This is a 5.5 mile trail that follows the path of the British Regulars and Militia during the opening battle of the American Revolution on April 19th, 1775.  The trail can be travelled on foot, bicycle, wheelchair and even with strollers.  The trail links Lexington to Concord and wanders through treed settings, wetlands and historic vistas of open fields and pastureland.  The National Park Service has an excellent multimedia program at the Minuteman Visitor center (parking area) and this is a great starting point to familiarize yourself with the events on that April day.   See a map of Battle road here http://www.nps.gov/mima/planyourvisit The NPS has painstakingly restored many of the buildings, sites, landscape vistas and even vegetation to the late 18th century period.  It is possible to stop at various spots by car, but to truly appreciate the trail you should walk or bike it.    Most of the buildings are open between the end of March to end of October, for operating hours visit  http://www.nps.gov/mima/planyourvisit 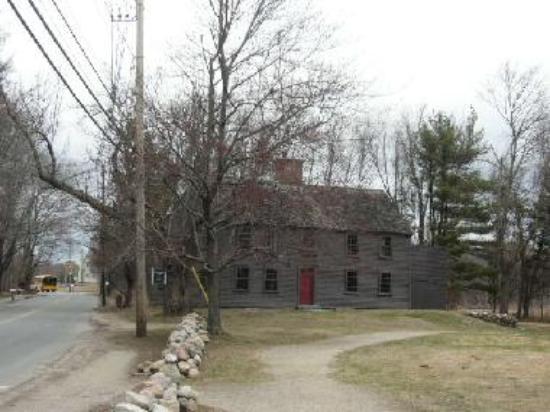 The trail begins at Meriam's Corner where the battle really began after the opening shots at the North Bridge in Concord (Parking is available east of the Meriam House on Highway 2A).  This is the spot where the British flankers had to come down off Arrowhead ridge after they had left Concord.  The Regulars had to cluster together to cross a small bridge over Mill brook.  The colonials began firing at this natural choke point. This battle began at approximately 12:30pm on April 19th, 1775.  The Meriam house (circa 1705, 34 Old Bedford Road) has a washroom and water fountain www.meriamscorner.org . 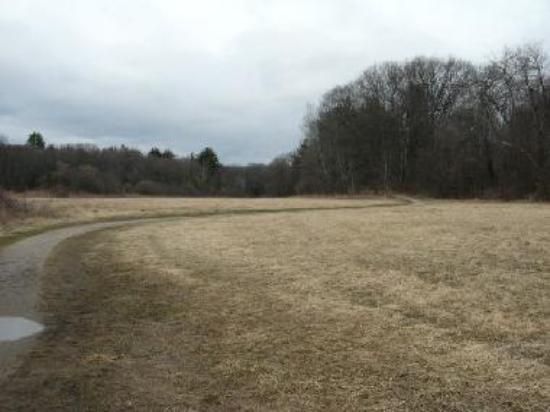 The trail then swerves to the North past historic farming fields and pastures.  Interestingly, most of the land along the trail was not treed as it is today.  It was cleared for farming and the fields were separated by stone rail fences. These stone fences became natural cover for the militia.   You will pass the Olive Stowe farm on the right which has been continuously farmed since the 1600's.  The trail continues on boardwalk trails through marsh areas (please walk bikes here). 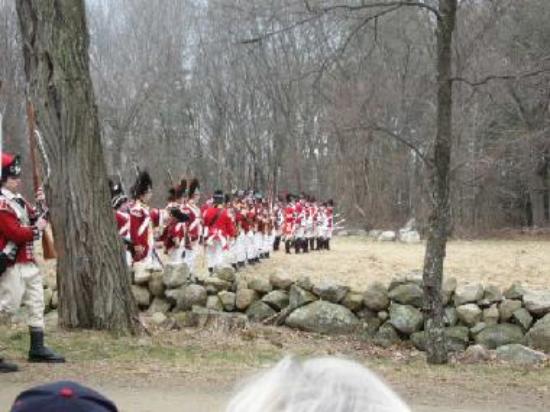 The bloody angle is ahead where there was intense fighting as the militia selected a natural ambush location for a crossfire.  Hartwell tavern (built 1732) has events in the summer including musket firing demonstrations (parking area) . See http://www.nps.gov/mima/ for a schedule of events. You will also pass by a foundation and chimney of the Samuel Hartwell site.  The house itself was unfortunately the victim of a fire in 1968 when it was being operated as a restaurant. 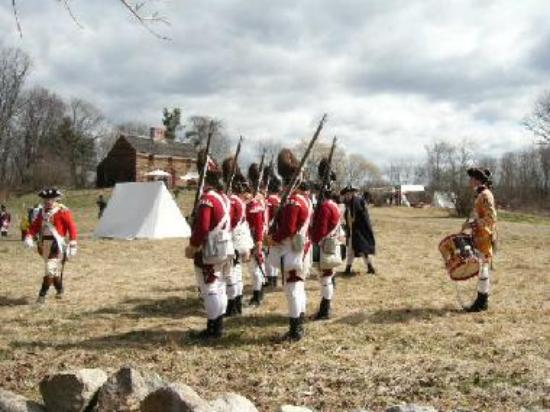 Captain William Smith house is next, home of the Captain of the Lincoln minutemen (also the brother of Abigail Adams).  The British re-enactment groups camp here on the Saturday of Patriot’s Day weekend (3rd weekend in April) see www.battleroad.org . 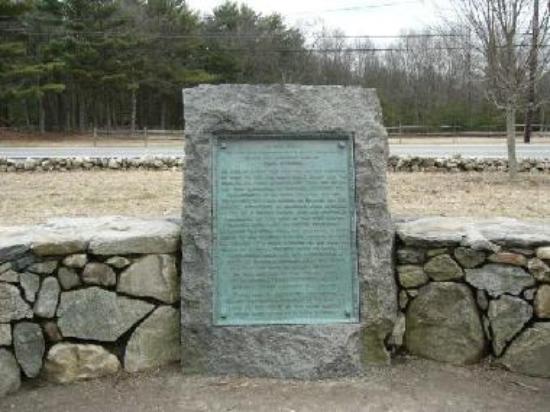 Paul Revere’s capture site is marked by a monument in a circular shape (parking area).   Samuel Prescott and Billy Dawes eluded the Regulars while Paul Revere was taken prisoner in the early hours of April 19th.  Revere was released soon after as the Regulars became more and more nervous after hearing his description of the numerous armed colonists that were gathering at Lexington.  This was reinforced by the sound of alarm guns and church bells ringing to alert the countryside.

The site of Parker’s revenge is next on the hill to the left.  Here the battered remnants of Lexington’s militia reformed after the devastating battle on Lexington Green that happened at dawn.  Parker’s men ambushed the returning Regulars on this naturally defensive hill.  The Minuteman Visitor Center is on the right and there is an excellent bookstore inside.  It is one of the few 20th century buildings along the trail. At the end of the trail you will reach the Fiske Well (parking area).  Wells were fought over on that day as the temperature rose.  Here a Regular and Militiaman from Acton both raised their guns as they reached the well at the same time and fired.  The Regular died instantly and the Acton man was mortally wounded.  At this point the battle was turning into a rout. The Regulars reached Lexington by 2:30pm and were only saved by Lord Percy’s reinforcements and cannon.  The Regulars had many miles to go to reach the safety of Boston and His Majesty’s Navy. They managed to reach Charlestown at dusk and collapsed on a site that would become famous in a couple months, Bunker Hill. 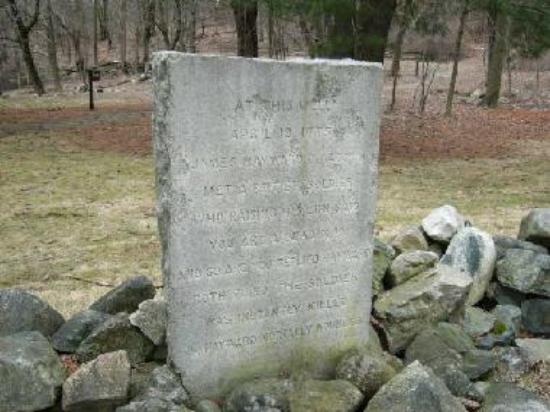