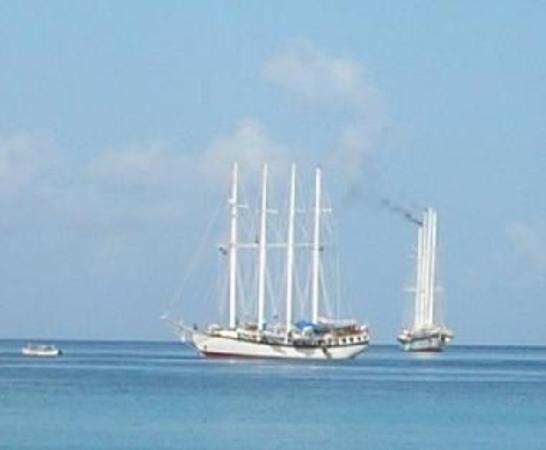 Peppered Pickled Pirate Party Time is a relatively new event for Nevis in the Caribbean. The event combines two things the Caribbean is known for: hot peppers and pirates; it promotes local history and culture, and it's really about having a good time. The event was launched in the autumn of 2009, when it ran at two times, first accommodating the British and European school vacation time from October 25 through October 31, and then after that, American Thanksgiving, November 22 through November 28.

Nevis has a lot of genuine pirate history. Famous pirate Captain Kidd got his start on Nevis by stealing a French ship from St. Kitts, after which the British Governor paid him for it. Perhaps surprisingly, Kidd used the money to help set up churches in New York City. His number two man, Hendrick van der Haul, is reported to have been "a small black man"; pirate crews were often 30% African, and these were true crew members and not slaves. There were many other pirates that visited this small Caribbean island, including "Black Bart", Bartholomew Sharpe, Edward Lowe, and the notorius François L'Ollonais. Horatio Nelson wasn't exactly a pirate, but he came to the island to stop Nevis from trading with the American colonies!

This festival is quite different from the normal music and food celebrations found throughout the West Indies. It started off with a "Pirate Invasion" of sailing vessels racing over from the neighbouring island of St. Kitts carrying Pirates into the harbour at Charlestown, with Pirate Flags flying. That night there was an Admiral's dinner at Montpelier Plantation Inn with dart throwing, handmade darts and a wine cork board.

There was a Pepper Sauce Contest for the local ladies, which was held at the Handicraft House. Nevis is already famous for its excellent pepper sauce, so the best of the best was really worth sampling.

One hotel, The Hermitage Inn,  hosted a party where all the food items started with the letter "p": a pig roast with potatoes and pumpkin soup, served with a pirate punch! Sounds delicious! Everyone who came to the party dressed as something that starts with the letter "p", thus dressing as pirates, priests, palm trees, penguins, pink elephants or postage stamps, were all possibilities! The most unusual costume won dinner for free.

Golden Rock Inn, had a Crew Carousal, singing pirate songs, and a contest for the best pirate joke, so watch out, Jack Sparrow!  Mount Nevis Hotel did a West Indian night with Conch Horn blowing.  Nisbet Plantation hosted "a "roaring rum mixer". This was not a bartenders' contest, but a curiosity: everyone brings something which gets mixed with rum to see what happens!  A beach barbecue follows. Hurricane Cove Bungalows also helped sponsor activities.

Peppered Pickled Pirates Party Time is a lot more than just food and singing.  A Family Day at Oualie Beach Resort raised money for local charities.  There was a poker race on bikes, a pirate pitch for marine education, and raffles of locally made art for the Change Centre for Single Mothers. There was an island-wide treasure hunt, with a treasure chest hidden around the island. Clues were given out on the radio, and posted at the hotels. There was also a water fight, where people brought water balloon bombs and squirt guns.

Since the ocean was calm enough, there was a Scuba dive to the ocean floor to look at the sunken remains of an old ship. There was also horse racing, and a Donkey Derby to raise funds for the Animal Rescue Centre.

This is a fun festival, rather than a fancy one, and it will take place in 2011 and subsequent years, so please contact one of the organisers for more details, or to give suggestions. Organizers can be contacted at organizers@piratesofnevis.com 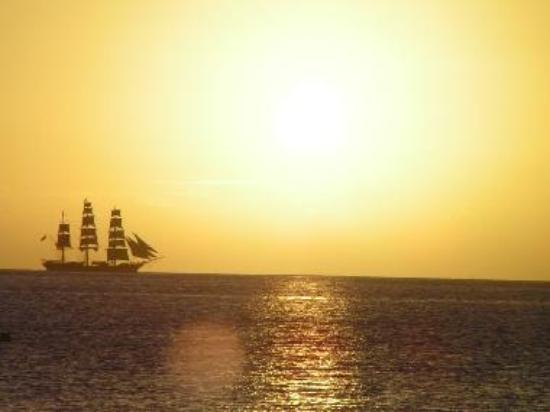 Set your sights and sails on Nevis for a "pirateful" of fun!