Nosy Be
Search for "{0}"
Post
Trips
Tip: All of your saved places can be found here in My Trips.
Inbox
Log in to get trip updates and message other travelers.
ProfileJoin
Search 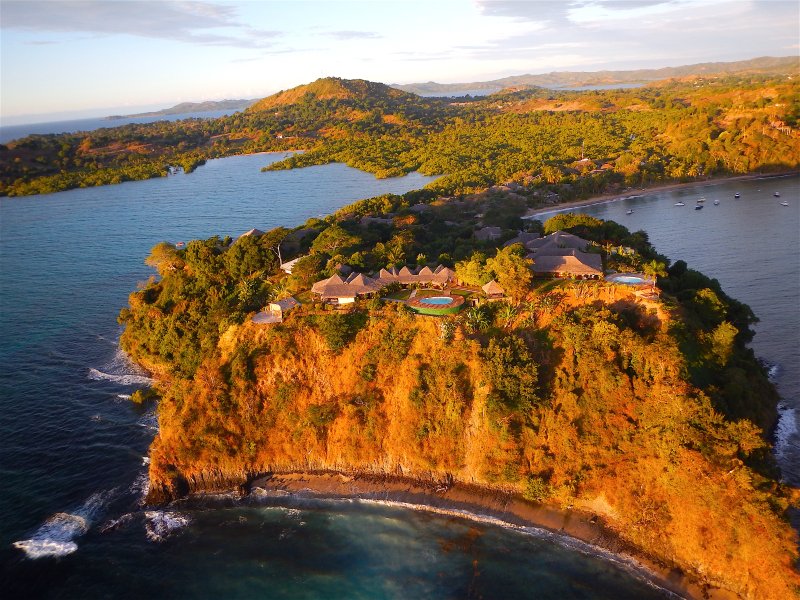 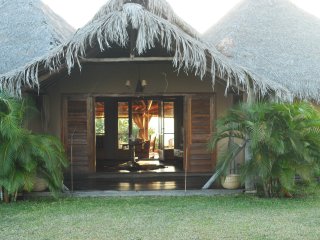 Excellent - based on 73 reviews
Write a Review

1 review
“Fantastic location on a great unspoiled island. ”
Reviewed January 7, 2018 for a stay in November 2017

We stayed there in the first week of november 2017. The villa‘s location is not beatable. Great ovean view. Nice pool. And very relaxing over all. 5 double rooms. 3 bathrooms to share. Great living area. We had 3 house mades who did a teriffic job. Loved their cooking. Lot‘s of fresh fish. 4 Massage ladies everyday. The owner of the villa was very kind and modest. He was organizing all the amazing trips to the little islands including lunches.
It‘s an amazing place to spend a very relaxing time. Absolutely loved the place.
The only thing to consider is that its a villa for 10 people who will live together night&day for 1 or 2 weeks so its best to go there with people you know or friends.
We will go there again soon hopefully!!!

Situated on a cliff right on the sea, this villa with 5 bedrooms (some shared bathrooms) has an incredible view on the sunset!
Ladies cooking for all your wishes, massage every evening and a very exiting program - choose between relax or adventure, you’ll be satisfied either way! ❤️
Madagascar will for always be in my heart!

1 review
“This is one of the most beautiful places you will ever stay!”
Reviewed September 2, 2017 for a stay in August 2017

We stayed at Casa Faly in August 2017, during a two week trip to Madagascar.
We were two families, nine people in total, and Casa Faly was the perfect size for our group. There were plenty of bedrooms, and bathrooms, for everybody.
The staff and the cooks were incredibly good. Which was great, because we had some kids and picky eaters in the group.
A driver picked us up at the airport with fresh flower lays from the gardens, and drove us straight to the property.
And then we saw the views. As the sun sets, at "golden hour", you sort of can't believe how lucky you are to be there, at the end of the Earth. It's just breathtaking.
We were at the house for 6 days. And that was a perfect amount of time (although I could have stayed longer!). We took day trips, via boat, to nearby sights. Nosy Iranja is a beautiful beach, about an 1:20 ride away. Sakatia is much closer and has a nice little beach and fishing village. Nosy Komba has lemurs and wildlife, and there is a Marine Park near it with great coral reefs and snorkeling.
One of the days, I went with the cook into Hell-Ville, to shop for dinner in the market, and that was great. To wander among the spices and super-fresh produce, and mangrove-mud covered crabs, is just a great experience. Local fisherman also walked up to the Casa with some of their fresh catch from the waters below - we had some amazing calamari thanks to one of them.
And the team at Casa Faly can arrange everything. They connected us with a local guide who spoke English, French, and Italian, and he arranged all of our outings. We had a masseuse come by one day. The refrigerator was stocked when we got there, with wine and beer, and all sorts of much-needed kid-friendly foods. We had to order Wi-Fi and buy a certain amount of it, but it was all pretty easy.
If you are going to Madagascar, you should go to Nosy Be.
And if you are going to Nosy Be, you absolutely should stay at Casa Faly. I have traveled all over the world and stayed at lots of nice places. But I have never stayed anywhere quite like Casa Faly.

(I just wish there was a way to give it six stars!)

Date of stay: August 2017
Would you recommend this hotel to a friend?   Yes.
Was this review helpful? Yes
This review is the subjective opinion of a TripAdvisor member and not of TripAdvisor LLC.
Problem with this review? Thank you. We appreciate your input.

It was a long trip to Nosy Be, but when we arrived have realized that every single mile was worth it. It is simply a fairy tale.
Beautiful house, relaxed atmosphere, amazing ocean view. The house stuff was extremely nice and helpful and pampered us in any way. This was the vacation I was looking for. And I am so sorry that the villa is already booked for the next August.

Date of stay: December 2016
Would you recommend this hotel to a friend?   Yes.
Was this review helpful? Yes
This review is the subjective opinion of a TripAdvisor member and not of TripAdvisor LLC.
Problem with this review? Thank you. We appreciate your input.

We (4 people) spent a wonderful week at Casa Faly. Everything worked out perfectly.
Stunning villa, amazing view, excellent food, great weather.
The staff was very well organized and very professional – they made our stay a pleasure!
Madagascar was quite a unique experience - the people, the nature, the animals, we loved it.

Date of stay: November 2016
Liked best: The facility, the view, the staff
Traveling group: Spouse/Partner
Would you recommend this hotel to a friend?   Yes.
Recommended for:
Was this review helpful? Yes
This review is the subjective opinion of a TripAdvisor member and not of TripAdvisor LLC.
Problem with this review? Thank you. We appreciate your input.

Date of stay: November 2019
Your age range 50-64
Would you recommend this hotel to a friend?   Yes.
Was this review helpful? Yes
This review is the subjective opinion of a TripAdvisor member and not of TripAdvisor LLC.
Problem with this review? Thank you. We appreciate your input.
Previous Next
1 2 3 4 5 6 … 11
Do you own a vacation rental? List it here.

Looking for a place to stay in Andilana?
View all 9 vacation rentals