Note that this hotel is miles out of town. Also, I did not stay here.

I'm still not exactly sure what happened. I had emailed a reservation for a standard room at 800b for two nights (I had not noticed, but it was for a twin room). They showed me a twin room - I was travelling alone so I asked if they had a double room. They showed me a double room that looked EXACTLY the same as the twin room. and told me that I could only have it for one night. I said that was OK, and then they asked me for 1,300b - almost twice the price. They had a copy of my reservation email and were waving it at me.

It was all a bit weird if you ask me. However, for 800b I think the rooms were acceptable. There is renovation work being carried out on the ground floor (June 2012), so it should look shiny new.More 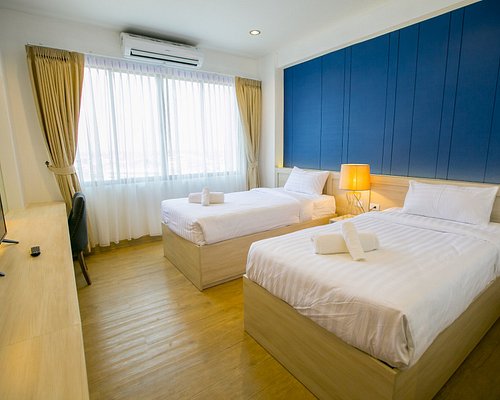 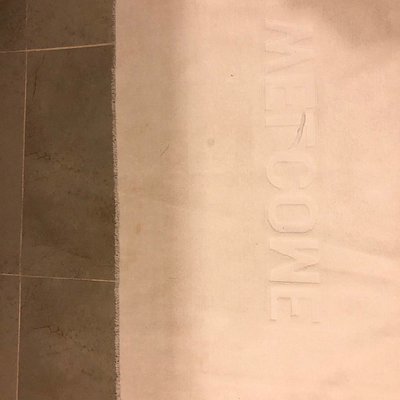 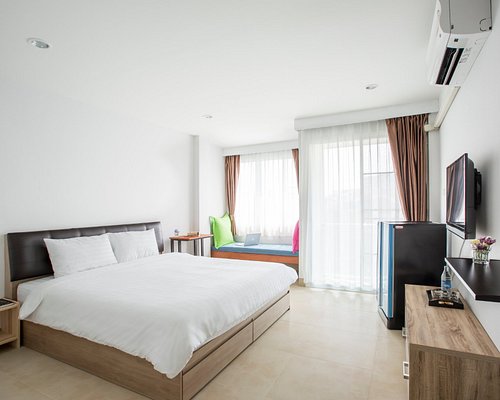 Phrae is a little off the tourist trail so its hotel offerings are fewer and less tourist-savvy than equivalents in places like Chiang Mai - but this place was well run and had some charming quirks.

We had a deluxe room on the top floor which was very large, had a recently renovated bathroom, and a decent sized balcony.

The staff did not have much English but were very helpful and gracious. The breakfast was perfectly fine and we ordered some food from the casual restaurant which was very tasty and cheap.

Only downside was some noisy bars across the road.

This place was recommended to us by a local as the best hotel option in Phrae and overall we were very satisfied.

This review is the subjective opinion of a TripAdvisor member and not of TripAdvisor LLC.
bluffcitydawg
Crawford, Mississippi
1028
Reviewed September 28, 2011
Great week at Phoom Thai Garden Hotel

We recently spent a week at the Phoom Thai Hotel in Phrae and had a great experience. In recent years, we have stayed at many hotels in town and we have found that the Phoom Thai has the best combination of amenities and friendliest staff at an economical price. The breakfast was great because they cater to both Thai and foreign travelers. The rooms were clean and comfortable with very good air conditioning. The owners and their friendly staff went out of their way to make sure we were comfortable. We even had them serve a meal for a large group one evening and it was delicious. Great experience and great people at the Phoom Thai Garden Hotel!

This review is the subjective opinion of a TripAdvisor member and not of TripAdvisor LLC.
Hawkus61
Australia
4125
Reviewed May 4, 2011
Comfortable

I drove into Phrae in a hire car just before Songkran; not being able to read or speak Thai in this town was an interesting experience. Even though I had enough maps to run an orienteering course, interpreting them was not that simple; and asking several Thais 'where am I now?' resulted in as many different answers as opinions. Do in-car GPS units work in Thailand? If so, they would be a worthwhile addition to the non-thai speaking Farang drive tourist.

Anyhow, after about 3 laps of the main town area, I worked out where the Phoom Thai was (just off the the main road out of town to Long). Ringing beforehand was no good, no speak English, so I rolled up anyway and was able to get a room. Base rooms had 2 single beds, so I paid 1200B for the next class up, which had a Queen bed in a comfortable room.

All room facilites were good and clean, except for if you are over 170cm tall, watch out for the low headroom in the en-suite entry space, I wore a couple of head bruises for a couple of days afterwards. Bed was Thai-style firm but comfortable. Breakfast was an adequate thai-western hybrid variety. Wifi connection didn't work for me, but there was internet access near the lobby.

The hotel setting and style is of solid block, render and paving; there is an attactive garden setting in the courtyard.

Just across the road there are a couple of restaurants; one huge one with Thais cooking up all sorts of food on hot stone plates, and an adjacent smaller one that had an English language menu; I had an excellent meal at the latter, and even the Tom Kar Gai was served in a steamboat which was lit at the table; nice touch!

This review is the subjective opinion of a TripAdvisor member and not of TripAdvisor LLC.
johnpattaya
Rochdale, UK
12664
Reviewed April 25, 2011
Hotel OK, breakfast poor and city tour a waste of money

Small hotel, rooms ak if a little old, nice big balcony. Bathroom OK. Garnens OK. Very helpful owner and all the staff excellent. We did the city tour recomended by the hotel which cosisted of visiting a couple of Wats and a driver who could not speak English. I thought the breakfast was disappointing with stone cold eggs. We also had a meal there and that was poor value.

First of all, we would like to say thank you for your comments. Also, we are so sorry about your inconvenience during stay in the hotel. As our customers mainly Thais, our breakfast contains a lot Thai food. We are recently improving our daily breakfast to serve our foreigner customers which includes fresh cooked egg, ham, bacon, cereal, yogurt etc. Moreover, we do employ more staffs who are English speaking in order to service our guests. Thanks again for your kindly visiting and we look forward to welcome you and your guests again.

Report response as inappropriateThank you. We appreciate your input.
This response is the subjective opinion of the management representative and not of TripAdvisor LLC.
Barney014
Welsh Border
41
Reviewed March 1, 2008
A City Garden Hotel

A modern hotel built in Lanna style, Phoomthai Garden is a clean, comfortable place to stay. I stayed there for over six months from June till early February.

It is of sufficient size - about 45 rooms - to allow for privacy and small enough to engage in conversation with other guests or the owners Mr. Sam & his wife Tu. Both are fluent English speakers and can give good advice about sight-seeing in Phrae ,about onward travel plans & just down to earth things about buying basics or even finding a dentist!

. Included in the room rate which varies, I think, from 700-1,200 Baht is a substantial breakfast,(around 60 Baht to the £). Each room has a hot shower, a T.V. (but not many English Language programs), a mini-bar, air-conditioning and a terrace for sitting out, ( try to get a garden view room which most are). Wireless Internet connection is free and mine worked both in the lobby bar area and in my room and if you don't have your laptop, it is either free for guests or just a few Baht per hour to use the computers in the lounge. And, you can even pick up an English book to read there!

I ate quite often in the restaurant. It has a choice of both Thai & European fare. The food is tasty & the price modest.

Book ahead too! This hotel is much busier now than when I first stayed back in June with both Thai and international guests.

This review is the subjective opinion of a TripAdvisor member and not of TripAdvisor LLC.
View more reviews
PreviousNext
1…121314…21