$97
View deal
eDreams$82
CheapTickets$141
Orbitz.com$141
View all 10 deals
Prices are the average nightly price provided by our partners and may not include all taxes and fees. Taxes and fees that are shown are estimates only. Please see our partners for more details.
Traveller2theworld
Phuket, Thailand
5252

This is the second time my family visited Ao Kao in the last 2 months, I joined them this time and was impressed with the friendliness of the staff and how well they took care of us. Very family friendly place, where they really love children and so unlike europe where children are considered a pest in most places. Nevertheless the place is big enough and the bungalows are spread out enough that guests won't be disturbed by eachother.

And a specially worth mentioning the food, really awesome quality, and this is even the low season, must be better and bigger selection in high season.

See all 303 reviews
Nearby Hotels 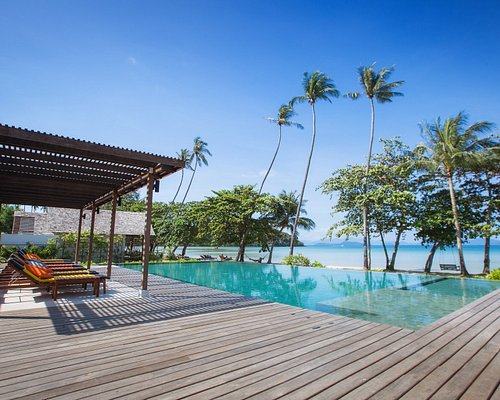 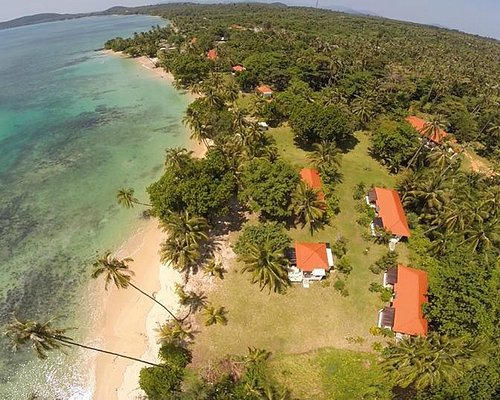 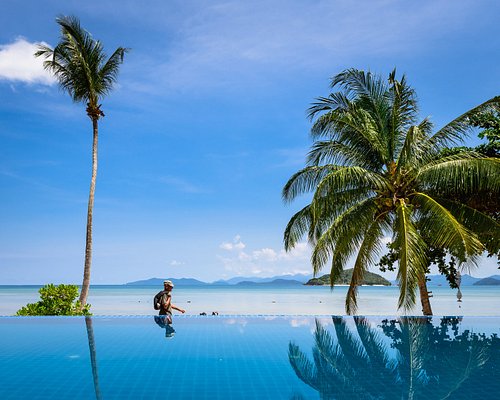 Looking for a romantic get away for me and my gf I booked a beach bungalow for 2 nights including breakfast via agoda.com for a good rate at this family owned and -run resort. Took Lelawadee speedboat from the Laem Ngob pier to the Ao Kao pier. Upon arrival found that there were no (songtaew) taxi's available and the pier otherwise was deserted too as it is low season and not many tourists come to the island. How to get to the resort? Going any further was as good as impossible because the rainfall (monsoon time!) had created a thick, slick mud pool right at the pier entrance. Unfortunately I did not have a phone number of the Ao Kao resort: the agoda booking only mentioned their address. (Maybe a tip to have a contact number included on the booking confirmation. Or have the resort name and number listed at the pier?) Anyway, since this is a review of Ao Kao White Sand Beach Resort I don't want to spend too many words on the transportation troubles we had. We made it to the resort (by songtaew) after about 45 minutes. No biggie.
We arrived at the resort which seemed pretty deserted. We were greeted by a friendly lady at the main building, where also the restaurant is located. We were given the "Talay Dao 4" bungalow, which indeed was a beachfront bungalow, with a nice view. (Although our ocean view was a bit muddled because we had the Ao Kao golf cart parked right in front of our bungalow. Not a big deal to us though.) They were also building a new bungalow next to ours, about 15 meters away, but no disturbing sounds were made while we were there.
The interior of the bungalow was spacious. A large bed, with a mosquito net present overhead the bed. A (squicky) rotating fan on the ceiling above the bed and an arconditioning unit in one corner of the bungalow, luckily not blowing it's air over the bed. A tv and dvd player (they have a huge collection of dvd's available at the resort, although I wonder why one would want to watch dvds while staying at this beautiful place), a large wardrobe, desk, large fridge. A large veranda with table and 2 chairs. Nice, large, separate bathroom, with toilet, washbasin and shower with hot water. Plenty of lighting and ac wall outlets. Wifi present.

We rented a motorbike at the resort so we could explore the island. Due to the rain many dirt roads were inaccesible and we therefore could not visit many of the other beaches.
The resort has a nice layout with a nice beach, although it is not just sand. A lot of vulcanic rock too which is very visible during low tide. But there are plenty good swimming areas too. Unfortunately here also a lot of plastic that washes ashore on the beach. A global problem :-(

The overall impression of the resort is very good. It was quiet and romantic. I do fear though that during high season it can be pretty noisy in front of the ocean view bungalows as they have a trampoline set up for kids as well as a beach volleyball court. The beach I found a bit disappointing, not only because of the rocks, but also because it was not clean, but that is probably due to the low season and the fact that it rained a lot as well, so nobody bothered to look after the beach. Guests that visit during high season (Nov - Feb) can give feedback about the cleanliness of the beaches then.

This review is the subjective opinion of a Tripadvisor member and not of TripAdvisor LLC.
BeverleyCupcake
Beverley
2829
Reviewed July 6, 2012
Best place in Thailand

We booked through asia rooms and got an amazingly good deal. We arrived on Koh Mak and Sai picked us up from the pier. The resort is gorgeous, the rooms are amazing all with sea views, its a peaceful, beautiful place. We extended our stay from 3 to 10 nights as soon as we arrived!!! The endless supply of DVDs to watch was an added bonus!
The family that own the place are all so lovely and breakfast and dinner was always great too.
Thank you for having us we will never forget our stay :)
Jane and Paul

This review is the subjective opinion of a Tripadvisor member and not of TripAdvisor LLC.
MickBrNL
Amersfoort, The Netherlands
4753
Reviewed April 21, 2012
Great rooms

We stayed in a ayutaya hut in the resort. It really was excellent. The room was well maintained and cleaned. It was really spacious. The staff is really friendly and they offer tons of free activities such as mountain bikes, snorkeling gear and when there not broken canoes. The food is mediocre but you can always choose to take one of the bikes and go out dining( we really recommend seafood barbecue.

This review is the subjective opinion of a Tripadvisor member and not of TripAdvisor LLC.
ururoa
Thames, New Zealand
2617
Reviewed April 21, 2012
Best chill out ever

If you are looking for a real laid back, low intensity, chill out holiday this is for you. Not for the party scene (not that anywhere on Koh Mak is for that!). Great beach, good snorkeling off to the left of the restaurant (but watch the giant sea urchin spines, you don't want one of those in your leg!). And please don't stand on the coral! The resort was fully booked, but because it is so spread out, you hardly notice anyone around.

Simple but very clean bungalows, looks like a recent internal refurb with newly tiled bathrooms. Definitely not 5 star resort, I would put it at a solid 3, but that is more than enough for me. Just a clean, well run, awesome location for a few days relaxation, and that was what we got. Restaurant wasn't that flash, a lot of things off the menu (it was Songkram so they may have had difficulty getting supplies), breakfast average, but we rented a scooter and headed around the island and sampled some of the local restaurants, not too bad. Really friendly relaxed staff.

Room tip: Bungalows to the left of the restaurant (facing beach) are older, but bigger and close to the water. Bungalows to the right are newer, but further away from water. We stayed on the left, good choice.
Ask ururoa about Ao Kao White Sand Beach Resort
1  Thank ururoa

This review is the subjective opinion of a Tripadvisor member and not of TripAdvisor LLC.
ChMBK
St. Gallen, Switzerland
9599
Reviewed April 14, 2012
Beautiful resort - but poor equipment

We booked four nights in march at this Thai-family-run resort located directly at the sandy beach. The bungalow that we got looked very comfortable but there was a extremly bad smell in it. We asked at the reception and they sent us somebody who installed an air-refreshener (we doubted if this is the perfect solution for this kind of problem...). Even though the smell was not much better. The next morning, we insisted in changing the room and we got another bungalow which was fine. So we could really enjoy the following days there. There is a buffet breakfast in the morning, which we found quite good. And there is a good restaurant at the resort and also many more in the area. We liked, that we could rent bycicles for free there, even they were not in a good condition. It would also be possible to take their kajaks but their "bodies" were filled completely with water and sand because of small holes. Most of the snorkel-equipment was broken. There was written everywhere that there is a happy hour at the beach bar but during our whole stay, the beach-bar was closed, because the barman was absent...
All in all a nice stay at a beautiful place. We just hope that they will look after their equipments a bit better, so that you can enjoy your stay even more!