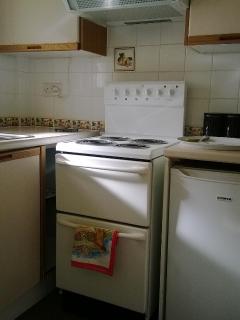 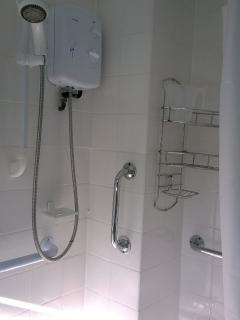 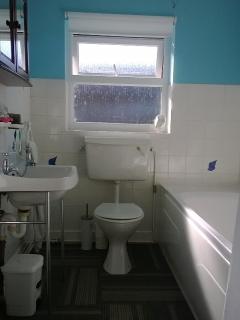 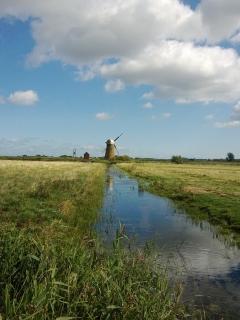 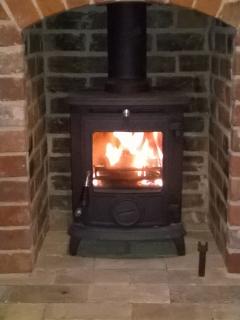 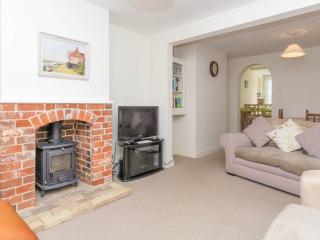 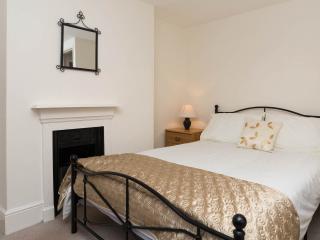 Very good - based on 16 reviews
Write a Review

There is no one thing wrong with this place. Think mill workers terraced "two up two down" house in Lancashire, which 100 years later, by the sea, becomes a Cottage. The property has been nicely extended at the back, minus points like access to the bathroom via one of the bedrooms are pointed out, as is the "Compact Kitchen", which another reviewer criticised even though the adverts made it quite clear. We found it acceptable as we weren't about to prepare Banquets whilst on Holiday. Who Does? The advertised wood-burner is non-functional, having no flue, but not a deal breaker in summer. Someone else thought there was too much furniture but we had no problem with that. The location is superb, very short distances to walk to the beach, the pub, the take-away, the greengrocers and the Post Office/mini supermarket , plus the well stocked Spar shop further down the street.

Parking is definitely an issue, not whilst we were there in term time, however the street is VERY narrow with parking on one side only and there are several other holiday lets close by, so things could get a little too busy in peak times There is no formal turning space at the closed end of the street so that could cause problems. The alternative sea-front car park is too expensive to consider, charging up to 11 p.m. and from 8 a.m. as it does. Who gets up to go and buy a parking ticket at 8 when on holiday? There is a free car park in the village but that seemed to be well used for obvious reasons. When will councils learn?

Both upstairs and downstairs inside the cottage have several changes of level which could be troublesome to toddlers or elderly persons, plus the stairs turn 90 degrees at the top, as they do in such houses, causing the steps to narrow down to almost nothing on the inside of the turn. Very difficult if you want tea in bed of a morning!

There is a warning posted about the temperature of the electric shower varying because of the low water pressure locally but with only two of us there it was easy to make sure no-one turned another tap on during a shower. It can also be turned down to half power, which was plenty hot enough for me. Also, the boiler provided plenty of hot water for a bath, provided the bather wasn't impatient, again due to the low water pressure.

So, nothing really uniquely bad, just lots to take into account. With me it was the parking, even though I didn't have to fight for a space in front of the house. A nice place in a great location but. . . .

Date of stay: July 2014
Traveling group: Spouse/Partner
Would you recommend this hotel to a friend?   No.
Was this review helpful? Yes
This review is the subjective opinion of a TripAdvisor member and not of TripAdvisor LLC.
Problem with this review? Thank you. We appreciate your input.

Had a wonderful peaceful stay. Spacious cottage, very clean, everything you would need! Street is narrow but parked fine for the weekend-carpark only 2 mins away anyway ;). Great area,loads to do!

Date of stay: July 2014
Would you recommend this hotel to a friend?   Yes.
Was this review helpful? Yes
This review is the subjective opinion of a TripAdvisor member and not of TripAdvisor LLC.
Problem with this review? Thank you. We appreciate your input.

18 helpful votes
“Very small, too much furniture, wood burner not even connected!”
Reviewed July 20, 2014 for a stay in July 2014
2
people found this review helpful

Parking was non existent for a start so unloading very tricky. Rooms very small and cramped especially kitchen. Hot water a real issue as if anyone turned on a tap whilst you were in the shower you got burnt which I did.

Date of stay: July 2014
Would you recommend this hotel to a friend?   No.
Was this review helpful? Yes
This review is the subjective opinion of a TripAdvisor member and not of TripAdvisor LLC.
Problem with this review? Thank you. We appreciate your input.

Maydrift Cottage is ideally situated in the quiet location of Mundesley, a two minute walk to the beach, local shops and the "chippy". We found the cottage to be clean and spacious with the bathroom off the bedroom not a problem as there is a second toilet. The street does have limited parking but that also means no through traffic making it very peaceful. We would definitely like to return.

Date of stay: May 2014
Traveling group: Friends
Would you recommend this hotel to a friend?   Yes.
Was this review helpful? Yes
This review is the subjective opinion of a TripAdvisor member and not of TripAdvisor LLC.
Problem with this review? Thank you. We appreciate your input.

very clean and comfortable cottage close to beach, shops and pubs in the village. comfortable bed, hot shower and lovely and warm cottage. Plenty of space and added bonus of garden to relax in. was late arriving due to traffic this was no problem just kept in touch with agent by phone to let him know arrival time. Parked all weekend on road outside with no problems. would recommend.

Date of stay: April 2014
Traveling group: Spouse/Partner
Would you recommend this hotel to a friend?   Yes.
Recommended for:
Was this review helpful? Yes
This review is the subjective opinion of a TripAdvisor member and not of TripAdvisor LLC.
Problem with this review? Thank you. We appreciate your input.
Previous Next
1 2 3
Updating list...
Do you own a vacation rental? List it here.

Looking for a place to stay in Mundesley?
View all 48 vacation rentals