Orbitz.com
ZenHotels.com
Agoda.com
View all 7 deals
Prices are the average nightly price provided by our partners and may not include all taxes and fees. Taxes and fees that are shown are estimates only. Please see our partners for more details.
TRVLbreak
Surat Thani, Thailand
3814

Brand new and right on the river!

We followed the friendly owner from the bus station to the Good View (about a 5 minute walk) and were pleased to see a brand new guesthouse (some of it not quite finished yet). It was located right on the river and had a "good view", perfect for sunset. My girlfriend and I got a fan room with an attached private bathroom (w/ hot water shower) for 300 baht/night. Great value! They also had air-con rooms for a little bit more. They also had free wifi and free breakfast (coffee/tea and toast with butter/jam). There were 3 or 4 bicycles for use (free also) in the front. We didn't eat dinner there so I can't comment on the food, but as far as the accommodation goes I'd highly recommend it. It's about the same price as similar guesthouses along the river, but this one is brand new!More

Show less
Room tip: Rooms on the bottom floor (riverside) have an unfinished porch area but it's coming along and the rooms themselves are fine.
See all 44 reviews
Nearby Hotels 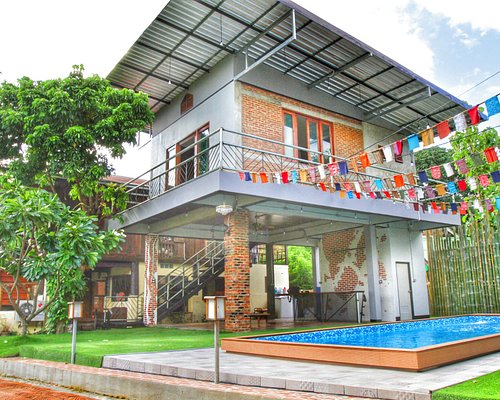 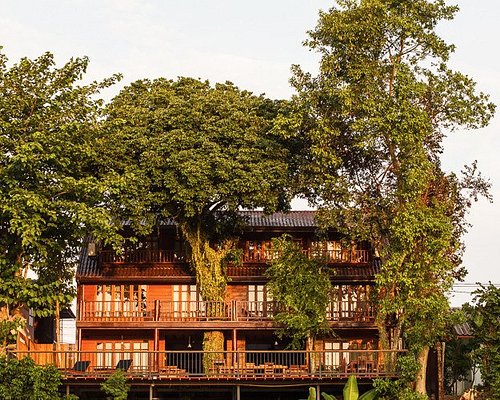 The owner met us on the bus station when we were having a look at the map and introduced his hotel. Directions: Out of bus station, take right and then take left in the alley which is opposite to 'Sombat tour company'. There are signs to guide you from here. First we were shown AC rooms costing 500 THB and looked pretty good. These are on the same floor as reception. Next we asked to see fan rooms costing 300 THB, looked very basic and decent. All rooms were facing the river side and included breakfast (Bread and coffee). Fan rooms were on the underground level, meaning river was very close. Bathroom was good with hot water and twin beds had little space to walk between them. We took the budget option and it was basic enough, except that the next day there were a few ants in the room and a few insects in the bathroom. Would not recommend for a long stay. Rather, AC rooms looked newly constructed. This hotel is very much on the strip where there are many other hotels. The owner was very helpful speaking fair English, he helped us with navigating through the place, drew rough maps, chatted in evenings, arranged bike at the hotel (costing 250 THB, but new one). He himself belonged to the minority hill tribe, but could speak English as his father worked with the Burmese army.