Barbados
Search for "{0}"
Post
Trips
Tip: All of your saved places can be found here in My Trips.
Inbox
Log in to get trip updates and message other travelers.
ProfileJoin
Search 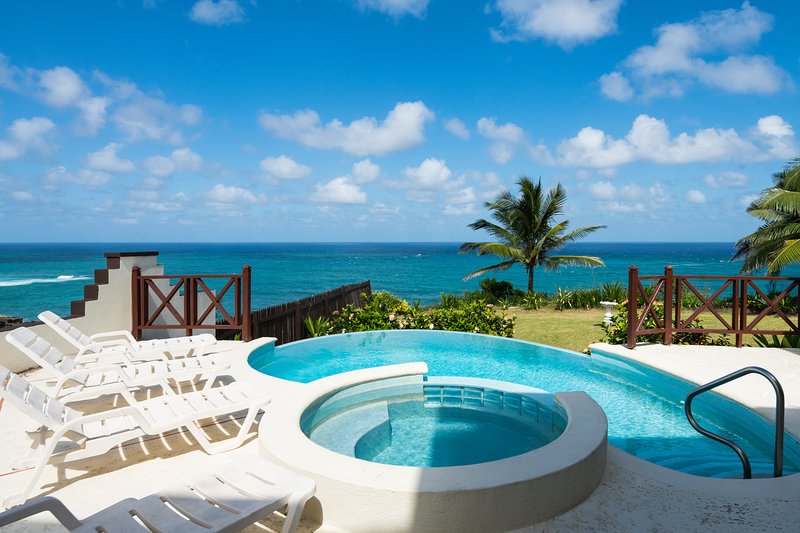 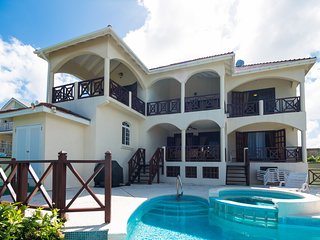 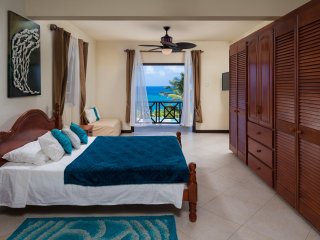 Very good - based on 6 reviews
Write a Review

3 helpful votes
“Perfect spot for our family holiday ”
Reviewed January 3, 2017 for a stay in January 2017
2
people found this review helpful

The villa met our expectations in every way. It was a lovely space for our group of seven and could have accommodated a few more. The local property manager, Bert, was a tremendous support, meeting us at the airport and helping get us settled in. He truly went out of his way to make sure we had a great experience throughout our stay!

Date of stay: January 2017
Was this review helpful? Yes
This review is the subjective opinion of a TripAdvisor member and not of TripAdvisor LLC.
Problem with this review? Thank you. We appreciate your input.

11 helpful votes
“A great house with a fantastic view away from it all”
Reviewed February 29, 2016 for a stay in February 2016
4
people found this review helpful

Orion's View was great for us, being in a quiet area, away from the hustle and bustle of the south or west coasts. The view is lovely and the location means that the property gets a cooling sea breeze most of the time.

The pool is smallish, but suited us just fine, and being able to float in the pool and gaze out to sea is wonderful. There are several balconies at the back of the house, and because they face north they provide nice shady spots to sit and relax. The upstairs terrace has two loungers which is a lovely place to lie back at watch the waves. Despite being north facing, the garden gets plenty of sunshine - in fact the orientation means you can choose from sunshine or shade as suits you.

The house had everything we needed. We barely watched the large cable TV, but we made plenty of use of the wifi, which was reliable and fast throughout the house. There is a safe in the master bedroom, although it's quite small. We appreciated the air conditioning in the master bedroom and enjoyed the whirlpool bath in the master bathroom, which also has his/hers basins and a separate shower cubicle.

The kitchen has an oven, hob, microwave and a large fridge/freezer with a handy ice bucket and ice trays, so it's easy to keep a good stock of ice cubes on hand for those evening drinks on the terrace. The utility room has a large washing machine and dryer.

Bert, the caretaker, was very helpful. He met us at the airport and led us to the house and called several times during our stay to check if we needed anything and to arrange housekeeping. This provided a nice sense of security of knowing there was someone at the end of the phone who could come round and sort out any issues we might encounter.

I'll mention the few negatives we found (because I never quite believe reviews where people say "everything was perfect"). The doors and windows are a bit on the tatty side and those facing the sea tend to get covered in spray. We never got on very well with the oven, although the owner has also provided a counter-top oven which was much better and allowed us to cook everything we wanted. The washing machine takes a very large load but also sounds like a jumbo jet trying to take off when it's spinning, so don't put on a load just before retiring to bed. Oh, and Jackie's bar across the street has karaoke every other Saturday night which is loud and goes on until late.

However none of these negatives would put us off booking again. Orion's View suited us very well, was (given the cost of staying in Barbados) fairly priced for the standard of accommodation and has ample room for a large family (or 2 families) to stay in comfort.

As for the location, Orion's View is situated in a quiet area of other residential properties. Bottom Bay is beautiful and just 10 minutes away by car. Bath Beach is a similar distance and has plenty of shade and a children's playground while Bathsheba is around half an hour's drive (up some pretty bumpy roads). A large supermarket at Six Cross Roads can be reached by car in 15 minutes. Oistins is around half an hour away too, while Bridgetown is more like 45-50 minutes. If you want to spend all your time on the west coast, then this probably isn't the place for you, but then there are so many beautiful (and quiet) beaches on the east coast and slightly livelier (but still lovely) beaches on the south coast.

Date of stay: February 2016
Traveling group: Young Children
Would you recommend this hotel to a friend?   Yes.
Was this review helpful? Yes
This review is the subjective opinion of a TripAdvisor member and not of TripAdvisor LLC.
Problem with this review? Thank you. We appreciate your input.

25 helpful votes
“Spacious villa with a view to die for!”
Reviewed September 5, 2015 for a stay in August 2015
1
person found this review helpful

Our UK party of 8 found the villa spacious and well-equipped. Numerous bathrooms, the pool, the ocean view. Wow!
Owner, Kevin, was extremely helpful from the start. His suggestion of pre-booking a meal delivery from nearby Jackie's Bar and Grill for our arrival worked well. We took advantage of Jackie's culinary talents twice during our stay and sipped cold beer and rum cocktails several times at her bar on our doorstep.
Other dining experiences we loved were East Point Bar and Grill, The Roundhouse (another view to die for!), Cafe Luna, Marco Polo and various restaurants at The Crane Hotel.
The younger members of our party were delighted not to lose their lifeline (internet access!) during our stay. The villa's wi-fi worked well considering there were times when all 8 of us were accessing it at once.
Our 'away from it all' villa was a great base for visiting the island's attractions. Nearby beautiful beaches such as Bottom Bay and Bathsheba, or a 30-40 minute drive took us to calm, aquamarine Caribbean beaches like Alleyne Beach and Pebble Beach. At Mullins Bay we swam out to a floating raft with benches. Watching the sunset from that raft was a moment of magic I will never forget! Other highlights included a visit to St Nicholas Abbey, a walk along the boardwalk at Hastings, the Mount Gay Rum Distillery tour and a brief escape from the heat in the Harrison Caves.
The biggest highlight was our private snorkel trip with Therapy Charters. Our crew of 2 sailed us to the perfect Caribbean location for swimming with turtles and shipwrecks. (Coincidentally, the owner of the charter lives next door to the villa!)
The villa's drive-way was perfectly sized for our 2 hire cars. Although there are regular bus services everywhere I'd recommend hiring your own vehicle, ideally 4-wheel drive as there are numerous pot-holes, particularly hard to spot post-sunset!
We knew that the villa had no air conditioning, and were happy to take a chance on sea-breezes and fans. For most of our household this was adequate, but some of us did struggle to sleep, especially on nights when the breeze had dropped as it got very hot and sticky. If the choice was mine, I'd come for a return visit to Orion's View only if they installed air conditioning, but I know it wasn't such an issue with other members of my party. It's a matter of preference. If you're not usually bothered about air con, you'll probably be fine. I'm guessing air con would bump up the price, somewhat, so it depends on what's a bigger priority for you. Over all, you’re getting value for money and a real gem of a property.

Date of stay: August 2015
Traveling group: Large Group
Would you recommend this hotel to a friend?   Yes.
Recommended for:
Was this review helpful? Yes
This review is the subjective opinion of a TripAdvisor member and not of TripAdvisor LLC.
Problem with this review? Thank you. We appreciate your input.

Spent a couple days here with 9 friends and collectively, we had an excellent overall experience. Clean and relatively modern facilities with a security system. The pool was smaller than it looks in the photos but surprisingly it's really spacious. All 10 of us were in it at one point in time. We would definitely consider staying there again.

Date of stay: June 2014
Would you recommend this hotel to a friend?   Yes.
Was this review helpful? Yes
This review is the subjective opinion of a TripAdvisor member and not of TripAdvisor LLC.
Problem with this review? Thank you. We appreciate your input.
Previous Next
1 2
Do you own a vacation rental? List it here.

Looking for a place to stay in Marley Vale?
View all 1 vacation rentals