$51
$43
View deal
Free cancellation until 12/10/21
Booking.com$51
Priceline$51
Travelocity$51
View all 13 deals
Prices are the average nightly price provided by our partners and may not include all taxes and fees. Taxes and fees that are shown are estimates only. Please see our partners for more details.
Jopi R
1

Review of Swiss-Belhotel Sorong
Reviewed May 17, 2017

The best hotel in sorong city with luxury place and comfortable,with charming staffs if you arrived in this hotel. Variable menu at restaurant with a good price..the room was okay..good wifi for browsing. I suggest if traveling in sorong this hotel is good destination.More

Warmest greetings from Swiss Belhotel Sorong,
We really appreciate you giving us kindest review for our hotel. Believe me when i say all the team members are happy to have you and the rest of the crews staying with us.
Our door is always open for any recommendation of improvement, do let us know

Home away from home is what we really want for all our guests to feel.
With kindest regards,
Santi Kartikasari


Report response as inappropriateThank you. We appreciate your input.
This response is the subjective opinion of the management representative and not of TripAdvisor LLC.
See all 513 reviews
Nearby Hotels 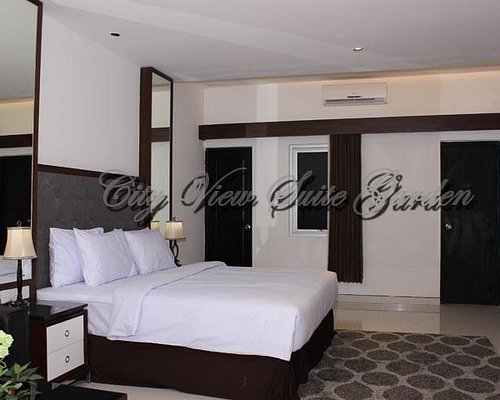 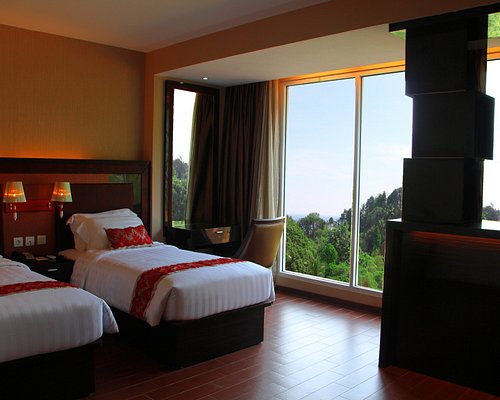 Clean and comfortable hotel in Sorong. Not the cheapest but has a good breakfast and kind staff. Nice break after the basic accomodation in Raja Ampat.

I stayed for 4 nights as I needed to visit the local hospital to get my ears irrigated. May (lady at reception) showed me around Sorong which was very very kind.

Warmest greetings from Swiss Belhotel Sorong,
I hope your memories of wonderful trip in Raja Ampat make speedy recovery instead. We have forwarded your regards to May and she's very happy to know that you appreciated her gestures of kindest. Make sure to squeeze us in your next holiday and take care always.. ..

Report response as inappropriateThank you. We appreciate your input.
This response is the subjective opinion of the management representative and not of TripAdvisor LLC.
Octavyani S
Jakarta, Indonesia
51
Reviewed May 8, 2017
Greatest Hotel in Sorong

If you looking for a 'literally' hotel at Sorong, you must stay in this hotel. Have a nice Breakfast too. I Love all kind of 'heavy' meals in here. So tasty and delicious. Oh, just one problem for me, the shower is too strong and lil bit hurting my skin. But so far.. I like this hotel so much! :)

Report response as inappropriateThank you. We appreciate your input.
This response is the subjective opinion of the management representative and not of TripAdvisor LLC.
Christine H
UK
1522
Reviewed May 3, 2017
Did not meet expected 'international' standards

We stayed here on transit to Raja Ampat for 1 night before and after our boat trip. One pair of running trainers which belonged to my husband was stolen from our balcony (on the 3rd floor!). They said there was no CCTV and made no apologies regarding the problem. On the first night, we noticed a large staff gathering (telecommunications company). The noise they made (+ televisions left switched on all night) penetrated our walls until at least 5am in the morning. Despite hotel staff knowing that these people were staying in those rooms, they should have placed us away from the commotion. We spoke to other travellers who were also in the same hotel who were upgraded to a suite on check in where it was quieter, but we were not offered this option. On our second night after the Raja Ampat trip, we returned and asked for a quieter room but were placed in one of the rooms facing the planes taking off on the runway. We were also repeatedly questioned about our room number by numerous members of staff, which made us feel uncomfortable (as if we had broken in). On our second night's stay, we asked the for the restaurant bills to be tabbed onto our room bill (which was fine on our first night's stay), but the staff said that reception said that this was not possible and that we had to pay immediately. I have never been to any hotel in the world (with international standards) where this has been such an issue. The wifi worked fine.

Warmest greetings from Swiss Belhotel Sorong,
Please allow me to apologize for the inconvenience occurred during your recent stay. We have taken your notes serious and investigation on your lost item proceed on the spot. Rest assure the procedures will be review and corrections will be made.
Once again thank you and look forward to see you again on your next trip

Report response as inappropriateThank you. We appreciate your input.
This response is the subjective opinion of the management representative and not of TripAdvisor LLC.
gracew216
3847
Reviewed April 28, 2017 via mobile
Excellent Hotel in Sorong

My 2nd visit to this hotel, every year I usually visit Sorong for work trip and stayed for 4-5 nights in the Hotel
Their cleanliness is good, they has maintained everything very well.
Service is good,breakfast was okay and acceptable. It just need more improvement for adding more menu, I gave up after spent 3 days eating "almost" the same menu selection every morning since there were no more choices.
The room was okay,pricey but worth it.

Welcome back and warmest greetings from Swiss Belhotel Sorong,
Thank you for kind comment towards our Hotel. We will make sure to forward your comments to the team member that their effort was being appreciate. Our Chef has taken your note and will work on it. Once again thank you and look forward to see you again ...

Report response as inappropriateThank you. We appreciate your input.
This response is the subjective opinion of the management representative and not of TripAdvisor LLC.
Mike W
Petaluma
174
Reviewed April 26, 2017 via mobile
Overnight stay in Sorong

Excellent hotel to stay at in Sorong. Room was excellent and breakfast buffet was included in price which was quite reasonable. We also ate at the buffet for dinner, very good and also quite reasonable. Left for a live aboard dive trip from there, excellent way to start trip

Warmest greetings from Swiss Belhotel Sorong,
Thank you for taking the time to write us the review for our hotel in TripAdvisor. We wish you a great holiday with lots of pictures to share and unforgettable memories.
Hope to see you again soon and take care ..

Report response as inappropriateThank you. We appreciate your input.
This response is the subjective opinion of the management representative and not of TripAdvisor LLC.
View more reviews
PreviousNext
1…202122…