Orbitz.com
eDreams
Expedia.com$37
View all 13 deals
Prices are the average nightly price provided by our partners and may not include all taxes and fees. Taxes and fees that are shown are estimates only. Please see our partners for more details.
Globerwalker
Seoul, South Korea
257212

This resort is like of a Thai version of the UK family holidays camps of old and we got a dose of the in-house entertainment (redcoats from Butlins?) since we were on a company trip. Not my thing but the Thais seem to love it. We stayed in rooms attached to the main reception area which backed on to a small river. These were truly awful; They stank of mould/mildew, 2 single beds one too hard the other too soft (collapsed springs), noisy a/c, all linens and towels were grey and worn, the bathroom looked like something from an old public baths with cracked & broken tiles supporting a major colony of mould, a grubby looking shower curtain and grotty old vanity area. They do however have nice new rooms and bungalows (these were the cheapest).
The grounds are extensive and well-maintained and there are many activities to partake of (at an extra cost) eg; quadbikes, kayaking, horse riding and cart rides, cycling, adventure course, archery. there's also a fitness club and pool and lots of space for walks.
The food at dinner was uninspiring but the breakfast was good and plentiful (catering to Asian clientelle). Plates were cleared quickly and food quickly replenished, so all quite fresh.
If this is your cup of tea (great for families with young kids) do not even think of staying in the cheap rooms (a tent would be prefereable).More

Show less
Room tip: Ask to see the room before committing
See all 54 reviews
Nearby Hotels 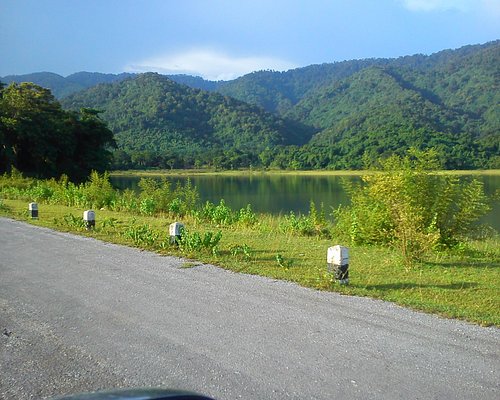 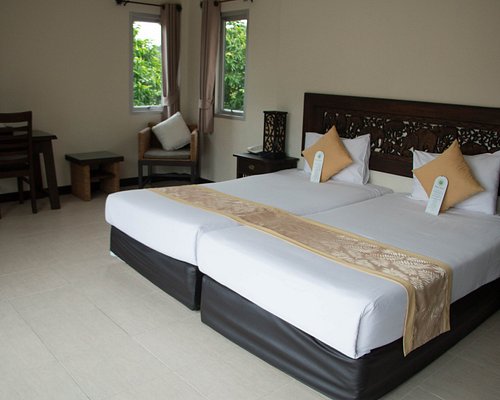 My husband was the one who booked this and I did not get to see any reviews so I really cannot fault the place that it is not up to what I expected as I did not read up on this resort.

Anyway, it is what is as what has been said before - its very Thai, the accommodations nearest to the restaurant and lobby areas are old and tired looking, but at the rates they are charging you do get what you pay for.

Anyway, my husband booked a two bedroom single detached house (Rimtarn House) in which when we saw how it is we immediately asked for better room categories. Then they brought us to the newer back areas and there they had better houses. We ended up in the VIP Villa and it was much, much better than the Rimtarn House (but then again it was double the price, so....)

The only thing I can say about this resort is that it is very Thai and do not expect foreign hospitality as what you might have been receiving from other resorts in Thailand.

But this place is huge and there are a lot of activities to do - but we brought our own bikes so we did not take up any of the offered activities. We only stayed one night and moved to another resort in the Nakornrachasima (Khao Yai) side.

Room tip: Paying the extra money to get the VIP Villa - or getting any of the Villas in the back area (where the new development is) is worth it.
Ask BJTEBKK about Sida Resort Hotel
4  Thank BJTEBKK

This review is the subjective opinion of a Tripadvisor member and not of TripAdvisor LLC.
TraveLover097
Sydney, Australia
3538
Reviewed July 31, 2011
Fun Cycling

Sida Resort is a really big hotel with tons of activites, each room is special for its own kind even if its very simple Thai style.A clean hotel in Nakhon Nayok but one night i did find a lot of insects in my bathroom.

This review is the subjective opinion of a Tripadvisor member and not of TripAdvisor LLC.
JohnWilson186338
London, United Kingdom
36
Reviewed June 21, 2011
Great Place Has nearly EVERYTING

This hotel Sida resort is a great place, except there are sometimes some insects in the bathroom but usually not, you get your own room which is a separate building from other rooms it looks like a small house from the outside, they have many things to do there they have bikes you can rent if you like biking, atv, they have a paintball arcade for your child, and the food there tastes great! i would love to go back again