“magical adventure for all to enjoy” 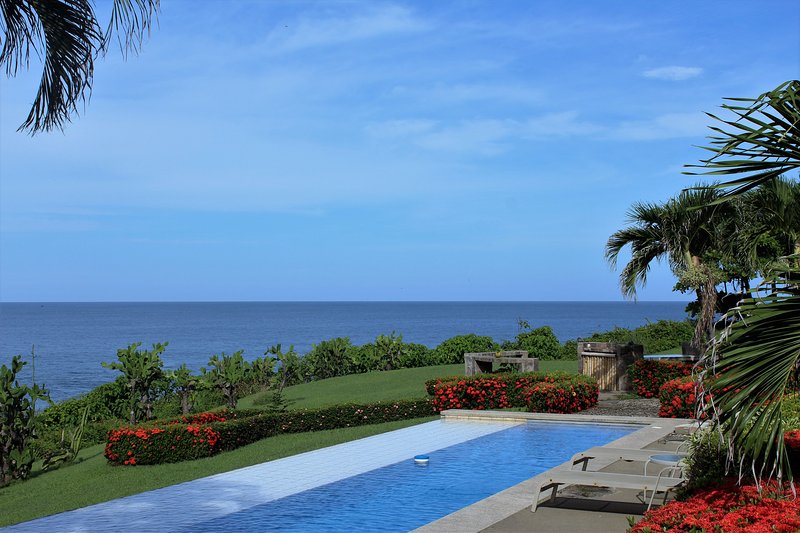 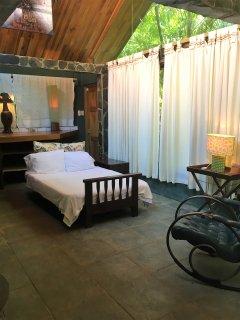 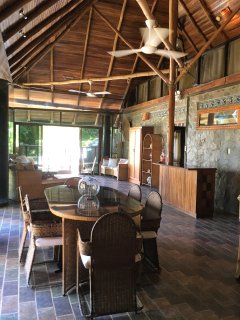 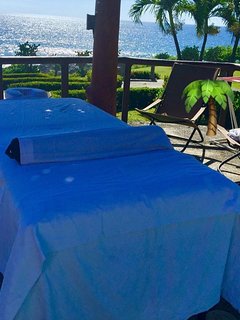 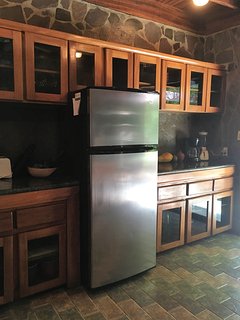 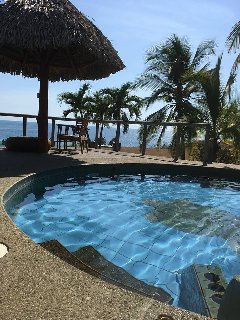 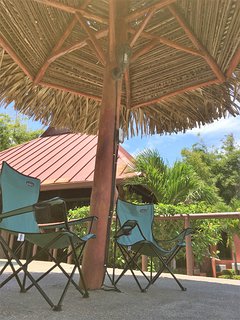 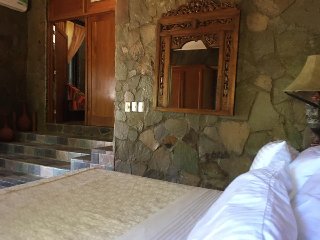 Very good - based on 4 reviews
Write a Review

I was able to stay in Villa De Linda for my husband and I's 10 wedding anniversary. We were able to rent ATVs through the help of Jessica of Blue Beach Property Management. We had an amazing maid who took care of the house daily, including laundry and fruit prep. We had a magical view from the entire property especially the pool. We were able to see whales right from the pool! We took in the sites and had a guided tour of the Arenal Volcano as well as zip lining. We took an amazing boat tour as well on Paski's Boat Elsa. We saw hundreds of turtles who were in season getting ready for laying eggs. We also toured Casa Aventure which in its own right is just breath-taking. I know When we book again we will stay there.
Jessica, Zak and Leah & Mike were accommodating and knowledgeable and able to help whenever needed. I highly recommend Booking your Costa Rican adventure with BLue Beach Property Management.

Date of stay: August 2017
Would you recommend this hotel to a friend?   Yes.
Was this review helpful? Yes
This review is the subjective opinion of a TripAdvisor member and not of TripAdvisor LLC.
Thank you so very much for taking the time to visit us on your 10th wedding anniversary. It was wonderful to have both you and your husband, you embody the very sense of adventure we love to see here! Please come back in the future, it'd be great to show you more fun things to do in our area. It was our pleasure having you at Villa De Linda!
This response is the subjective opinion of the management representative and not of TripAdvisor LLC.
Problem with this review? Thank you. We appreciate your input.

We thoroughly enjoyed our stay at Villa De Linda! I highly recommend staying here. It is the perfect setup. The master bedroom and the living room open up to the garden and infinity pool area. We spent most of our mornings sipping on Malibu and pineapple drinks while wading around in the pool staring out over the ocean. The beach was footsteps away from the pool and is perfect for children to explore hermit crabs sand seashells. We even stumbled upon a herd of cattle while walking the beach. There is also a shallow kiddie pool away from the infinity pool which was an awesome feature. Our stay was beautifuland relaxing. Cannot wait to come back!

Date of stay: July 2017
Was this review helpful? Yes
This review is the subjective opinion of a TripAdvisor member and not of TripAdvisor LLC.
Chris, it was the ultimate pleasure having your family here and see you enjoy every inch of the property and house together. I can not thank you enough for taking the time to write a review and for giving me feedback on what you liked while you spent your vacation here. Everyone at Villa De Linda is looking forward to having you come back year after year, as we know you and your family will! Thanks again, Pura Vida! Jessica - manager for VDL
This response is the subjective opinion of the management representative and not of TripAdvisor LLC.
Problem with this review? Thank you. We appreciate your input.

The villa and the view are really beautiful. We were impressed with the beach where you are completely alone. We were nine in the villa, there was enough room for everyone.

Major negative points:
- we ran out of water during 3 of the 7 days we were there, and the landloard never contacted us to apologize. We had to deal with the villa's employees that only spoke Spanish. The brother and father of the manager came, but she never came back after our arrival. We were really pissed because not having access to working toilets for 20 hours in one day, 7 hours in another day and 3 for the other day always on rush hour with 9 people in the villa is unacceptable and unhealthy. With all that, we could not complain to anyone that would help us speaking to the landloard for a complaint.
- there was no climatised air in one of the room (which was promised upon reservation).

Coming back to Quebec, we tried complaining and the landloard only gave us a 100$ credit for future rent with their company... like we want to go back after all this!!!! The landloard said we did not complain while we were there that is why she can't do anything.

Beware of this location!!!!

Date of stay: February 2017
Was this review helpful? Yes
This review is the subjective opinion of a TripAdvisor member and not of TripAdvisor LLC.
To Roxanne and anyone who reads this with the intent to book Villa De Linda in the future, I would like to make you aware of the entire experience. During the check in process with Ms. Roxanne and her group I mentioned my cell phone number was to be used for anything they might need, booking tours, emergency services etc. When I mentioned using my number, they acknowledged this and said they would call me if they needed anything. The next morning, they had had problems with the stove top cooking too slowly. To which they complained about it to the neighbor instead of calling me directly. Thankfully the neighbor informed me of the problem and so did my staff, who yes speak Spanish because Costa Rica is a Spanish speaking country. Within hours my business partners replaced the entire stove top system, because we did not want them to be inconvenienced. Following this the group had totaled their rental vehicle after crossing a river to which they called my cell phone in a panic and both Zak and myself helped them with this problem, Zak even made sure go by the house to speak with them about it and helped them with his own tools. This is not something property managers have to do, but we wanted to help them. When the water problems began, we were made aware of the problem by our employee not by the group renting the home. In fact, upon our review of the home we found it discouraging to find a hand-written note from someone on the welcome packet of information I provided them, stating “Do not tell Zak about the water issues until tomorrow” Because of this, time passed allowing the pump to burnt out entirely, costing the home owner $2,000.00 in replacement costs. I physically spent time with Roxanne and her group of people in San Juanillo after a trip they had taken, I asked how things were going and not one person mentioned having such extreme problems with anything when I was in their company. The night before they left, they did call to complain about the water and both Zak and Michael came right away to fix the problem. They worked on the issue from 5pm – 11 pm, along with two other staff members and got it working for Roxanne that night, so her group could shower before their return flight the next day. I’d like to also state that each morning I was on the property to bring our house maid, Wendy, fresh fruit and Zak was on the property almost every day overseeing the work being done by our staff. We were both on the property at 11pm the night we worked on the pump for 5 hours. I do believe the group’s lack of communication is the reason for their upset. Even on the day they were to check out, I arrived at the property at 8:15 that morning to do our routine damage check and they had left without warning. It is standard practice to check the home and make sure nothing is damaged before a check out and although there weren’t major issues, a wine glass was broken and it would have been courteous to know it had been broken. I am admitting there were issues with the water and I do apologize for their inconveniences, however I strongly believe it was not due to lack of trying to help them when problems arouse, it was due to a lack of communication by the group of guests and Roxanne. Had someone in the group spoken with me directly, I would have offered a full refund.
Sincerely,
Jessica Lannon
Vice President of BBPM Management for Villa De Linda
This response is the subjective opinion of the management representative and not of TripAdvisor LLC.
Problem with this review? Thank you. We appreciate your input.
Previous Next
1 2
Updating list...
Do you own a vacation rental? List it here.

Looking for a place to stay in Playa Azul?
View all 8 vacation rentals