Really nice apartment with all I needed - Vittoriosa 1 bedroom apartment 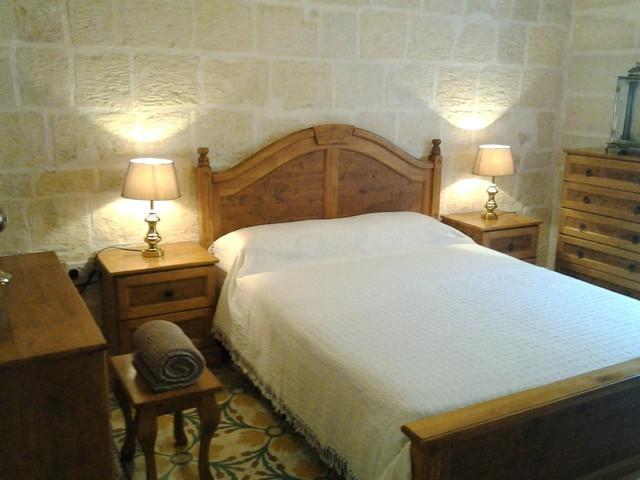 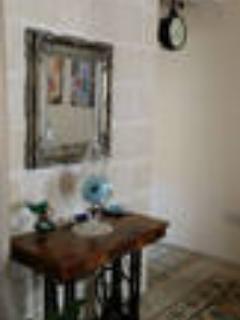 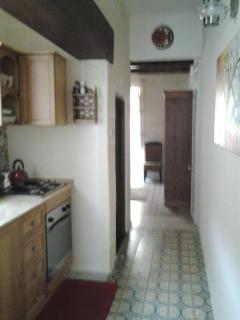 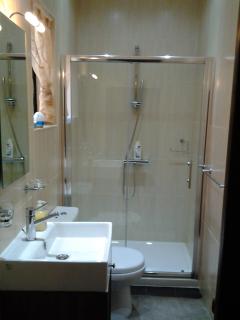 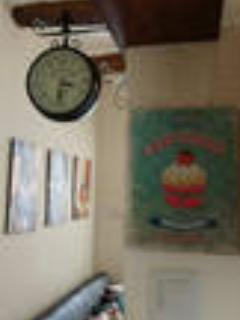 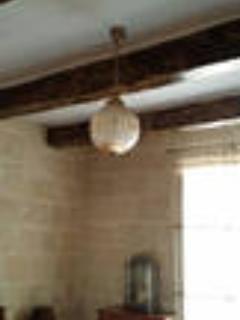 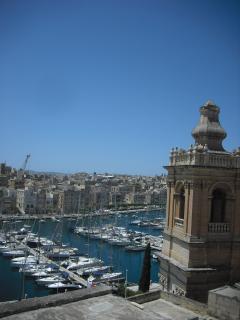 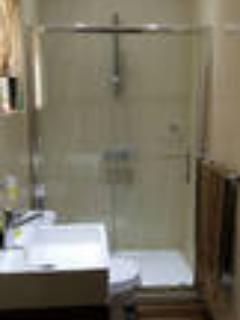 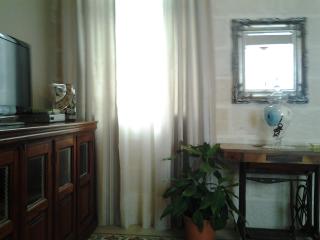 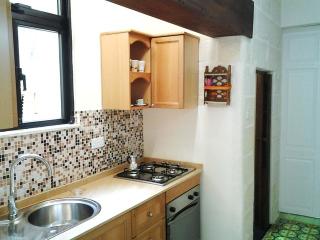 Very good - based on 26 reviews
Write a Review

3 helpful votes
“Really nice apartment with all I needed”
Reviewed August 19, 2014 for a stay in August 2014
2
people found this review helpful

This apartment was just right for my partner and I but I do feel it would have been a bit of a squeeze if we had had additional guest's as there was a sofa bed in the living room and it said it could accommodate a further two. The apartment was nicely decorated and had some very useful essentials which where very much appreciated such as tea, coffee sugar, salt, pepper, olive oil etc. I had a very nice comfortable stay there and would recommend it.

Date of stay: August 2014
Traveling group: Spouse/Partner
Would you recommend this hotel to a friend?   Yes.
Was this review helpful? Yes
This review is the subjective opinion of a Tripadvisor member and not of TripAdvisor LLC.
Hi i would like to thank you for yr review ... perfectly said the apartment is perfect for 2 people ... infact the additional two would be ideal for kids not adults :-) in that case it has to be 3 adults as sofa bed is very confortable ... glad you enjoyed yr stay and thanks for leaving apartment very clean .... definitly will recommend you :-) Mari
This response is the subjective opinion of the management representative and not of TripAdvisor LLC.
Problem with this review? Thank you. We appreciate your input.

31 helpful votes
“Ideal base for visiting the beautiful island of malta”
Reviewed April 13, 2014 for a stay in March 2014
1
person found this review helpful

The easiest and most prompt booking process through trip advisors holidaylettings was a pleasure and even faster than booking .com. The flat was filled with traditional quaint features and all we needed for a two week base for three self catering fussy eaters. The bedroom was lovely with one of the comfiest beds ive ever slept in ( could have been exhaustion as Malta ha so much to see and do lol) Birgu itself is undergoing a lot of development that is totally unintrusive and we actually noticed the daily changes but not the work getting done. The Grand Harbour is amazing and the situation of Vittoriosa on it is breathtaking. Do take the water taxi to Valletta and discover the inlets and outlets of this amazing place. Buses are cheap but although they tend to be a bit tedious you will discover the true malta. Plenty of walks and local bars to discover. Trendy cool restaurants and bars fit together nicely with the traditional .In burgu itself the old city pub and the labour party club we found were two very friendly and welcoming places. Big thanks to Mariella for the prompt and efficient booking process and her friendly welcome. .

Date of stay: March 2014
Traveling group: Extended Family
Would you recommend this hotel to a friend?   Yes.
Was this review helpful? Yes
This review is the subjective opinion of a Tripadvisor member and not of TripAdvisor LLC.
Problem with this review? Thank you. We appreciate your input.

This was the first of 4 self catering accommodations we used in Malta on a 2 week holiday, (the others we organised on the hoof with our iPad, which is dead easy). As far as the flat is concerned, we would pretty much echo the previous 3 reviewers so won't rewrite much of what they said. Though we particularly liked the old tiles. It was a bit parky when we were there too, but we too had the heater which took the edge off. We only ate out once, at the Italian down on the dock front, and it was cracking. The local shops particularly the last one on the left up the road toward the square were good.
It is absolutely not necessary to take a car to Malta, in fact the traffic on some roads is very busy so driving must be a bit of a trial, and we researched our way around by bus before departure from the UK. We got a bus from the airport to Valletta and changed to a number 3 (I think it wasI to il Birgu. A week's ticket is €6.50 which is ridiculously cheap. We didn't find anywhere on Malta where buses don't go. Most of them display where you are, great for visitors.
We havn't given the flat 5 rings, although it was very good value, because it is not "luxury" as described. It is well appointed though.
One niggle which is not the owner's fault and has not affected our score is that paying the deposit through Paypal leads to a significant reduction in the amount returned due to Paypal's multiple charges.

Date of stay: March 2014
Liked best: Price, location
Liked least: Too much traffic in the narrow streets
Traveling group: Spouse/Partner
Would you recommend this hotel to a friend?   Yes.
Recommended for:
Was this review helpful? Yes
This review is the subjective opinion of a Tripadvisor member and not of TripAdvisor LLC.
Problem with this review? Thank you. We appreciate your input.

Mariella organised for us to be picked up from the airport, which was great as the driver saw us to the door of the flat, situated in Birgu, across a narrow bay from Valletta (well connected to central Valletta by 2 buses and an irregular ferry). The flat is spacious and very atmospheric. The feature I liked best were the beautifully tiled floors and the high ceilings. There is no overload of chintz and frills, which is nice, and the kitchen has everything you need (including a little espresso-pot). It was early March and we hit a cold snap so we were very glad to have a little heater as there is no central heating. The flat is great to explore Birgu and the Hypogeum (a 10-minute bus-ride away) and there are a couple of really great restaurants nearby. The bars in the marina were very sleepy as the season hadn't started yet but it must get lively in the summer. There are some characterful community bars on the main square with low prices and a real feel of authenticity plus some small shops selling fruit&veg and bread. The bus stop into Valletta (and to the airport) is a mere 5 minute-walk from the flat.

Date of stay: March 2014
Liked best: Location, floors, size
Liked least: Cold (due to weather!), lack of wifi
Traveling group: Spouse/Partner
Would you recommend this hotel to a friend?   Yes.
Was this review helpful? Yes
This review is the subjective opinion of a Tripadvisor member and not of TripAdvisor LLC.
Problem with this review? Thank you. We appreciate your input.

Ideal for couple-home away from home-everything available to make for a comfortable stay-newly renovated-clean and fresh-great Vittoriosa location-walking distance to coffee shops, restaurants, etc-had a car but you can do without one and use local bus-wifi signal bit weak (ok to check emails, but not to work via VPN, etc)-Mariella great host-quick to answer questions via email, SMS-Great Value for money

Date of stay: January 2014
Traveling group: Spouse/Partner
Would you recommend this hotel to a friend?   Yes.
Was this review helpful? Yes
This review is the subjective opinion of a Tripadvisor member and not of TripAdvisor LLC.
Problem with this review? Thank you. We appreciate your input.

4 helpful votes
“Perfect for two people, one minute to harbour”
Reviewed August 25, 2013 for a stay in August 2013
1
person found this review helpful

Super fast and uncomplicated booking, Mariella is very friendly and very helpful. Airport pickup was super, some snacks and water in the fridge when we arrived. The apartment is newly renovated, tastefully furnished and spotlessly clean. All appliances worked perfectly and all necessary equipment was at hand. The apartment is on the second floor, the bedroom looks over a pedestrian street so no loud cars. The street at the front was generally quiet. Plenty of space to unpack. Large shower. One minute down to the harbor, or to the town square - both offer bars, cafés and restaurants, plus small local shops.

Date of stay: August 2013
Liked best: The beautiful Maltese floor tiles, the friendly contact
Liked least: The stairway up could do with a lick of paint (but it was charming anyway)
Traveling group: Spouse/Partner
Would you recommend this hotel to a friend?   Yes.
Was this review helpful? Yes
This review is the subjective opinion of a Tripadvisor member and not of TripAdvisor LLC.
Problem with this review? Thank you. We appreciate your input.

The apartment was very nice, clean and luminous. It is situated in a beautiful historical area in the center of Birgu, close to the Maritime Museum, but the bus stop for Valletta is close. It could get a little hot during the day, but there are fans in every room that solve the problem perfectly... Mariella was friendly and available.

Date of stay: July 2013
Traveling group: Compagno/a
Your age range 18-24
Would you recommend this hotel to a friend?   Yes.
Recommended for:
Was this review helpful? Yes
This review is the subjective opinion of a Tripadvisor member and not of TripAdvisor LLC.
Problem with this review? Thank you. We appreciate your input.
Previous Next
1 2 3 4 5
Updating list...
Do you own a vacation rental? List it here.

Looking for a place to stay in Birgu (Vittoriosa)?
View all 29 vacation rentals