IF YOU LOVE YOUR LIFE DONT GO HERE.

I want to say that this is the worst hotel that there is in cyprus this hotel doesn’t have a fridge in the 21 centry , internet and it smells rotten im every part of the hotel . The pool is dirty and the rooms also the breakfast is terrific the bread was rotten and it doesn’t have much of choice for eating first they want money for the internet whick is 10€ for a day 7 days 70€ for internet and if you want to pay they will say that the internet is not that good and they dont know if the internet is going to be good in the lobby my bed had ants and its so gross i font suggest going here . More 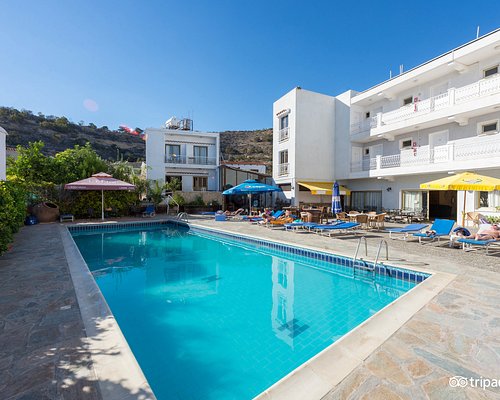 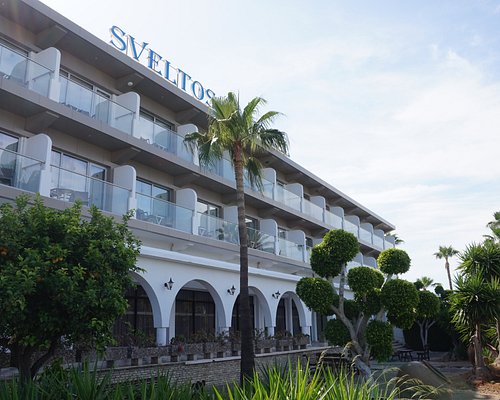 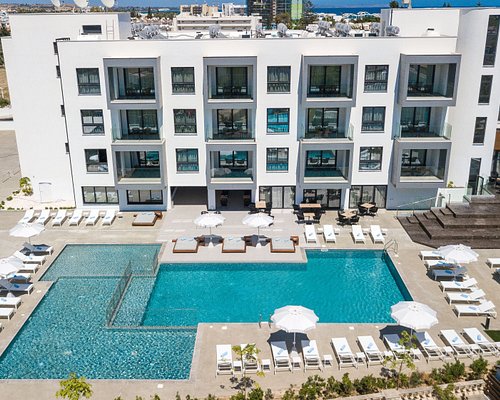 This hotel was old building. They have a swimming pools for childrens and thats a goof thnig.. The food was a garbage. The dining room smelled of something rotten stale, the rug was dirty. From the kitchen every day there was a smell of burnt oil, the same smell felt in the space where food was served. We were at the base of breakfast and dinner and during dinner we were not allowed to have drink . When I ask them why we dont have a drink 4 dinner, they responded to us that drinks for dinner just go to those koi have full aranzman, breakfast lunch and dinner.We had no internet, he was charged from 15 euros to 60 euros, and only to us..Free net was for those for full arrangment. The elevators were very small and they also smelled of burnt oil on the scent from the kitchen.The corridors that lead to rooms are also small and with unwritten carpets The overdrive side stairs were also dirty, with the walls falling paint. The hotell didn't have a fence so comfortably anyone could have dared to break into it...Service and courtesy of personnel was pure zero The food was the same every day on the basis of self-service, but it had no taste, while I ate salami and cheese as if I ate plastic. Tomato and cucumber had no taste whatsoever, the only salt worth of that food was cereal with milk and watermelon and melons.. The last day I needed Wi fi urgently, but they wouldn't give it to him, so I had to go to the most close to the OCTAGONO tavern where I could use his Wi-Fi
I'm recommending that this hotel be avoided from coming into it and that hotel is three stars, but I would give them 0 stars. And the sad thing is that this hotel is in the CROVN Ressort chain. Our room was for the crumbed walls. They saw that they made the room just to give it.. On the ceiling was placed the spackle mass is covered by a rupture on the ceiling

Ask Mitko A about Crown Resorts Henipa
1  Thank Mitko A

This review is the subjective opinion of a Tripadvisor member and not of TripAdvisor LLC.
gyma29
21
Reviewed August 7, 2019
Don’t expect too much!

After booking this hotel and reading some negative reviews we were very skeptical about this hotel, we arrived 4am and there was issues with our key card so had to go back to reception, then arrived to our room which was one of the bungalows, it was very basic and was clean enough, a few main things like the bed had big stains underneath and a few marks on items and the bathroom was a bit worn. We woke up and went to breakfast which was very basic along with all the other food available at the hotel. They had toast, boiled eggs, cheese, a version of bacon and some fruit. Lunch and dinner were worse with maximum selection of 6 dishes including some kind of meat, pasta, rice without any sauce and assorted vegetables this was the same for lunch and dinner. There was pool snacks available which were pretty basic and not the best standard- Toastie, salad, burger(without a bun) sausage. After spending a day at the pool this was the only appealing thing about the hotel plenty of sun loungers and a nice place to sit. We didn’t realise but this place is in the middle of no where with one shop across the road. As the food was so bad and basic in hotel this meant we had to use the bus at the top of the road which was €1.50 and 15 mins into Larnaca where there was more variety of food options. The staff in the hotel were very abrupt and had no intentions of helping when asking questions and struggled to understand us at times. If staying in the hotel I’d suggest going into ayia napa which cost €4 on the intercity bus at the top of the road, much more lively here and was the best night of our holiday wishing we’d stayed in ayia Napa instead. On our final day our flight wasn’t until 1am and even though when we booked the holiday with teletext we were told we had late checkout the reception hassled us until we paid the €25 for late check out. The food was to a standard of an all inclusive holiday and this resulted in us spending unnecessary money on food including getting Pizza Hut and kfc delivered. Overall this hotel is very outdated including the food, the staff aren’t the best and are not helpful and you feel like your hassling them. The rooms were basic and the pool was the best part about the hotel. I’d only recommend this hotel if going for room only and you don’t mind travelling for activities and for food.
We found it helpful that there is a tourist centre in Larnaca which helped us with bus timetables and excursions.

This review is the subjective opinion of a Tripadvisor member and not of TripAdvisor LLC.
donnarJ8677JJ
Castleford, United Kingdom
412
Reviewed July 28, 2019 via mobile
..

We stayed here for 10 days and we got two bungalows next to each other (there was 3 adults and 4 children). The rooms was good but does need a few things fixing . The maid we had was nice and friendly . The pool was good kids really enjoyed it .
The hotel its self needs up dating badly the carpets in the dinning room needs replacing . We had bed and breakfast and found it safer to eat out as the the food isnt upto scratch .
We found across the road the octagono tavern and kebab house which we ate at every evening the food there was out standing and the staff couldnt do enough to help you

This review is the subjective opinion of a Tripadvisor member and not of TripAdvisor LLC.
alihewitt3
Northamptonshire, United Kingdom
32
Reviewed July 25, 2019 via mobile
Do not stay at this hotel - APPALING

Zero stars from us. Went fir a holiday with friends , the place is Absolutely in disrepair, do not waste your money. Nothing as advertised on website , What so ever- it’s run down grubby facilities and the food is disgustingly shockingly bad, as are the hotel and unhelpful staff - we luckily managed to get a transfer to an alternative. Thank god. This place needs closing down health and safety nightmare, pools cloudy and dirty, algae broken tiles, nails holding up sunbeds the list is endless. It is totally unkept, the food is dire, dirty. Shockingly bad in every aspect. It’s like Alcatraz Hotel. AVOID AVOID AVOID - never been so Disgusted in a hotel ever - Seeing is believing. Save your money and book elsewhere. No free WiFi, it looks nothing like pictures either. Needs closing down and that’s being generous!

This review is the subjective opinion of a Tripadvisor member and not of TripAdvisor LLC.
mark h
173
Reviewed July 3, 2019
Just manageable

This hotel looks good from the outside. The rooms are showing signs of aging. The swimming pool however was very good. The internet service was terrible. The location is good since it is easy to get to town and also to the airport.

This review is the subjective opinion of a Tripadvisor member and not of TripAdvisor LLC.
View more reviews
PreviousNext
12…