Close to the center - Hotel Theonia

Close to the center

It's a small hotel but clean.The pool clean every day.Friendly reception staff and good breakfast.The hotel is close to the comercial center 10 minutes.There are also a small library which it have the books in all languages

See all 118 reviews
Nearby Hotels 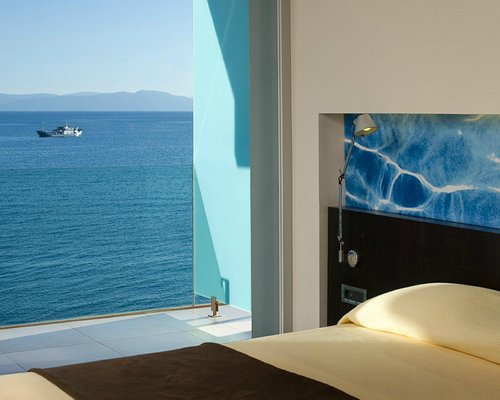 We stayed at the Theonia hotel for 7 days. This hotel is in a great Location. The beach is 5 minutes from the hotel, also the bars and shops are near the Hotel. The hotel and the room are very very clean. The owner was on site at all hours of the day and evening, always friendly and helpful. She was kind enough to allow me to keep my room a little longer than is usual because my flight was later in the day. The hotel is not too expensive and the breakfast is included in the price.

This review is the subjective opinion of a Tripadvisor member and not of TripAdvisor LLC.
carolisasinger
Stoke-on-Trent, United Kingdom
3114
Reviewed August 7, 2019 via mobile
I had a great time here!

This hotel is in a great location. Situated in a very quiet street, you are just a short walk to the beach, bars and shops and a slightly longer walk to the harbour. The hotel is spotlessly clean. Breakfast is basic but nice and for the amount I spent on accommodation, the fact that breakfast is included at all is a bonus! There are plenty of other places to eat nearby should you fancy something different.
The owner was on site at all hours of the day and evening, always friendly and helpful. She was kind enough to allow me to keep my room a little longer than is usual because my flight was later in the day. If I visit Kos town again, I will definitely return here.

This review is the subjective opinion of a Tripadvisor member and not of TripAdvisor LLC.
Laurawalsh1205
2
Reviewed July 3, 2019
Would NOT recommend to tourists.

I recently stayed at this hotel with 5 of my friends. We were all absolutely appalled at the attitude of the lady running reception, who held a grudge against us the entirety of our stay for eating watermelon outside when we weren’t supposed to, despite her not ever telling us this. Maybe if the breakfast was half decent in the morning we wouldn’t have needed to eat anything outside in the first place. I personally do not eat meat or dairy, so I had the option of dry bread and dry cereal for breakfast every morning. Even the breakfasts for people without dietary requirements were poor, with the additional option of ham and cheese. Additionally, this website states there is air conditioning in the room but fails to mention that there is a charge of €5 per day per room for this. We were also subject to a hotel room tax which the rude receptionist did not inform us of until around 20 minutes before we were due to leave the hotel for the airport, at which point I had already spent all of my euros. When we asked her to provide more information on why this wa necessary, she adopted a sarcastic and demeaning manor, instead of admitting it was her mistake for not letting us know this was due sooner. The rooms are extremely basic, the beds are so loud they are enough to wake you up when you roll over in the night. The showers fluctuate between boiling hot and freezing cold and there is no safe in the room to leave valuables in, which we deemed to be very unsafe considering you are expected to hand the key into reception, giving hotel staff full access to your room in your absence. On the last day, the electricity stopped working in my room, and when we tried politely explaining this to the lady at reception, she huffed at us multiple times, saying it was our fault for loosing a magnet in the back which controls the electric. We did not see how this could be possible as it had never left the hotel, therefore this was a fault in the quality of the key it’s self but yet again she failed to take responisbility and blamed us. A few positive points of the hotel included the man who worked behind reception, who was absolutely lovely. The cleaning service was good, and we enjoyed spending time in the pool, although it closes early and you have to be quiet between certain hours. Overall, there is serious issues in the staffing of the hotel and until the attitude problem of the lady behind reception is resolved, i would not recommend anybody who is going to Kos Town to stay in this hotel.

This review is the subjective opinion of a Tripadvisor member and not of TripAdvisor LLC.
Isabelb11111
1
Reviewed July 3, 2019
DO NOT STAY HERE!!!!!

I stayed at Hotel Theonia in a group of 6. Our first thoughts were it was simple and lovely which was basic but had everything we needed for the price we paid. We were greeted by a moody, unfriendly and unwelcoming woman at reception which initially made us feel quite uncomfortable, however we stayed polite.
The breakfast, I wouldn't even class as such, with bread, warm milk, cereal and coffee all to offer.
The rooms were boiling hot and when asked why our air con wasn't working she said that we had to pay €5 a day (she was also incredibly rude about this also when she tried to charge us for an extra day and I questioned her on it).
Each time you leave your hotel room you have to hand in your key - probably so you don't lose it when you're out... understandable - however they don't provide safes in the room so you are leaving valuables etc in the hands of cleaners and whoever able to get hands on your room key when you're out. Fortunately both myself and my roommate had locks on our suitcases and used this to lock away our valuables.
Later in our holiday we decided to each get a watermelon from the local shop and thought it would be nice to eat it on the patio area of the hotel - watermelon as it is is quite a messy fruit and we cleaned up best we could. However it wasn't enough and the lady at reception came up to us later in the day rudely shouted at us and had a go at us for eating this watermelon saying were not allowed to eat it outside. There are no signs stating this and we were completely unaware that we weren't allowed to do this as she didn't even say it herself? We apologised multiple times as a group and individually however she held this against us for the remainder of our holiday and got extremely rude, not smiling at us as we came down and not even saying hello or goodbye. This made us feel incredibly unwelcome and we wish we never stayed there as it left us feeling angry and upset that we had been treated in this way.
We told her how we felt at the end of our stay saying we have been nothing but respectful towards her and her hotel and she has been rude, unwelcome and unfriendly and her response was she didn't care.
So personally I would never recommend this hotel to anyone.

This review is the subjective opinion of a Tripadvisor member and not of TripAdvisor LLC.
JoeAllen159
11
Reviewed July 3, 2019
Good hotel, terrible service and breakfast.

To get the good things out the way, the cleaners were good, they were very intricate with how they displayed towels and bed sheets on the beds to look more presentable with no incentive than to look nice for us when we come back to our rooms. The rooms were acceptable, average rooms covering either the pool, the entrance or buildings of Kos. One more note to add before I go into the bad of this hotel is that between he two staff members there is one lovely man who works there who was very friendly to us our whole stay and have no faults to say about his part of the hotel. To mention the bad would take ages so to make it brief it was the Staff member who runs the front desk. A sour mouthed, moody and unfriendly woman that made no attempt to make us feel welcomed through out our 10 day stay. The breakfast was scarce and had no options for anyone that is Vegan, or vegetarian at a push, and there is no mention you have to pay €5 per DAY for air conditioning in a country renowned for hot days and nights. To add insult to injury the hotel staff only tell us on our last day of the holiday about the hotel tax, which if told about on our first day we would happily pay there and then, but to leave it until our last day where money, as young adults is at a low, is an insult to ask us to pay with money we obviously would be extremely low of. Another point of poor notification is the rules they have which are NOWHERE TO BE SEEN. When we came back from our day with watermelons and ate them outside to avoid making mess, this same woman comes to us at the pool shouting at us to say that it is not allowed to eat food on the premises besides our rooms!!? There was absolutely no signs anywhere of this rule so it all fell down to poor notification by their staff.
I strongly urge people not to come to this hotel until they deal with this one awful woman. When we discussed our issues with her face to face she became even more rude saying she “Does not care”!!! A disgrace to hotel services everywhere I am disgusted to say she has put a stain on an all round very pleasant holiday.

This review is the subjective opinion of a Tripadvisor member and not of TripAdvisor LLC.
View more reviews
PreviousNext
123…
<script type='text/javascript' crossorigin='anonymous' async one