Prices are the average nightly price provided by our partners and may not include all taxes and fees. Taxes and fees that are shown are estimates only. Please see our partners for more details.
bigjewel
Malaysia
4563

Only email correspondence is available to communicate your booking, queries or any other requests. Although I have not staying in yet, I am here to comment on pre-booking process before arriving to Macau only. Exchange of emails are pretty low to almost none. What I encountered was, they really did cancelled my booking for no reason by informing you "Sorry, your booking cannot be accepted" after telling you that they have room availability earlier.

So, how they got rated well, I don't know but I am giving business to others (can't mention the name) which is also within the vicinity. Although they are located well on the famous street, they don't deserve to be in the same identity, with such unethical service.More 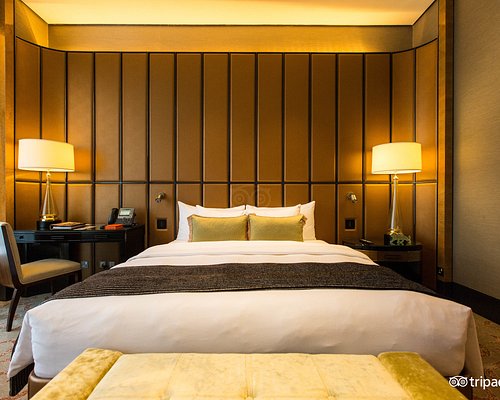 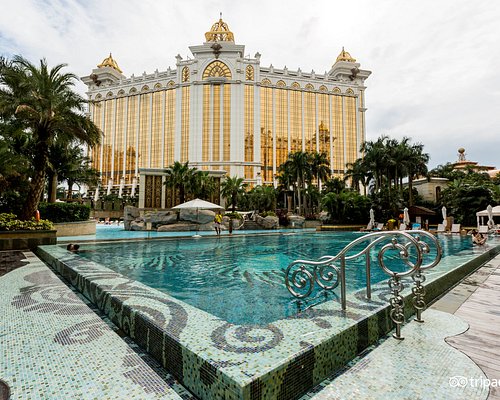 We, a family of five, stayed there for two separate nights on 23rd and 26th of April, and because Easter falls on 24th April, it was considered peak season in Macau and thus higher rates for the rooms. They do not have a single room for five occupancy. Therefore, we have no choice but to take two double rooms for a total of HKD850. HKD 400 for one room for two guest, and HKD 450 for another room for three guest, actually both rooms are the same, but they charge us extra for one of the rooms for one extra guest. They were quite strict about the number of occupancy in the rooms, thus though the room is big enough for three but we still have to pay for the extra guest. See attached pictures of the room. Bookings can be made to this email [--] , no deposit is required.

The room is equipped with fan and also air-con, LCD television for some rooms and some rooms are still equipped with the big black box television, Wi-Fi connectivity, water for drinking, simple toiletries, clean sheets, and comfy beds. They also have many TVB channels and programs which serves as an entertainment for us during late night, and because I am a big fan of TVBs, thumbs up for that ;) Plus they do room cleaning daily. Overall it provides good rest and quality sleep. Is well worth the money.

The location is amazingly strategic, just right in front of the hotel is the famous Koi Kei Pastelaria, every morning you could wake up to the aroma of fresh baked almond cookies. Is walking distant to ruins of St. Paul’s, Senado Square, St. Domingo’s Church, St. Augustine Church, and many more attractions. Is only about 10 minutes walk.

Overall, I would say we have a pleasant stay in Ko Wah Hotel, Macau.

This review is the subjective opinion of a Tripadvisor member and not of TripAdvisor LLC.
funwithems
4235
Reviewed February 16, 2011
Pleasant Surprise

We booked two triple rooms and they were spacious! There was a room within the room. Coming from a Hong Kong hostel, we were pleasantly surprised and felt like we were staying at a real hotel. They had really comfy beds and free wifi. No frills. It was very basic. The receptionists didn't speak English but she could call someone who spoke very good English. I left my camera in one of the black Taxis I hailed from A-ma Temple going to Flora Gardens at Guia. We reported it to the taxi company and I left my information with them and explained the situation to the hotel receptionist just in case it gets returned since I wrote the hotel as a point of reference when asked. They really tried to help the best they can. A smile goes a long way. It is about 3 blocks away from Senado Square and a block away from the nearest bus stop. It is also close to Sofitel. We could see it from our window. Really enjoyed our stay. I was a little hesitant at first seeing the other negative reviews here. I emailed them for reservation and they did reply to any questions I had. It is located on a street with restaurants specializing in bird's nest soup, next to Hotel San Va, and there's a Koi Kee bakery directly in front.

This review is the subjective opinion of a Tripadvisor member and not of TripAdvisor LLC.
nrou5698
Sydney, Australia
514
Reviewed December 7, 2010
Don't stay here

They don't change the sheets between guests, I know this because I saw them do 'housekeeping' each morning of my 3 night stay and they'd just fold up the blanket and fluff the pillows but leave all the covers the same. Disguisting. Also, and perhaps because of this, the rooms smell bad. My room smelled kind of like sweat or noodles or something. Other problems I encountered: it was noisy in the hallways and the staff were really unhelpful. Overall, although the location was OK, I wouldn't recommend staying here. Hope this helps you decide

This review is the subjective opinion of a Tripadvisor member and not of TripAdvisor LLC.
BevsyH
Quezon City, Philippines
1514
Reviewed October 17, 2010
Won't stay at Hotel Ko Wah again!

The only advantage I can see in this hotel is that its near senado Square. This hotel doesn't look clean and its very old (quite smelly). The elevator is so small, though the room is very big. The receptionist is not accomodating, did not even help us with our luggage, The location of this hotel is very hard to find, taxi drivers did not even know the place even if we showed the address of the hotel. Im really not satisfied in our stay in this hotel!!!

This review is the subjective opinion of a Tripadvisor member and not of TripAdvisor LLC.
Angela C
Singapore, Singapore
822
Reviewed September 20, 2010
No regret ! Thumbs up to Hotel Kou Va aka Koh Wah

I booked this hotel after reading Tripadvisors review and indeed very good. The rooms are simple & yet big (we book 1 room with 3 beds & another room twin bed) and clean. TV has many channels, too! Lady Boss Ms Lee is a very nice & warm lady.She would answer to our many questions & queries patiently. The hotel conveniently located near to many attractions and famous eatery. No rowdy people or girls hanging around the hotel which make the place safe to walk around even middle of the night. We walked back from Grand Lisboa every night at 3 - 4am.Koi Kee is just below the hotel and my children loves to go over & try the food samples & so is the wonderful wanton noodle. The kids are so happy. I would highly recommend to anybody especially with families.

This review is the subjective opinion of a Tripadvisor member and not of TripAdvisor LLC.
View more reviews
PreviousNext
123