“Beautiful villa in a perfect location” 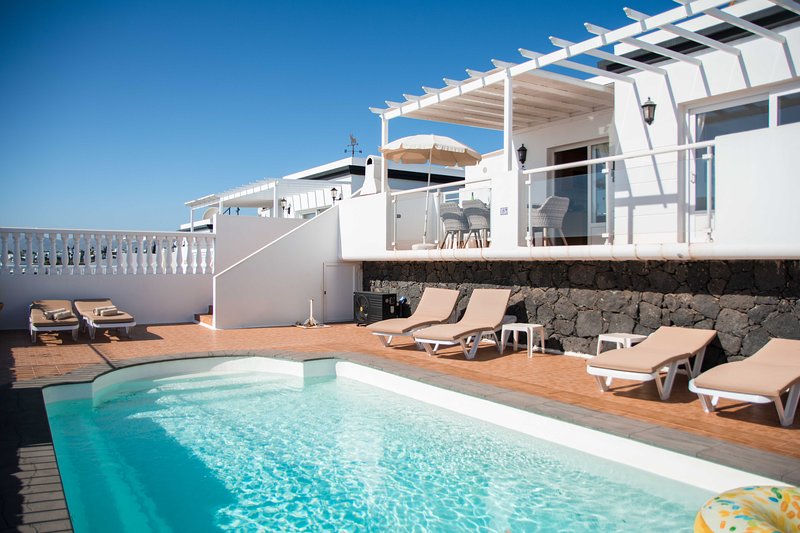 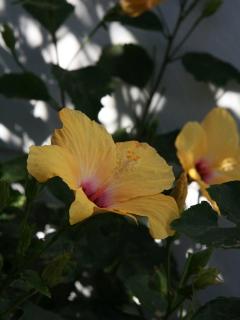 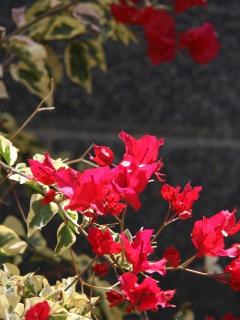 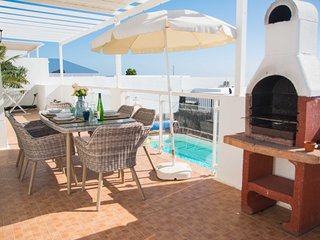 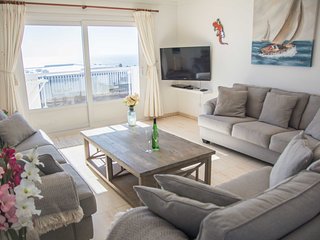 Excellent - based on 22 reviews
Write a Review

13 helpful votes
“Beautiful villa in a perfect location”
Reviewed March 23, 2016 for a stay in March 2016
1
person found this review helpful

I was here with a group of friends for a short holiday. The Villa was clean, spacious and a perfect waling distance from the shops, restaurants and beach.. The villa had a great private pool and plenty of space for sunbathing. The rooms were a great size and the villa was equipped with everything we could have wanted. I would definitely come back here for future holidays.

Date of stay: March 2016
Traveling group: Large Group
Would you recommend this hotel to a friend?   Yes.
Recommended for:
Was this review helpful? Yes
This review is the subjective opinion of a TripAdvisor member and not of TripAdvisor LLC.
Problem with this review? Thank you. We appreciate your input.

We have returned from a weeks stay in Villa Sanna and we thought it was wonderful.

The Villa is spacious and nicely decorated. The kitchen is fantastic, large and there is a big fridge freezer too. The bedrooms were all lovely especially the master bedroom! There was an en suite in the main bedroom too which was the only one we used throughout our stay. The bedroom we stayed in was lovely. The bed was two singles pushed together but you didn't feel there was a gap and you didn't fall through it or anything! Very comfortable beds.
There was air conditioning in the bedroom as well which was coin operated (2 Euros) and one 2 Euro coin seemed to last a long time too which was a good thing! We put the air con on about half an hour before bed and the room was like a fridge which made it nice and cool to get off to sleep and we found that this was enough.

The T.V was great, lots of English Channels including sports etc ITV, BBC all the rest. We didn't watch the TV much though. The WIFI was excellent, good strong connection throughout the villa and we used that a lot too so it's great that it is free.

The pool was amazing. It was cooler in the morning and then it must be on a timer for the heating to come on and it was a really pleasant temperature. The pictures do not do it justice, it is large!! It also has a deep end and lovely seating ledges all the way round which was nice if you wanted to get the sun but cool off. All the sun loungers worked, no broken ones, and there were cushions on them too so they were comfortable to lie on.

The terrace is massive! Two tables with lots of chairs and a parasol. Also an airer to hang all your washing out on the terrace. There was a built in barbecue but on the photos there is a gas bbq but this was not there when we went, just the small built in one. Don't know where it had got to, maybe it was broken? We were a bit disappointed by that.

Empty the bin every day and wipe kitchen sides to avoid ants and things from appearing. We had no insect problems or anything at all which was good.

Two complaints we had was:
1) that the villa was not very well equipped. We have stayed in villas that had absolutely everything you could think of, down to tea bags and salt and pepper etc. We had to buy washing up liquid, scourers, sponges, tea bags, cooking oil, bin bags etc. It would have been nice to have had a few more things already available as you bought things that you only needed for a week and ended up leaving it behind. There wasn't any hand soap in the bathrooms!
2) The villa overall was clean, bathrooms were clean and cooker immaculate etc. However, the floor was very dirty. We walked around in bare feet and by the end of the day our feet were literally black and had to wash our feet before getting into bed to avoid soiling the sheets! Just needs a regular mop or something.

The villa is in a great location. Only a 10 minute walk down to the strip and a 10 minute walk to the old town. Walking back up would have taken longer as it was up hill. We got taxis back up which cost around 3-4 euros.

Supermarkets: The Spar supermarket was alright but was quite expensive. The Hyper dino was better but didn't stock everything you needed. There is a new LIDL supermarket near the villa so I would recommend going there and getting a taxi back.

WARNING! If you want to wash your clothes, there is a washing machine in the utility room. It is very old. We washed our stuff but then the door wouldn't open so our stuff was stuck inside it. We had to phone maintenance. The trick is, to unplug the washer at the wall after the wash has finished and then plug it back in again and the door will open again.

Towels are changed mid week and also pool is cleaned once a week too.

There are many restaurants and bars on the strip. it is truly amazing. If you want some live music, go to a bar called the American Indian Cafe, there is a band who play 6 nights a week called the Perfect Circus. They play a real mix of songs and they are SO good! Great night.

On the whole, wonderful holiday, the villa is amazing. Definitely go for it! We will be back....

Date of stay: September 2015
Liked best: the pool
Liked least: the washing machine
Traveling group: Spouse/Partner
Would you recommend this hotel to a friend?   Yes.
Recommended for:
Was this review helpful? Yes
This review is the subjective opinion of a TripAdvisor member and not of TripAdvisor LLC.
Problem with this review? Thank you. We appreciate your input.

This is a wonderful villa, ideally situated and very peaceful. Large airy rooms. Fantastic views over sea and mountains. Lovely beds and bedding.Taxi charge minimal if you don't wish to walk back from sea front. Villa is spotless, comfortable, well maintained and managed. Kitchen very well equipped to enable easy self catering. Well-known supermarkets within easy walking distance although you may choose a taxi as there are so many nice things to buy! Pool area spotless, safe, private and well-maintained. Lovely sun loungers.Plenty of shade if needed on verandah. Use of WI-fi and Sat.TV very beneficial. Management staff very polite and efficient. So many nice restaurants to eat out at, spoiled for choice.All in all, this villa is conducive to a wonderfully, relaxing holiday. Booking, communication, access to property were effortless. We used a private mini-bus transfer to villa, again very efficient. Would definitely recommend this villa and would love to return.

Date of stay: July 2015
Liked best: Situation, views,local amenities, villa equipment, comfort
Liked least: Nothing
Traveling group: Teenagers
Would you recommend this hotel to a friend?   Yes.
Recommended for:
Was this review helpful? Yes
This review is the subjective opinion of a TripAdvisor member and not of TripAdvisor LLC.
Problem with this review? Thank you. We appreciate your input.

Dublin, Ireland
Reviewed April 8, 2015 for a stay in March 2015
2
people found this review helpful
Date of stay: March 2015
Traveling group: Young Children
Your age range 35-49
Would you recommend this hotel to a friend?   Yes.
Was this review helpful? Yes
This review is the subjective opinion of an individual traveler and not of TripAdvisor LLC nor of its partners.
Problem with this review? Thank you. We appreciate your input.

Chester, United Kingdom
Reviewed October 6, 2014 for a stay in September 2014
Date of stay: September 2014
Traveling group: Extended Family
Your age range 35-49
Would you recommend this hotel to a friend?   Yes.
Recommended for:
Was this review helpful? Yes
This review is the subjective opinion of an individual traveler and not of TripAdvisor LLC nor of its partners.
Problem with this review? Thank you. We appreciate your input.

Had a great New Year ,Staying at Villa Senna,The Villa is spacious and modern,Great views from balconey ,Swimming pool on lower level (Sun Trap) Could not fault this Villa booked again for next year.

Date of stay: December 2012
Liked best: Views from balconey
Liked least: Limited TV Channels
Traveling group: Spouse/Partner
Would you recommend this hotel to a friend?   Yes.
Recommended for:
Was this review helpful? Yes
This review is the subjective opinion of a TripAdvisor member and not of TripAdvisor LLC.
Problem with this review? Thank you. We appreciate your input.

Melbourne, Australia
Reviewed September 7, 2012 for a stay in February 2012
2
people found this review helpful
Date of stay: February 2012
Liked best: Private pool
Liked least: Nothing....everything was great!
Traveling group: Friends
Would you recommend this hotel to a friend?   Yes.
Recommended for:
Was this review helpful? Yes
This review is the subjective opinion of an individual traveler and not of TripAdvisor LLC nor of its partners.
Problem with this review? Thank you. We appreciate your input.
Previous Next
1 2 3 4
Updating list...
Still can't find what you're looking for?

Looking for a place to stay in Puerto Del Carmen?
View all 658 vacation rentals