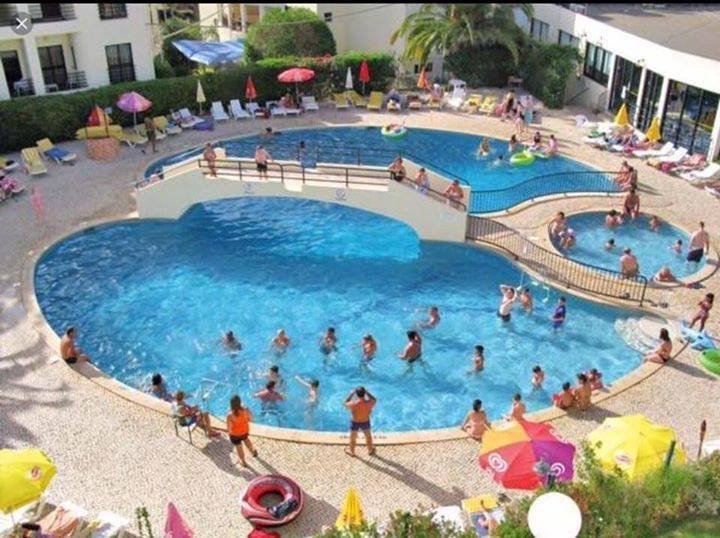 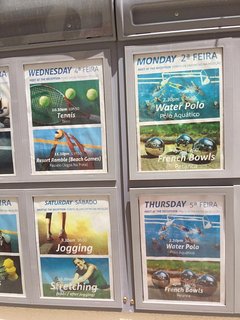 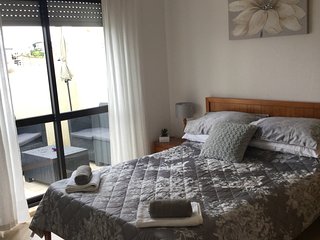 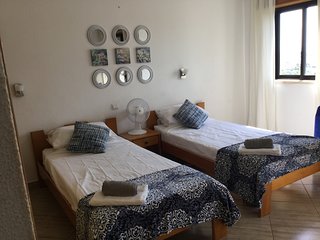 Lovely apartment located on the third floor in a very quiet location within the complex. Very well equipped and very clean. Two pools at the complex but not much shade around them. Luckily the owner of the apartment had two sun umbrellas that we were allowed to use and even bring to the beach. Pool was a big hit with the kids but the area around the pool could have been maintained and cleaned up a bit better. Alvor itself is beautiful with so many fabulous restaurants both in the town and at the harbour. If you like fish, then you will love Alvor. The owner of this apartment was extremely helpful to us giving us advice on where to go and what to do and even booked the transfers to and from the airport for us. Apartment is about a 15 minute walk to the beach.

Date of stay: July 2016
Traveling group: Young Children
Your age range 35-49
Would you recommend this hotel to a friend?   Yes.
Recommended for:
Was this review helpful? Yes
This review is the subjective opinion of a TripAdvisor member and not of TripAdvisor LLC.
Thank you Deirdre, we look forward to you returning again.
This response is the subjective opinion of the management representative and not of TripAdvisor LLC.
Problem with this review? Thank you. We appreciate your input.

1 helpful vote
“Apartment was dirty with rubbish left from previous guests and owner does not answer phone.”
Reviewed August 14, 2016 for a stay in July 2016
1
person found this review helpful

Alvor is lovely and we will return again but not to this apartment. The owner advised us to take the rubbish out regularly due to ants which we did. However, there was food rubbish under and behind furniture as well as a lot of dust and dirt. One shelf in the kitchen was covered in sugar. We got seriously bitten by ants in the apartment. After this we spent 7 hours in total cleaning the apartment to get rid of the ant infestation and bought loads of insect sprays. We tried to contact the owner while we were there to discuss the issue, she did not answer the phone or respond to our voice mails. The dirt and ants were the main issues. But also :- we did not feel it was safe to use the microwave as a plastic board had melted into he vents, part of the iron was missing and that looked dangerous to use, the balcony furniture was dirty, the cupboards and shelves were cluttered with all sorts of items that may have been left by previous guests, towels appeared to be clean but many were stained and frayed. Prior to the holiday we received the key for the apartment through the ordinary post wrapped in what appeared to be toilet tissue with a hand written note containing directions that was barely legible. I had to use google maps to decipher the address to return the key to.

Date of stay: July 2016
Liked best: Alvor is a lovely
Liked least: The apartmetn was very dirty with ant infestation.
Traveling group: Spouse/Partner
Your age range 35-49
Would you recommend this hotel to a friend?   No.
Was this review helpful? Yes
This review is the subjective opinion of a TripAdvisor member and not of TripAdvisor LLC.
Problem with this review? Thank you. We appreciate your input.

I stayed here in August for ten days with my husband, two teenage sons and young daughter. The apartment was excellent, everything we needed was there and it was very clean. It was lovely to relax on the balcony in the evenings with the beautiful views of Alvor. My sons were kept busy with all the activities such as water polo, tennis, ping pong. My daughter loved the pool and made loads of friends. There were lovely restaurants in Alvor. I would definitely return to this apartment.

Date of stay: July 2012
Liked best: I loved the restaurants that we ate in.
Liked least: There was nothing that i did not like.
Traveling group: Teenagers
Would you recommend this hotel to a friend?   Yes.
Recommended for:
Was this review helpful? Yes
This review is the subjective opinion of a TripAdvisor member and not of TripAdvisor LLC.
Thank you for your review.
This response is the subjective opinion of the management representative and not of TripAdvisor LLC.
Problem with this review? Thank you. We appreciate your input.
Previous Next
1 2
Updating list...
Still can't find what you're looking for?

Looking for a place to stay in Alvor?
View all 221 vacation rentals