I have been staying at this camping More than 15 times, once a year with our sports club. It is always a great stay. Every year the camping invests and offers new facilities. We all love the sports area for soccer, tennis and basket ball. It is well maintained. The pool is also very nice (just the animation and music is sometimes a bit loud) My personal highlight are the plants... the trees, flowers etc are just beautiful. You feel like you are in a botanical garden. The restaurant is not my favourit one but its ok. Sometimes the mobile homes are not that clean as I wish but still it is not bad. The service and management is really nice and helpful so all in all I totally can recommend this beautiful camping site!More 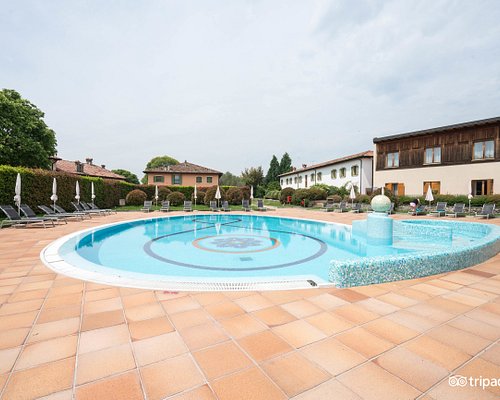 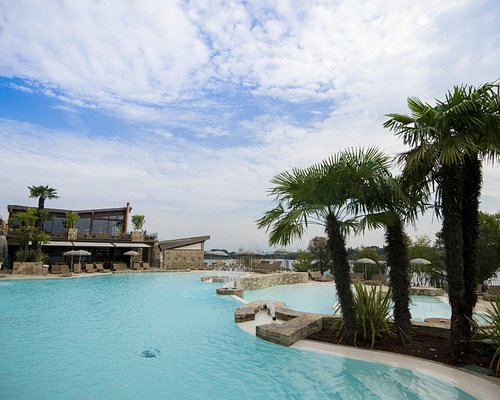 We stayed with Eurocamp in an Azure Compact caravan at the end of May. The caravan was brand new and well equipped. The site itself is very clean, well maintained and located close to Lake Garda. The pools are well maintained although on the chilly side, although that was probably due to the weather. The shop is well stocked although pricier than the supermarkets up the road so we used it only for fresh bread in the mornings, although as the camp fills up the bread doesn’t stay on the shelves for long. The staff are all friendly and we would definitely return.

This review is the subjective opinion of a Tripadvisor member and not of TripAdvisor LLC.
markwD2098TL
134
Reviewed May 30, 2019
Lovely little Park in a great location.

We stayed in a Eurocamp pitch - the location was on the other side of the park from the Lake but on the plus side it was closer to the road into Peschiara (about 15-20 mins). The park itself was tidy with all the facilities we needed, the restaurant was reasonable and the shop had everything we needed - yes it's a bit more expensive but it's handy for bits and pieces. All the staff we encountered were friendly and helpful and my daughter loved the animation team and kids disco.

This review is the subjective opinion of a Tripadvisor member and not of TripAdvisor LLC.
kloby
Osijek, Croatia
2713
Reviewed May 28, 2019
Great family place

We went on a vacation with a 3-year-old girl and to explore surrounding and went to Gardaland and this place was best located in the middle of everything. Price was fair 40EUR per night. The receptionist was very helpful. The pool and playground are great for kids inside the village. We went for groceries shopping 1 km outside from camp to big market called "Famila". There is the deposit of 100 EUR when you come to camp but you get it back last day if you clean house and everything is ok, there was no problem with that.

This review is the subjective opinion of a Tripadvisor member and not of TripAdvisor LLC.
Hannah W
11
Reviewed May 22, 2019 via mobile
Honestly, give it a miss

Stayed here with eurocamp with husband and 19 month old child for 5 nights. The facilities are lovely and it's very convenient to have pool /playground close by but it does all feel a bit tired and like it needs a bit of sprucing up.

What we really have struggled with, however, is that we were surrounded by caravans full of teenagers who played loud music and made a racket until 1 or 2 am in the morning. Every night. Our daughter is usually able to sleep through a bit of noise but they woke her up several times each night and we really struggled to get her back to bed as it was so noisy. We are confused as to why a place that markets itself as family friendly would rent to large numbers of teens who are clearly just here to party.

Overall, I would give it a miss if you're looking for a family holiday. We certainly have been put off doing any sort of eurocamp holiday again.

This review is the subjective opinion of a Tripadvisor member and not of TripAdvisor LLC.
Occasionalholidayer
31
Reviewed May 16, 2019 via mobile
Great place. Clean. Felt safe. Close to the lake. Amazing restaurant.

My first visit to a eurocamp,and hopefully won't be my last. I was very impressed by the standard of the accommodation and the feeling. It felt safe and there were parks dotted around.

The shop was well stocked, including wine. And the camp isn't very far at all from 2 large supermarkets.
However, I feel a real gem was the restaurant. It was genuinely great food and good value too. The service was fantastic.

I visited in May, so there were few people there. So I can only review when there was lots of space and very little noise. As such only one pool was open and the children's entertainment wasn't on, but I didn't feel we missed out because of this But I would still consider going during peak times too.

The only improvement I'd make would be for the chalets to have WiFi. I would also like it to be more explicit that you need to order towels and linen in advance, as we ended up having to buy it. But the staff were very helpful and friendly.

This review is the subjective opinion of a Tripadvisor member and not of TripAdvisor LLC.
View more reviews
PreviousNext
1…678…
<script type='text/javascript' crossorigin='anonymous' async onerror='__scriptLoadError(this,true);' src='https://static.tacdn.com/assets/FAXpyL.495f799a.es5.j