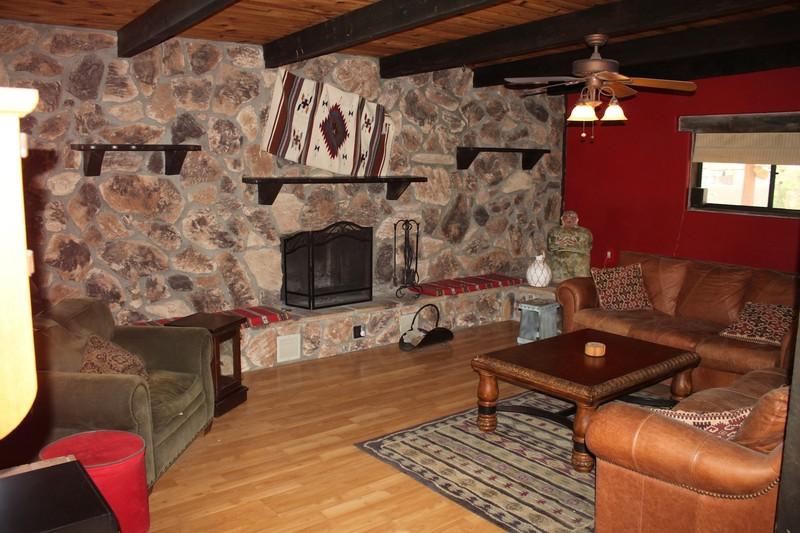 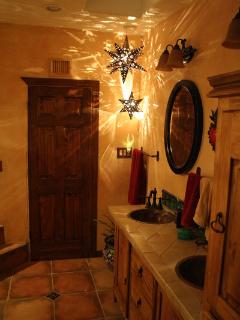 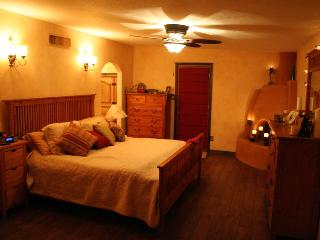 Average - based on 3 reviews
Write a Review

We spent a week in the Hubbard Hacienda in June. The house was large enough to accommodate all of us as well as allow our family to come over for a day and visit us. The beds were comfortable and the house was nice and cool. The pool was a refreshing escape from the summer heat and the outside areas were great for entertaining. We would definitely stay there again!

Date of stay: June 2016
Would you recommend this hotel to a friend?   Yes.
Was this review helpful? Yes
This review is the subjective opinion of a Tripadvisor member and not of TripAdvisor LLC.
Thank you so much! We appreciate guests that treat our home as their own. We love that you had a great stay!
This response is the subjective opinion of the management representative and not of TripAdvisor LLC.
Problem with this review? Thank you. We appreciate your input.

The most relaxing vacation I've ever had! What a beautiful property! Very accommodating owner and beautifully maintained. Curl up with a good book on the Hammock ! Or take a dip in the pristine pool. Very quiet and private as well. I can't wait to have an excuse to stay here again!

Date of stay: August 2016
Would you recommend this hotel to a friend?   Yes.
Was this review helpful? Yes
This review is the subjective opinion of a Tripadvisor member and not of TripAdvisor LLC.
Thank you so much. You are always welcome at our little paradise in the desert!!
This response is the subjective opinion of the management representative and not of TripAdvisor LLC.
Problem with this review? Thank you. We appreciate your input.

3 helpful votes
“Do not rent this place because it is in terrible need of repairs, is a health hazard and needs immediate maintenance!”
Reviewed December 20, 2015 for a stay in November 2015
1
person found this review helpful

We are all trying to recover. My grandson came down with strep throat not long after our 'holiday retreat'. My sister is fighting an infection. When the immune system is compromised from the exposure to toxins, infection sets in. I feel outraged at this experience. I am a licensed acupuncturist and work hard to help people. In order to pay the high fee for our long needed holiday, I worked hundreds of hours! I feel Mr.Hubbard misrepresented his "Hacienda" and it should be taken off the site until repairs are made and it is not a health hazard. He is running the donkey house into the ground and taking peoples' hard earned money. He is not providing what he advertises. This was a tedious experience and caused us a lot of inconveniences and aggravation. We tried to make do day by day, but it became a terrible ordeal. I,too, am trying to recover. I am tired and quite distrusting now about renting from these sites. I want to end this ordeal and heal with the rest of my family. Shame on Mr. Hubbard and Flipkey.

Date of stay: November 2015
Liked best: Being in Tucson, away from the residence, the sun and light
Liked least: The house rental
Traveling group: Extended Family
Would you recommend this hotel to a friend?   No.
Was this review helpful? Yes
This review is the subjective opinion of a Tripadvisor member and not of TripAdvisor LLC.
Unfortunately, in the service industry, it is very hard to please everyone. When someone makes a concerted effort to harm a business, it is important to refute those claims. In response to this review, we would like to say the following: A) This guest went out of her way to damage the good reputation we have built up over the years and posted a review on our other sites, so we assume the guest put this review up to attempt to slander us and extort a full refund from us. B) All of the guest's complaints were addressed during their stay. C) The complaints began from the first day with complaining that the light bulbs were "too bright" and continued throughout the stay, including complaints of mosquitoes in the 23 degree weather, which is not possible. On the 3rd day we received a text stating "Hi......ur beautiful Hm is filled w LOVE N Laughter! Thnk you......all is great." We were surprised when the guest demanded a full refund at the end of her stay, which we denied. We can only assume this guest works hard at logging complaints in the hopes of receiving a full refund, aka free vacation. Kind of like finishing an entire meal at a restaurant, then refusing to pay. D) We did give this guest a large refund for the plumbing inconvenience. The weather was unusually cold and pipes froze, which unfortunately we have no control over. The backing up of the sink again was out of our control. The heater was certified to be in proper working condition as well with no problems. E) If you look at our track record and our other sites, you'll see there have been 8 out of 10 five star reviews, and we have a 100% satisfaction record. On our other property at the same location there are 17 out of 20 five star reviews. We hope this review will not influence anyone, as we have had many, many happy guests, and will certainly have more in the future!
This response is the subjective opinion of the management representative and not of TripAdvisor LLC.
Problem with this review? Thank you. We appreciate your input.
Updating list...
Still can't find what you're looking for?

Looking for a place to stay in Tucson?
View all 1,605 vacation rentals