$129
View deal
Free cancellation until 10/29/21
Reserve now, pay at stay
Residence Inn$129
Expedia.com$129
Priceline
View all 16 deals
Prices are the average nightly price provided by our partners and may not include all taxes and fees. Taxes and fees that are shown are estimates only. Please see our partners for more details.
gpsass1961
Chandler, Arizona
3956

Old hotel and hard to find

This is an old Residence inn and its age is showing. They only have queen beds not Kings. I asked if I could switch to two doubles but they were sold out. They do have a nice pool and hot tub. It is really hard to find as it is tucked behind an old Courtyard and the road is under construction. It is conveniently located to the airport. I would recommend a stay downtown at any of the Marriott properties. It is only ten minutes to the airport and there are all kinds of shopping and dining within walking distance. I would not recommend this hotel.More

Thank you for taking the time to let us know about your most recent stay with us. Our hotel has been fully updated in 2014, which included all new carpeting in the public areas and rooms, new beds, furniture, and drapery. I am delighted to hear that you enjoyed our pool and hot tub during your stay. As well as we are only a 10 minute drive to the downtown area and minutes away from the airport.

Report response as inappropriateThank you. We appreciate your input.
This response is the subjective opinion of the management representative and not of TripAdvisor LLC.
See all 270 reviews
Nearby Hotels 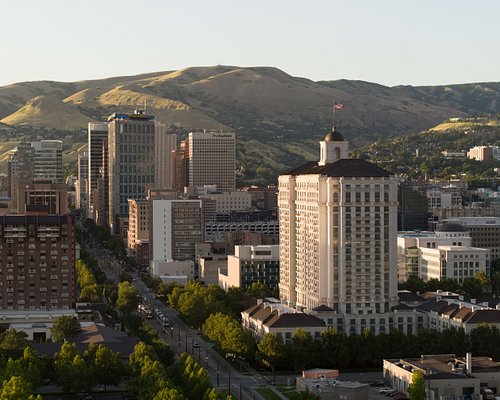 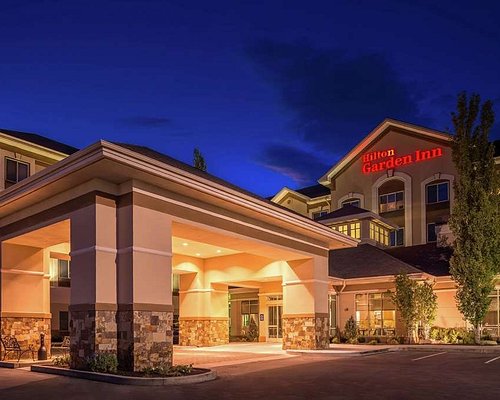 Stayed here because had such a pleasant stay earlier this year. I Sustained an injury the morning before arriving to the hotel. I asked if they had a wheel chair and they called around and found a wheel chair I could use for my stay. The staff helped me to my room and checked in with me each day. The social hours were nice with a variety of goodies. This location is very close to the airport and easy access to the interstate.

I am so excited that our team was able to provide you with great service and help you with your stay! Thank you for your feedback on your stay and we look forward to having you stay with us again when you are in the area.

Report response as inappropriateThank you. We appreciate your input.
This response is the subjective opinion of the management representative and not of TripAdvisor LLC.
Bamboo1978
Elko, Nevada
2
Reviewed February 1, 2017
Stayed here several times

I love this place. The rooms are clean, modern, and spacious. The complimentary breakfasts are okay, but included at least. Staff is friendly and helpful. I left an article of clothing in my room and was able to go back and get it a few weeks later, no problem. Highly recommend.

Thank you for taking a moment to let us know about your most recent stay here with us. I am delighted to hear that you enjoyed your time with us and that our team was able to assist in retrieving your clothing! We look forward to serving you the next time you are in the area!

Report response as inappropriateThank you. We appreciate your input.
This response is the subjective opinion of the management representative and not of TripAdvisor LLC.
brmusicman
Chicago, Illinois
21051048
Reviewed January 30, 2017 via mobile
Poor shuttle operation, unhelpful service, average accommodation

Stayed here one night before an early flight in Jan. 2017.

Room was fine. It's an older Residence Inn with some cosmetic improvements. Furniture was an odd fit for room and some (like dresser) was old and showed signs of wear. Room heating was uneven (very hot when on and cold when not) and rooms were very dry.

Facilities were average. "Fitness room" was tiny with two loud treadmills, an elliptical, and a bike. Breakfast room was spacious. Breakfast itself was underwhelming--one cereal was stuck in its container and the others had spilled everywhere. Coffee was lukewarm. Breakfast was made unpleasant by three separate TVs in the breakfast area all tuned to Fox News and all blaring at a high volume. You couldn't escape the noise anywhere in the lobby.

Service needs work. Check-in was fine, but when we called to ask places nearby from which we could order a pizza, the employee rudely said "Papa John's or Pizza Hut" and abruptly hung up. We were left to find the phone numbers, etc on our own. It had snowed lightly overnight; on the morning of check-out, the pan out the front door to the shuttle had not been cleared and was very slippery. Not sure why it was so hard for staff to put down some salt.

The shuttle driver was also unprofessional. The entire ride to the airport we got to hear him talk to another passenger (in a conversation started by the driver) about his (negative: "I want to beat them up") thoughts about people protesting at airports for refugees. The man is entitled to believe what he wishes but I don't really need to hear it while he is working for the hotel and driving me to the airport at 7:30a.

The shuttle operation itself is a mess. We asked at check-in how to reserve the shuttle and were told "just request it 10 min or so before you need to leave.". We verified this with the woman working the AM shift. So we did...and when the shuttle showed up, with 7 people waiting, it was full from the other hotels. So we sat another 15 minutes. Warning: build in extra time. Also, note that the shuttle stops at four hotels, not just the Residence Inn.

There are many hotels in the area, all about equally priced. Next time, I will choose elsewhere.

Thank you for taking a moment to let us know about your most recent experience with us. We strive to provide all of our guests with a great experience, however we seem to have fallen sort of that goal. We value our guests feedback and will use this to correct and improve upon to ensure this is an isolated incident. I hope that you will allow us the opportunity to serve you in the future.

Report response as inappropriateThank you. We appreciate your input.
This response is the subjective opinion of the management representative and not of TripAdvisor LLC.
S H
New York City, New York
1325
Reviewed January 14, 2017
Comfortable and Kind

In the 2 weeks that I stayed at this property I can NOT think of a single complaint. The entire staff is helpful and pleasant. Ivan at the front desk always says hello, has a smile on his face and ready to help with any issues you may have. Theresa working the breakfast bar never stops moving, making sure everything is replenished in a timely manner. All the while she takes time to build a relationship with guests(she does not forget anything you tell her). If you are on the 4th floor you will meet Alma. Again, very pleasant. She leaves no stone unturned when she cleans your room, and she is fast.

Although the hotel is located near the airport, considering the staff and amenities I consider it an excellent alternative to staying downtown if you have a car. For me, it would be my first choice!

Thank you so much for taking a moment to let us know about your stay! I am truly delighted to hear how my team was able to make such a memorable experience. Ivan, Teresa, and Alma are just a few of our rock stars and really go above and beyond for all of our guests. We are looking forward to having you back when your travels return you to the area.

Report response as inappropriateThank you. We appreciate your input.
This response is the subjective opinion of the management representative and not of TripAdvisor LLC.
Boatingmama61
United States
9338
Reviewed December 7, 2016
Absolutely Nothing Negative to Say, Top Notch Hotel

Hubby and I spent one night here on a recent trip, altough we have stayed here several times. They didn't disappoint. The rooms, hallways and eating areas are spotless. Hotel staff was very friendly and Breakfast was really good with lots of choices. Try mixing the juices for your drink, very yummy. It was towards 9 pm when we arrived and we were hungry, there are no resturants in the area but the Courtyard next door has a Bistro in their lobby so we ate there. The cute gal that works there was fabulous, she made our burgers and fries which were delicious and she was so accomodating. The young man at the counter barely grunted when he took our order and money, Gratefully she and the good food made up for it. Lots of choices on their menu. The flatbread pizza is also really good.

Thanks for your review! I'm so glad our property and staff blew you away for your one night stop. If you travel in earlier Monday-Wednesday, we do have our social from 6-7:30p.m. with complimentary food and drinks. We look forward to seeing you for your next visit to the area!