StayForLong
Expedia.com
Hotels.com
View all 15 deals
Prices are the average nightly price provided by our partners and may not include all taxes and fees. Taxes and fees that are shown are estimates only. Please see our partners for more details.
KTH_28
Durham, United Kingdom
21

Yet another wonderful holiday at the Lohmann. This was our fourth visit and while the food has always been good in previous years, this year it was fantastic. Many thanks to all the staff and in particular to the chef and his team. Hope to be back next year!

See all 226 reviews
Nearby Hotels 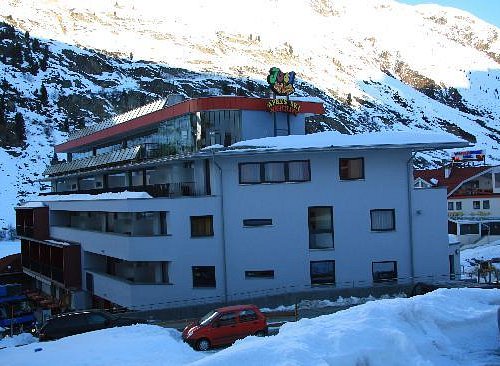 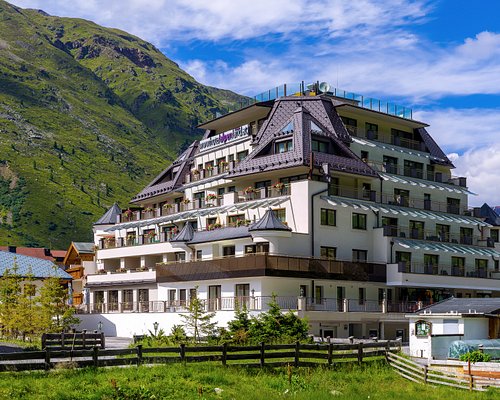 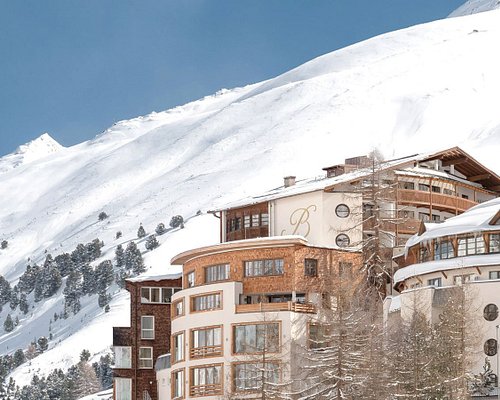 We have stayed at Hotel Lohmann two years in a row and will probably go back again for a third time. As other reviewers have said, this is a family hotel so I would look elsewhere for a romantic couples break. If you have young children the place is perfect. There are play areas within the hotel and also a kids club open to late. The result is that Adults can relax whilst the kids run about the place playing and making friends.

The buffet breakfast and dinners were extensive, whilst not Michelin starred was much better in quality than your usual buffet so no one went hungry. Our party had two different dietary requirements and even thought the meals were all buffet, the kitchen staff went out of their way to accommodate. The rest of the hotel staff where just as lovely and crucially, they offer a pick up service to take your children from Ski School at lunch time to the hotel for lunch, then back again for the afternoon session so Parents are free to ski all day.

We had the cheapest room, which was fine for a family of four. One big double bed, a double sofa bed, a shower room, seating area and even a small kitchen which was never used.

In terms of skiing, the hotel has a ski locker room with boot heaters, but it can get very crowded if you are leaving just before ski school start time. It is a walk to the slopes but an acceptably short walk through the car park of the Hochfirst hotel takes you out to the Ski School meeting place. Once you have dropped off the kids, then just take the short drag lift up which will leave you just above the Festkoglban gondola which takes you straight to the top of the mountain. Obergurgl/Hochgurgl is a small ski areas, but great pistes well serviced with modern lifts and very little queuing time.

So overall, lovely staff at the hotel, good food and great family skiing. We will probably be back again at least one more time, although when the children have got a bit better on their skis might want to look for a bigger resort.

This review is the subjective opinion of a Tripadvisor member and not of TripAdvisor LLC.
karensI5651US
Ayr, United Kingdom
86
Reviewed February 9, 2020 via mobile
Fabulous stay

This review is the subjective opinion of a Tripadvisor member and not of TripAdvisor LLC.
Emmstick
1
Reviewed January 26, 2020
Loved Lohmann

We had an excellent family ski holiday in Lohmann. The staff were so patient with the kids,the food was fabulous by the English chef. The waiting staff like Frank were just wonderful and quite entertaining. Thanks for a great holiday.

This review is the subjective opinion of a Tripadvisor member and not of TripAdvisor LLC.
tiberioc295
1
Reviewed January 22, 2020
Fantastic, friendly family hotel

We spent New Year at Hotel Lohmann on a skiing holiday. The hotel is in a superb location in the village within easy reach of both nursery slopes and key lifts. It is run by friendly staff, the food selection each day is fantastic and the hospitality at the evening meals really superb. The hotel is integrated with the ski hire shop, so it's super easy and quick to get all your gear. I would highly recommend and hope to return again. Keep up the good work.

This review is the subjective opinion of a Tripadvisor member and not of TripAdvisor LLC.
adN86SM
1
Reviewed January 22, 2020
Skiing Week

Visited during Jan 2020 for week skiing with Crystal Ski. Very welcoming staff - special thanks to Anna (Reception and everywhere!). Very large room on 3rd floor with excellent bathroom, good views comfortable beds. Combination safe in wardrobe. Food very good, always buffet style, with excellent choice. Afternoon cake and drinks provided free, as are house wine and beer with dinner.
Associated Lohmann shop offered free ski binding checks and good rates for servicing as well as rental and shop reductions.
Can ski back to within 100m of hotel. Have to walk further to lifts or catch bus 100m from hotel.

This review is the subjective opinion of a Tripadvisor member and not of TripAdvisor LLC.
View more reviews
PreviousNext
123…
<script type='text/javascript' crossorigin='anonymous' async onerror='__scriptLoadError(this,true);' src='https://static.tacdn.com/assets/assets/38xMQJ.9e3bac2f.es5.js' data-rup='assets/38xM