$170
$143
View deal
Free cancellation until 10/01/21
Expedia.com$152
Priceline$152
Hotels.com$152
View all 16 deals
Prices are the average nightly price provided by our partners and may not include all taxes and fees. Taxes and fees that are shown are estimates only. Please see our partners for more details.
lv2trvlNewYork
Syosset, New York
1011

staff is lovely ,place is cleanish, kingbed room size is good . BED ...SO VERY HARD!!!! febreeze sprayed in rooms yuk. air conditioning filter dirty , changed upon my request. food in restaurant was very good and service was too fast.we checked out after one sleepless night, we were booked for two nights

Trip type: Traveled as a couple
See all 13,849 reviews
Nearby Hotels 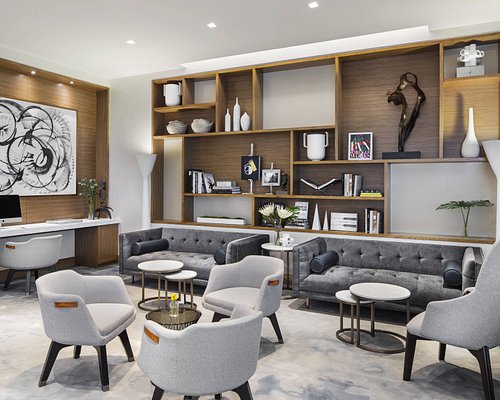 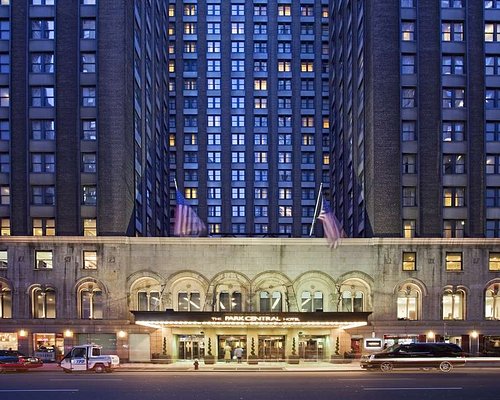 Prior to arriving in NYC, I didn't have high hopes for this hotel, and expected not to want to spend much time in our room. However I was very pleasantly surprised to find that what was quite a small room was so cleverly designed and appointed that it didn't feel small at all, and I was very happy to spend as much time in it as I could. Another delightful surprise was the friendliness and helpfulness of all the staff. They couldn't do enough for us. Daniel, Ben, Klauson, DJ and Amanda, you are fantastic people. Thank you all so much for making our stay so pleasurable for the short time we were there. Can't wait to stay in another Yotel again!

This review is the subjective opinion of a Tripadvisor member and not of TripAdvisor LLC.
Ken M
Harbor City, CA
46
Reviewed September 6, 2011
A great idea done well

Ask for DJ when you check in; he truly wants to make sure you're treated well, not just looking for a tip. He remembers you throughout your stay, too!

Room tip: They are small but very well configured; bathroom through curtain might be a problem for some.
Ask Ken M about YOTEL New York
1  Thank Ken M

This review is the subjective opinion of a Tripadvisor member and not of TripAdvisor LLC.
DiamondX
London, Ontario
12
Reviewed September 6, 2011
Nice hotel but had its issues

We stayed at Yotel for 6 nights and stayed on the top floor with a nice view. The room is small as mentioned, however it didn't really feel small at all. All the staff were great, from the staff at the entrance assisting us as well as mission control. They offered free printing at mission control when we needed to print some important documentation and free internet in our hotel room was always nice and speedy... most hotels with free internet are extremely slow. Our room was clean and the hotel seemed clean overall. The location was nice as well, only about an 8 minute walk to times square.

One thing to note is that our room had a montion detector and when it didn't detect montion after a period of time, it would cut the lights out and turn the AC off. During the day this wasn't an issue, when we got back to our room the AC cooled the room down pretty quick. However, when we were sleeping we apparently don't move enough for it to not cut the power so we would wake up in the middle of the night sweating due to no AC and having to trip the montion detector to get it to go back on.

There were only a couple other things we had issue with, it really isn't very nice not having a separated bathroom when you have someone else with you. We also had problems with our phone not working on 2 seperate days. Both times mission control had someone fix it while we were out but it was a bit of an inconvience for us as we were trying to make arrangements for various things. The one other small thing that was odd to me was that the room didn't have kleenex... wasn't sure if that was normal or house cleaning just never restocked our room.

This wasn't an issue for us, but if you really can't handle a firm bed, you may not like the beds as well as they are pretty hard.

We stayed for the introductory rate they offered before they opened which made this worth it as it was less than half the regular price, however not sure I would stay again for the regular nightly rate they charge.

This review is the subjective opinion of a Tripadvisor member and not of TripAdvisor LLC.
shreiby
United States
1410
Reviewed September 6, 2011
You'll Be Cool When You Grow Up

For those of you reading this, please read the whole thing. I know it’ll seem a bit scattered and all over the place, but ultimately worth the hassle and refreshing—kinda like the Yotel.

Let me start by saying that I don’t expect hotels that charge $149/night to provide me with service or amenities like the Ritz Carlton, especially in New York City. I read reviews of the Yotel and get the fact that it’s only a few months old, the rooms are small but smartly designed, they’re working out some kinks, the beds are uncomfortable, etc. It’s all true and I’ll go into some detail.

The more I think about it, this is a situation like an Olympic gymnast, figure skater, or diver. There is the plan (or as they say in the Olympics, the difficulty) and the execution. The Yotel nails the plan, but the execution still needs some refinement.

The location of the Yotel is pretty good. It’s a fairly easy walk to Times Square and most of Midtown. If you take the subway, it is a little bit of a hike. The best thing to do is to take the subway to 42nd Street and then take the M42 crosstown if you don’t feel like walking.

Upon arriving, we went to the kiosks which were very easy to use. An employee greeted us and gave us the lay of the land about Four, our rooms, the breakfast, etc. We promptly went to our room to drop our bags and freshen up.

The room design is very good. I’ve stayed in larger rooms that have felt more cramped. This one works because they obviously planned everything very well while other hotels try to force unwieldy furniture into existing spaces. Not here.

Our room was hot when we entered. The thermostat said 80 degrees. The A/C is supposed to be motion activated and turn on automatically. It did not. I tried setting the temperature at a few different points. Nothing. As we left to go out for the evening, I mentioned the room temperature to one of the people at the front (I don’t know if they are bellboys or something else). He didn’t seem surprised and said that our system probably needed to be reset and would send someone up to look at it.

Upon return, we went up to our room and it was even hotter. Apparently, they didn’t reset or fix the A/C. I bumped into a couple of maintenance guys and they came in and reset the system. They said it just seems to happen that the system needs to be reset. As they were looking at the A/C unit I noticed that the air filter was absolutely FILTHY. It looked like it hadn’t been changed since the hotel opened. I’ve attached a picture to this review. Ultimately, the room cooled down and we were able to go to sleep. Throughout the night I noticed the green LED on the phone would periodically turn on and off. It was a bit strange, but I figured it was just another of the trendy room things.

Neither my wife nor I slept well. The beds are as uncomfortable as many of the reviews note. I knew this was a downside, so I’m not going to knock Yotel too much for it. What was a bigger disappointment to me was that the phone didn’t work. I’m not exactly sure why, but I think it had something to do with a “Waiting for Log-In” or something similar. What that told me was that the A/C problem and the phone problem were connected. There was probably a glitch in the system that didn’t activate either system when we checked in. Almost like the room didn’t realize we were supposed to be there.

The breakfast is not as one would expect. Maybe I'm from a different continent, but continental breakfast usually means more than your choice of 3 different types of muffins and coffee.

I’ve put some negative comments in the above paragraphs, so let me say that the Yotel is very clean and bright. The terrace on Four is a nice place to sit and relax and have a drink. We enjoyed it.

I’ve read reviews and responses that Yotel is working out some of the kinks. It’s been two months and items like the phone and A/C should be figured out by now. I don’t knock them for the problems, I knock them more because a couple of times when I was in the lobby I didn’t know who to ask for help. I also couldn’t call downstairs on my unworkable phone.

I’ll say again that I don’t expect the world for $149/night. Yotel delivered a much better experience than you’d get at many $149/night Manhattan fleabag hotels.

Would I stay here again? Probably. Why? I don’t need pampering, just deliver on the promises. Yotel almost did that, but by trying to be ultra-modern with the phone and A/C they stumbled.

From a scoring standpoint, high marks on the plan and medium marks on the execution. Keep practicing and I’m sure you’ll nail it soon.

This review is the subjective opinion of a Tripadvisor member and not of TripAdvisor LLC.
Adibleb
Madrid, Spain
1
Reviewed September 5, 2011
A place to rest and to enjoy comfort :)

I have stayed in Yotel New York for 11 nights and believe me it's amazing. The staff is very friendly and welcoming, especially ask for Linda Ibrochi : she'll definitely help you around. For some reasons, i was upgraded to a spacious room located on the 24th floor( ASK FOR IT : NUMBER 2437) it has an amazing view on the buildings and its located right next to the galley( small kitchen where u could have free coffee and water + microwave and fridge , in case u have food to store). The Hotel is right next to the famous Times Square and close to several subways going both uptown and downtown.

This review is the subjective opinion of a Tripadvisor member and not of TripAdvisor LLC.
View more reviews
PreviousNext
1…155215531554…