Beresford Arms
Beresford Arms
Lowest prices for your stay
Lock in the lowest price from these sites
$115
Free cancellation until 11/06/21
Reserve now, pay at stay
View deal
Expedia.com$115
Hotels.com$115
Priceline$115
FindHotel$115
eDreams$115
Orbitz.com$115
View all 13 deals
Prices are the average nightly price provided by our partners and may not include all taxes and fees. Taxes and fees that are shown are estimates only. Please see our partners for more details.
Surendra G
Mumbai, India
12970

Eating places, landmarks are within walking distance. Even the high end shops and cable car starting point can be reached by walking. The Hop on Hop of bus stop is near. A very convenient location for a short time visitor.

See all 1,430 reviews
Nearby Hotels 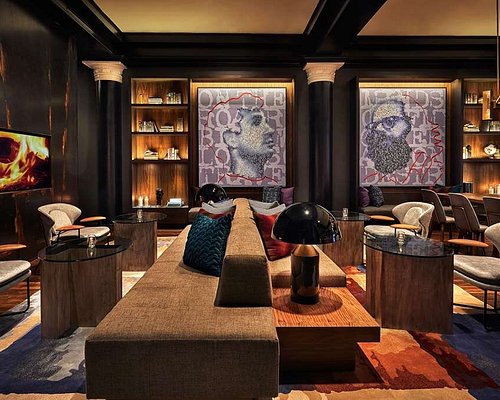 Very large rooms.
Classy, wood-panelled interiors in an old-charming manner made us feel at home. The bathroom has 2 wash-basins so no argument that who will use first! The in-room pantry was equipped with microwave, toaster and few necessary items. The in room wifi had very good speed, an added advantage. The hotel has a semi-Victorian look from outside.
Breakfast spread could include more choices.
Given an opportunity we are likely to stay again at Beresford Arms.

This review is the subjective opinion of a Tripadvisor member and not of TripAdvisor LLC.
Jamie E
127
Reviewed August 24, 2016
OK but noisy!

I should have listed to our travel agent when she suggested another place. The Beresford Arms was OK; large, clean rooms, soft beds, centrally located but the place is NOISY. We spent 4 nights here on the 5th floor and the street was noisy enough to keep us up. The walls are also paper thin as we could hear conversations in the next room and hallway quite easily.
I was also pretty disappointed that there is no traditional concierge; no one to call and confirm tour trips / tours for you the day before - they simply hand you the phone.
I know SF is pretty expensive and this place met the requirements of our wallet but I'd probably go elsewhere next time.

This review is the subjective opinion of a Tripadvisor member and not of TripAdvisor LLC.
Yorkshire_lad_MOT
Yorkshire
5429
Reviewed August 16, 2016
Great place, location and friendly staff

Stayed here for 4 nights in June on our first visit to San Francisco. Grand old style hotel in a great location just 5/10 minutes walk to Union Square. Room on 8th floor was spacious and very clean, with 2 double beds and a large bathroom.
Continental breakfast was fine and afternoon happy hour, complimentary wine and cheese, was a good touch.
Checking in and out was efficient and free safety deposit box was useful. Very friendly staff, would definitely recommend.

This review is the subjective opinion of a Tripadvisor member and not of TripAdvisor LLC.
cektopxl
Brooklyn, New York
93
Reviewed August 13, 2016
Could be a great stay with additional attention to detail

I had an "ok" stay at this hotel, but it could have been a lot better if there was a bit more detail applied to the structure. The hotel is in a fairly central location, with easy access to the heart of San Francisco. There is no direct access to public transit though, so you would need to walk for about 10 minutes to get to a bus or a train station. The hotel it self could be described as rustic at best, with furniture dating to the early 1900. From the looks of it, the room look like they haven't been upgraded in a while either. My room was definitely in need of a paint job, but the most disappointing aspect of my stay was the shower. The water was either scolding hot or freezing cold, there was no in the middle. Furthermore, the water that came out of the bathtub facet was a different temperature than the water that came out of the shower. Now granted, they would have probably changed my room if I complained to the front desk about it, but I was only staying for one night so it didn't make much sense. The "breakfast" was a bit of a let down as well. It basically consisted of a few muffins and a cup of Lipton tea or coffee. However, what this hotel lacks in amenities it makes up in staff. They were amazing and really helpful. Like I said, this hotel could be much, much better is a little bit more detail is applied to the hotel itself.

This review is the subjective opinion of a Tripadvisor member and not of TripAdvisor LLC.
PaulineNLU
Utrecht, The Netherlands
2218
Reviewed August 9, 2016 via mobile
Good location, friendly staff, big family room

We enjoyed staying in Beresford Arms. Great location, nice staff, we stayed with our 4 kids into two rooms and could check in early in one room. The family room could have easily housed all of us, but the connecting room made it even more spacious. Breakfast is basic, but free!