Oahu
Search for "{0}"
Post
Trips
Tip: All of your saved places can be found here in My Trips.
Inbox
Log in to get trip updates and message other travelers.
ProfileJoin
Search

Review of Ocean Front Paradise on the North Shore 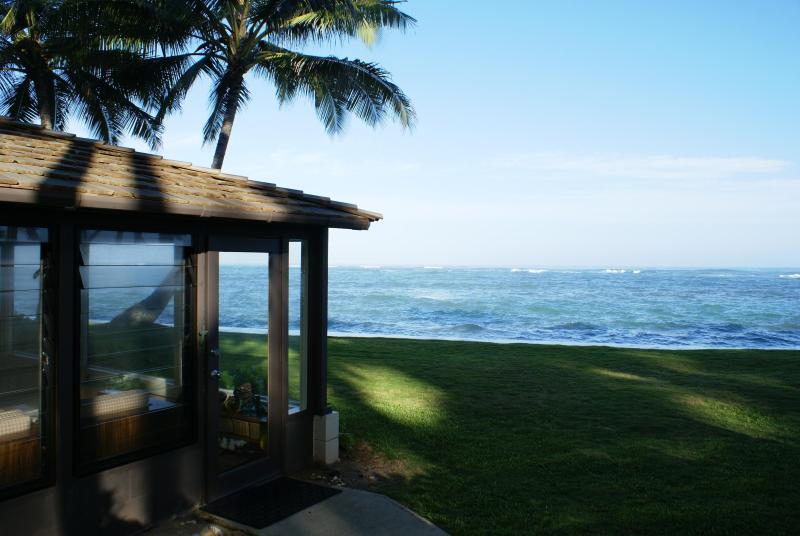 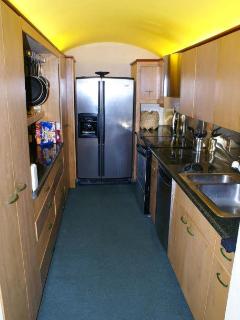 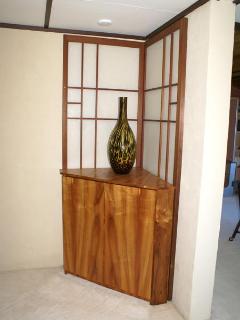 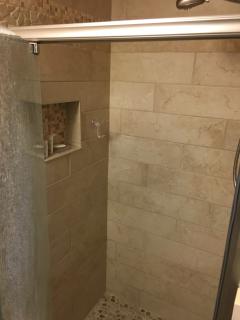 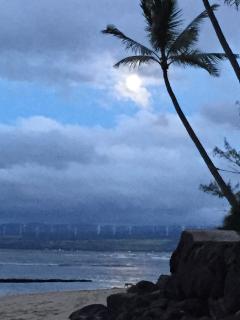 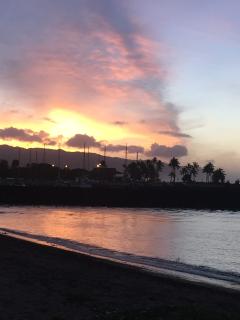 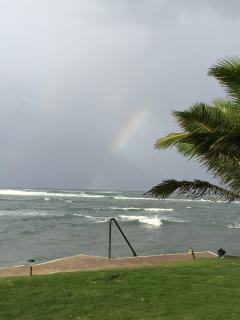 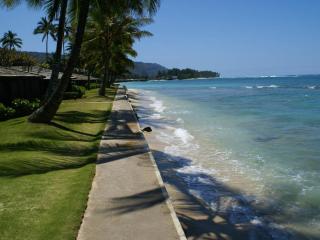 Excellent - based on 4 reviews
Write a Review

We were hesitant to rent a place for one month without having seen it, but we were not disappointed. The views are among the best in the area and the location is fantastic if you don't mind being somewhat secluded. There is a small beach in front of the unit where sea turtles are frequent visitors (it's against the law to touch them), a polo field to one side of the property where matches are held on weekends throughout the summer just a short walk away, a breathtaking mountain range in the distance behind the property, and gorgeous tropical landscaping on the unit grounds.The property owner and contact person treated us professionally and kindly both before and during our stay. Great communication and prompt responses were commonplace.The unit is in a gated community, one parking spot is assigned to the unit, and crime is not a concern in the area.

The unit is exactly as described and it comfortably accommodates two adults -- no more than that overnight. It can get hot during the summer because there are stationary windows across much of the front that obstruct air flow, but there are fans to facilitate air flow inside if you use them. The breezes off the ocean are refreshing so being close to the water was wonderful. Like most units there, the bedroom has a window air conditioning unit that we ran every night and it kept the bedroom very cool during hot summer months. You're in the tropics so bugs will be a problem if you don't constantly clean up after yourself in the kitchen or eating areas, but that is not an issue unique to this unit -- it's an issue on all of Oahu. For this reason, you can't leave doors open, you cannot let garbage accumulate, and there are screens on all the windows. It's common to see ant or roach traps along the walls or under windows and if that bothers you, island living might take some getting used to -- but it's worth it. Island geckos are common and often chirp during the night, but they eat insects and are harmless and people tolerate them here.

The kitchen was stocked nicely with dishes and pots and pans, small and big appliances, and all appliances were clean and in good working order. There was nothing we lacked except central air (in fairness, central air is rare in this area of the island). The dining table is comfortable and it has a great view of the ocean. Wireless internet worked well and we had no trouble with IPhone reception. The tv and cable selections are just average though, maybe a bit less than average, but we didn't watch much tv -- except for the soccer games in Brazil which we were able to watch just fine. The dvd movies that were there did not always play well on the dvd player, a result of the salt air I think that permeates everything. If you want dvds bring your own or borrow them from the Waialua library.

We loved having a washer and dryer to ourselves behind the unit so we didn't need to take our towels, clothing, and swimsuits to the community laundry, and we found everything we needed quite easily. The saltwater swimming pool on the property is fantastic and came in handy during windy days when we did not want to swim in the ocean. The ocean floor has many sharp coral reefs -- some dead, some thriving -- in that area so I recommend you bring snorkel gear and reef shoes if you are lucky enough to stay there. It's safe to swim in front of the unit during the summer months when the waves remain small (it is an ocean with tides, marine life, and currents so "safe" is a relative term) -- but you can easily cut yourself on the reefs if you do not have proper protective gear or aren't careful. There were two surfboards in the unit for use, beach chairs, some snorkel gear, and reef shoes, but bring your own gear if you worry about a good fit.The ocean is clear in front of the unit and protected by a reef that runs along the shore. Once outside the reef, however, the bottom drops away quickly and predator marine life is possible. I spoke with residents who have lived there for decades and they've never encountered problems with sharks in the area, but sometimes eels are attracted by spear fishing so be watchful if you see people spear fishing nearby.

When we were there mid-June to mid-July 2014, the majority of people we met there live there year-round and they were very friendly. Because this is their home, it tends to be a quiet, private place with little signs of life after the sun sets in the evening. Most are early risers. About half seem retired and about half still work nearby. The pool was usually not too crowded -- except for Fourth of July weekend. I never saw anyone use the tennis court while we were there but it was very hot during our visit (87 to 90 degree Fahrenheit and humid during day but cool at night near ocean). The beach, public but secluded, has the most people in the morning hours when the water seems to be the calmest and again at sunset when the beauty of the sunsets take your breath away, but the beaches were never overly crowded when we were there -- and most times appeared deserted.

Waialua and Haleiwa are a relatively short drive away but you will need a car. The speed zones change frequently in the area and are strictly enforced, and there are many people out walking, joggers, and bicycles along the road at night so drive cautiously. If you are lucky enough to visit the islands, and lucky enough to stay at this property, I suspect you will carry wonderful memories of your stay here for many years to come.

Date of stay: June 2014
Liked best: Location and customer service
Liked least: I wish we could have stayed longer
Traveling group: Spouse/Partner
Would you recommend this hotel to a friend?   Yes.
Recommended for:
Was this review helpful? Yes
This review is the subjective opinion of a TripAdvisor member and not of TripAdvisor LLC.
Problem with this review? Thank you. We appreciate your input.

Lynnwood, Washington
Reviewed May 14, 2014 for a stay in April 2014
3
people found this review helpful
Date of stay: April 2014
Liked best: The incredible view
Liked least: Having to say goodbye
Traveling group: Spouse/Partner
Would you recommend this hotel to a friend?   Yes.
Recommended for:
Was this review helpful? Yes
This review is the subjective opinion of an individual traveler and not of TripAdvisor LLC nor of its partners.
Problem with this review? Thank you. We appreciate your input.

Washington
Reviewed December 1, 2011 for a stay in March 2010
2
people found this review helpful
Date of stay: March 2010
Would I recommend this vacation rental to my best friend?
Recommended for:
Was this review helpful? Yes
This review is the subjective opinion of an individual traveler and not of TripAdvisor LLC nor of its partners.
Problem with this review? Thank you. We appreciate your input.

Tucson
Reviewed November 30, 2011 for a stay in September 2011
8
people found this review helpful
Date of stay: September 2011
Would I recommend this vacation rental to my best friend?
Recommended for:
Was this review helpful? Yes
This review is the subjective opinion of an individual traveler and not of TripAdvisor LLC nor of its partners.
Problem with this review? Thank you. We appreciate your input.
Still can't find what you're looking for?

Looking for a place to stay in Waialua?
View all 19 vacation rentals