We've stayed in Kahana Village twice. Sept 2017 & Jan 2019. 2 bedroom unit #20 and 3 bedroom unit #18. Both trips were great! Unit 18 was the bomb! We had a 2 yr old with and having NO steps and an enclosed HUGE deck was perfect. The unit is really spacious! Great outlook over the pool and grounds to the ocean view. We hosted a rehearsal dinner of 20 and with the decks, porch and living room it was extremely comfortable. Kitchen was stocked well. Vicki and Gretchen were extremely helpful and responsive. This is our go to place on Maui. Small complex and very comfortable and private. No parking garages or elevators.More

Thank you so much for the wonderful 5 star review! We are always excited to welcome our returning guests! We are so happy that you enjoyed your stay with us in unit # 18! We are happy to be at your service and can't wait until your future stay with us! Your comments and feedback are very much appreciated! Mahalo!

Report response as inappropriateThank you. We appreciate your input.
This response is the subjective opinion of the management representative and not of TripAdvisor LLC.
See all 695 reviews
Nearby Hotels 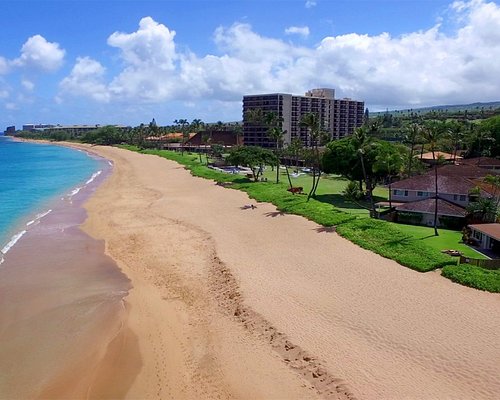 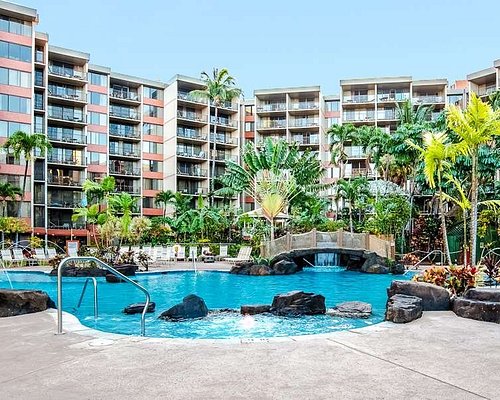 We have been coming to Maui for 24 years. This has been the best place!!! Quiet complex. Office staff are awesome. Great pool and hot tub and very close to beach. I will definitely be back. Washer and dryer in units so you don’t have to pack much.

Thank you so much for the wonderful 5 star review! It's amazing to hear that you have been coming back to Kahana Village for 24 years!! Thank you for choosing Kahana Village! We are looking forward to your future stay with us! Mahalo!

Report response as inappropriateThank you. We appreciate your input.
This response is the subjective opinion of the management representative and not of TripAdvisor LLC.
mrsslk
Cupertino, California
4140
Reviewed January 29, 2019
Only stay here if you don't mind cigarette smoke, smoking allowed on the lanais

We had four lovely nights at Kahana village followed by two days/nights where we could no longer sit on the Lanai or leave our sliders open.
PROS: We stayed in unit #2. It was comfortable - the furnishings were a little tired but everything worked and appeared clean. The beds were comfortable. The view is quite nice. My mom is 85 and for the first four days spent most of her time on the lanai, reading and enjoying the fresh air and ocean sounds and view. The condo kitchen was well equipped - I found everything I needed for food prep.The staff is all very friendly and the Mai Tai party is a lot of fun.
CONS: On the last two nights, someone checked into Unit 3 and they basically chain smoked most of the time. My mother has a chronic lung condition and immediately became short of breath when exposed to the cigarette smoke so could no longer enjoy the outdoors, even just from the sofa. With the breeze, the smoke came directly in our condo. The doors had to be closed.
I have probably been to Hawaii at least 15 times in the last 10-15 years and have never had this experience, including a previous visit to Kahana Village about 8 years ago. I went by the office and the lady at the desk confirmed that smoking was allowed on the lanai. I returned to my condo to reread the letter closely that was given on our arrival. It clearly said smoking is allowed on the lanai. When we booked the room, no one told us about this rule - I never expected it. I find nothing on their website stating that smoking is allowed on the lanais. I reread the contract on line (very hard to read - doesn't open up well) and saw nothing about it. We in no way would ever have chosen a place that allows smoking.
Interestingly, there is a law passed in Hawaii in 2006 that specifically mentions smoking is not allowed on lanais. Also found on the internet, listings of a small number of hotels allowing smoking on the lanai. Kahana Village does not appear on the list. My question is, how do these hotels get away with not following the law?
That being said, we had four good days and nights followed by being held hostage in our room because of the cigarette smoke. My mother basically stays in the condo because the stairs are difficult for her so the door had to stay closed. Do not stay here if you can not tolerate smoke for a medical reason, allergy or just do not like the smell of it. You will never know who your neighbor will be until they arrive and light up.

This review is the subjective opinion of a TripAdvisor member and not of TripAdvisor LLC.
skippersdad
Scottsdale, Arizona
1714
Reviewed January 23, 2019
Best location for our Holiday vacation!

Wow! We are so glad we found Kahana Village. The staff does an amazing job with managing the property, everything was spotless, clean and beautifully maintained. Our condo had the most amazing view and was supplied with everything we could ever need. Even the patio had the most comfortable furniture...and the kitchen was set up perfectly for all of our cooking adventures. Vicki & Gretchen were welcoming and kind and hosted a wonderful MaiTai party. We could not have found a more scenic location, within walking distance to so many shops and dining opportunities and just a short drive to downtown Lahaina. We highly recommened staying at Kahana Village!! Aloha

Report response as inappropriateThank you. We appreciate your input.
This response is the subjective opinion of the management representative and not of TripAdvisor LLC.
Pioneer65248920465
11
Reviewed January 11, 2019
Just ok

Furniture dated, beds well enjoyed, but for $7K for two weeks seems a bit on the high sideThe view was really good, nice access to beach, but I guess that’s what you pay for mostly. There was some construction going during the day, so not something people enjoyed much I imagine, glad I wasn’t staying right next to the unit running power saws all day, for days.

Trip type: Traveled with family
Review collected in partnership with this hotel
This business uses tools provided by Tripadvisor (or one of its official Review Collection Partners) to encourage and collect guest reviews, including this one.
Ask Pioneer65248920465 about Kahana Village
1  Thank Pioneer65248920465

This review is the subjective opinion of a TripAdvisor member and not of TripAdvisor LLC.
onyrmarks
Chicago
328
Reviewed January 6, 2019
Absolutely perfect!!!

We spent 10 days in unit 19 (3 bdrm) with our family of 6. Our unit was everything we hoped for. The lanai overlooking the beach was comfortable, the kitchen well equipped with absolutely everything we could have ever needed, the bedrooms were comfortable, and the bathrooms were roomy. The property is beautiful and well maintained. The beach was steps from our condo making it easy to run in to reapply sunscreen & replenish drinks. The pool is nice and the barbecues are kept clean. We would absolutely stay here again and highly recommend Kahana Village.

Room tip: You can see pictures of each unit on the website.
Ask onyrmarks about Kahana Village
Thank onyrmarks

Thank you so much for the wonderful review! We are happy to hear that you enjoyed your stay in Unit# 19, and that the unit was everything you hoped for. Your comments and feedback are very much appreciated. Thank you for recommending Kahana Village and we are looking forward to your future stay with us! Mahalo!

Report response as inappropriateThank you. We appreciate your input.
This response is the subjective opinion of the management representative and not of TripAdvisor LLC.
View more reviews
PreviousNext
1…121314…116