Polynesian Water Park Resort
Polynesian Water Park Resort
Lowest prices for your stay
Lock in the lowest price from these sites
$172
$134
Free cancellation until 11/04/21
View deal
Expedia.com$134
Hotels.com$134
Tripadvisor$134
FindHotel
Agoda.com$134
Traveluro$172
View all 17 deals
Prices are the average nightly price provided by our partners and may not include all taxes and fees. Taxes and fees that are shown are estimates only. Please see our partners for more details.
Ljj07061981
32

Review of Polynesian Water Park Resort
Reviewed May 27, 2019 via mobile

At first there was a mix up with our reservations on their part. Yhey had great customer service they went above and beyond to fix the issue. Awesome manager and front desk service. Indoor waterpark wonderful. Pool and spa was nice but lots of chlorine. Outside waterpark wasnt open yet :(. Rooms was wonderful amd clean.

Trip type: Traveled with family
See all 812 reviews
Nearby Hotels 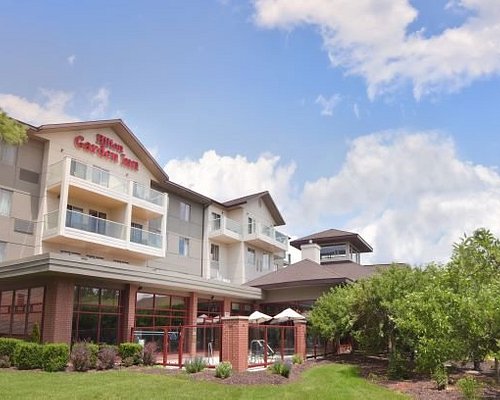 We stayed here last night. The room was ok, and they do have free laundry. But now for the bad part.

The kids wanted to swim in the park this morning, so we did. My four year old went to get into the water by the slides and it was over her head, and she started to panic. The lifeguard got up and walked over to the edge of the pool, luckily my oldest was there and got to here in time. Another family said their boy slipped and hit his head hard the night before, same lifeguard on duty, did nothing. Later same lifeguard “now on a chair” had her child snuggling in her lap. How is she supposed to save anyone like that? You may say this is only one employee. But wait there’s more, the one other life guard whom I assume was a supervisor as she had the only radio, I only saw her a few times. At least the kids say there was one at the top of the slides. Now the scary part, the lazy river goes through a tunnel and it gets very dark in it. I saw a lifeguard station but no lifeguard. Someone could easily drown back there and no one would know until the body came floating around. And there were times I saw no lifeguards at their stations at all. I felt like I was playing lifeguard.

When my wife complained to the hotel manager she was told “We meet the minimum state regulations”. I looked they do not.

But hey if you want to swim for free? Go through door 5 into the hotel, the lock is broke.

This review is the subjective opinion of a Tripadvisor member and not of TripAdvisor LLC.
thompsonbeth13
Oshkosh, Wisconsin
11
Reviewed March 31, 2019 via mobile
Disgusting and I have pictures to prove it. Room #309

Room 309, smelled like mold, my son who is 14 and has asthma got really sick, dirty, sink not even wiped down, not vacuumed, heat/ac didn’t work, everything was stained and dirty, water park had huge line and opened 30 minutes late. See pictures included.

This review is the subjective opinion of a Tripadvisor member and not of TripAdvisor LLC.
Kelli T
Sauk City, Wisconsin
122
Reviewed March 26, 2019
Great for smaller kids

This place was great for smaller kids, my son is 6 and he loved it. They were quite short staffed for lifeguards and a few of them i would have not kept on staff since they were more concerned with their phone than watching the water and kids. There were a few that were really great though! Sounded like they had a new manager and he just fired a few lifeguards and looking for more. My son loved the big slides! While watching my son go down the slides we did witness another kid puke in the pool and we let the lifeguard know and they quickly got ahold of their manager and closed the pool down. The family of the boy wasn't going to let anyone know and kept swimming. We couldn't believe they didn't care about the sanitary aspect. I didn't like that there was 2 separate pool areas that were quite a bit far apart and the hallway between them was quite cold. We mostly stayed in the area with the big slides. The rooms were dated but clean. It is a cheaper option in the dells if you don't want to pay for the big resorts and have smaller children. TV worked. They had a small restaurant but we didn't utilize it. We had a good time and would return in the future.

This review is the subjective opinion of a Tripadvisor member and not of TripAdvisor LLC.
Myriabailey
Oregon, Illinois
4
Reviewed March 25, 2019 via mobile
Moldy dirty gross

First room we got the door was wide open we went in there was barbecue sauce all over the lamp lamp shade table and lamp knob! When we tried to close the door we had to lift it up to shut it! We got another room and it was gross food on the floor next to bed smelled like mold. The kids weren’t even in the pool an hour got kicked out because somebody pooped in the pool. The water was freezing cold couldn’t even enjoy anything! I couldn’t make myself stay there we packed up and left! Don’t waste your time or money going here. Wished I didn’t have to give them one star! They deserve maybe half of one!

This review is the subjective opinion of a Tripadvisor member and not of TripAdvisor LLC.
30nunyab
Wisconsin
134
Reviewed March 23, 2019 via mobile
No Thank You

Old. This place has never been updated or renovated. It appears clean for the most part but it is visually unappealing. The hotel bar is pathetic. Imagine an independent fast food joint that happened to serve canned beer and wine coolers. The front desk Staff was helpful and friendly but their appearance was very unprofessional. No uniforms or name tags. No way to identify they even worked there except the fact that they were behind the desk. They wore jeans sweat shirts, t-shirts, baseball hat... etc. I can’t speak for the water park aspect.