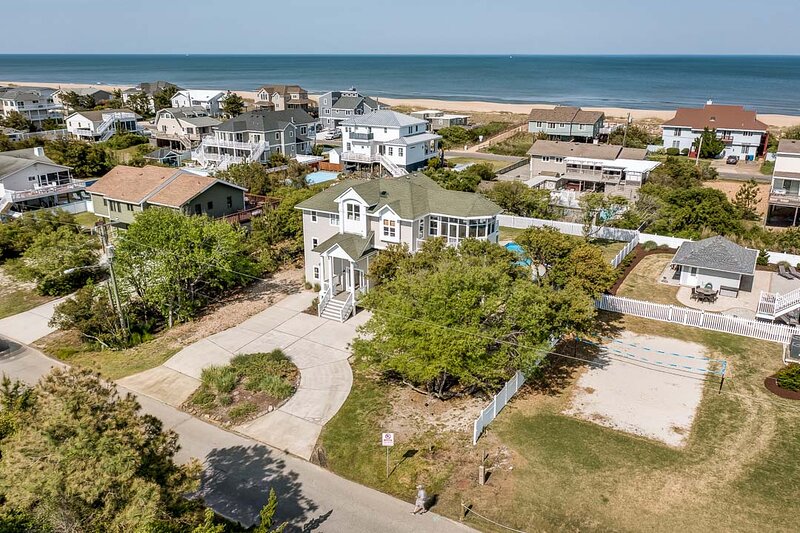 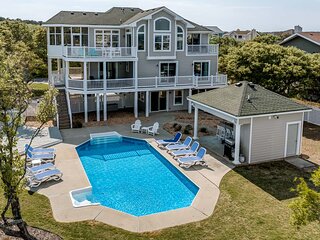 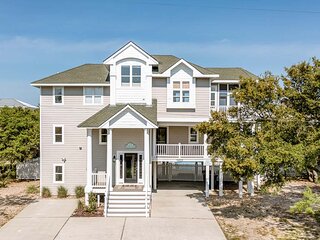 Terrible - based on 3 reviews
Write a Review

We had such high expectations for this house for our family vacation that is our Christmas present to our children and grandchildren. Needless to say, I was so terribly embarrassed that I rented a place with appalling and unsafe conditions that this house was afflicted with!!! The railings on the third floor were loose so my grandchildren could have fallen to their death while waving to other family members in the pool below. Screens were busted out. Carpet was filthy, washer overflowed from second floor to the first because the hose was not in the drain pipe properly. The outside pool bar was so filthy that my daughter had to spend a lot of time cleaning everything up before anyone wanted to go near it! The toilet at the pool was unflushable because it was clogged so we had to call to get a plumber there. A young man was powerwashing the deck when we arrived and he had the power set so high that the deck shredded and the shreds covered the pool water so we had to fish it all out with the skimmer before we could go in it.. Could not even speak to each other until he was done as the sound was so loud. Many doors to the deck could not be opened because the locks were busted off. The bed in the so-called master bedroom did not have a box spring so my husband and I kept rolling out of the bed during the night as it was only a double bed but advertised as a queen bed. Never got any sound sleep the entire week we were there. And to top it all off, on the middle deck in the back of the house there was a trash bag filled with garbage, not trash, and chicken bones were laying all over the deck. Over $5000 to stay in this house!!!!!!!!!!!!!!!!! And the listing Realtor is to blame as no one from the real estate office checked the property before the rental season to check on the condition as we were the first renters of the season. Turns out the construction workers that were dredging the beach sand back from the ocean to the beach were the people that stayed there right before us, so you can imagine the condition this house was in!!!!!!!!! The Realtor then offered the same house to us for 2014 at a discounted rate, but neglected to send me a lease and ended up renting it to someone else instead. Bad business.

Date of stay: June 2013
Liked best: Well equipped kitchen.
Liked least: Dirty rugs, sagging mattress, loose railings, broken doors
Traveling group: Extended Family
Your age range 50-64
Would you recommend this hotel to a friend?   No.
Was this review helpful? Yes
This review is the subjective opinion of a Tripadvisor member and not of TripAdvisor LLC.
Coastal View I is one of our most popular homes with guests asking to return for the same week each year. I'm sorry your week didn't go well, it looks like we took care of the issues quickly and completely. Sandbridge is such a beautiful area maybe we'll see you in the neighborhood again soon. Thank you for the feedback Loretta. We take customer service very seriously and make sure we address each and every item.

Kathy Davis, Rental Manager
This response is the subjective opinion of the management representative and not of TripAdvisor LLC.
Problem with this review? Thank you. We appreciate your input.

OH
Reviewed July 20, 2013 for a stay in June 2013
1
person found this review helpful
Date of stay: June 2013
Would I recommend this vacation rental to my best friend?
Was this review helpful? Yes
This review is the subjective opinion of an individual traveler and not of Tripadvisor LLC nor of its partners. Tripadvisor performs checks on reviews.
Thank you Linda for your feedback on one of our most popular rental properties, Coastal View I. We always appreciate the opportunity to hear from our guests, good or bad. We take customer service very serious and want to make sure we address each and every issue with all our visitors. I see we were at the house with one work order during your stay and each item was addressed that same day. If you would like to contact our office we can discuss specific issues and let the new owners know what suggestions you may have for improvements that have not already been made. I look forward to hearing from you.

Kathy Davis
Rental Manager
This response is the subjective opinion of the management representative and not of TripAdvisor LLC nor of its partners.
Problem with this review? Thank you. We appreciate your input.
Previous Next
1 2
Updating list...
Still can't find what you're looking for?

Looking for a place to stay in Virginia Beach?
View all 1,190 vacation rentals