Courtyard Virginia Beach Oceanfront/North 37th Street
Courtyard Virginia Beach Oceanfront/North 37th Street
3 people are viewing this hotel
Lock in the lowest price from these sites
$134
Reserve now, pay at stay
View deal
Expedia.com$134
Hotels.com$134
Priceline$134
CheapTickets$134
Travelocity$134
Trip.com$134
View all 18 deals
Prices are the average nightly price provided by our partners and may not include all taxes and fees. Taxes and fees that are shown are estimates only. Please see our partners for more details.
BubbaJean
North Carolina
515

The Courtyard gets my vote for best choice for families on Virginia Beach. Rooms are nice and clean, the location is great (close to everything but a few blocks away from the crowded noisy part of the strip) and the pool is a lot of fun. Plus the movie nights next to the pool were a great added touch.

See all 1,019 reviews
Nearby Hotels 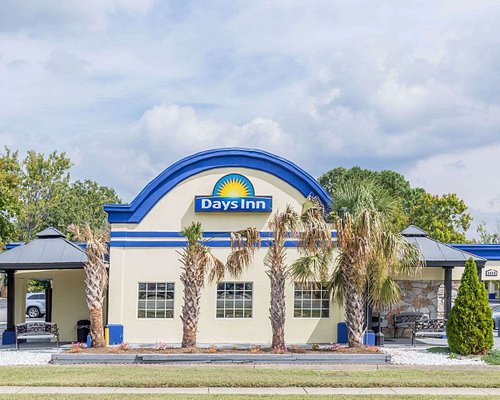 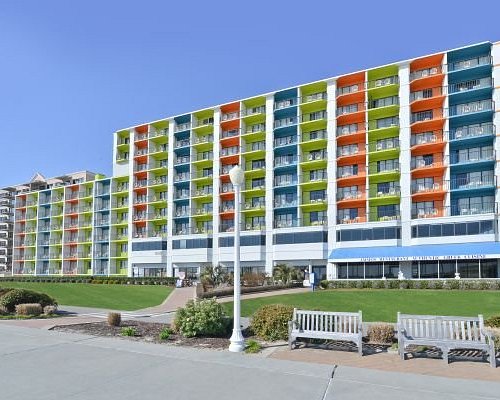 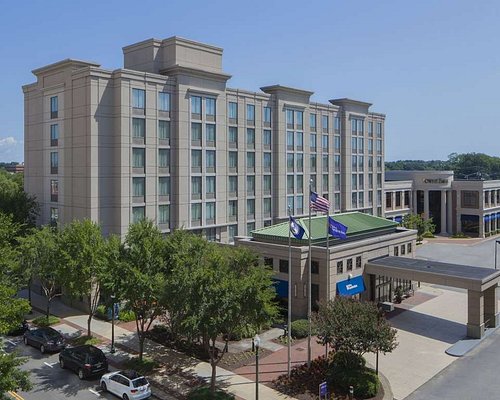 Overall, this was a nice hotel. The rooms were clean, quiet, and comfortable -- which to me is the most important aspects of a hotel. However, there are several areas that I found lacking.

Friendliness: With the exception of the front desk, I didn't find the staff very friendly, as other raters reported.

Outdoor Pool: After viewing the pictures on the hotel website, I was envisioning the hotel pool to be a nicer and bigger than it was. The pool is actually next to the parking lot and street -- not the tropical oasis that the pictures portrayed. It was also pretty crowded. It seemed that most people claimed their lounge chairs early in the day, even if they remained at the pool or not, and this made it hard for us to find a place to sit. Our family of four had to share a lounge chair each day. I don't know if this is always the case, but the week of our stay there were many kids throwing balls between the pool deck and the pool, which does not make for a relaxing time when you are constantly dodging balls and throwing them back at kids. The lifeguard didn't seem to care and did nothing to curtail the annoying horseplay. I don't mind kids having fun -- I have two little ones of my own -- but when they impinge on the rights of others to relax and the parents do nothing, the lifeguard should speak up.

Most disappointing of all with the pool was the temperature. Although the air temp as in the high 80s all week, the pool was uncomfortably cool. I never did more than dip my feet in, while my kids could only stay in for a short time before they complained of being too cold. The ocean was (surprisingly) a much more comfortable temperature.

Elevators: My other complaint about the hotel are the elevators. There are only two elevators (no service elevator) and they were constantly busy and very crowded. I would definitely recommend requesting a lower level so you can just take the stairs and not rely on the elevator all the time. We stayed on the 9th floor, and several times I was able to make it down faster than my husband and kids who took the elevator.

Location: As far as location, it's a pretty quiet area, which could be good or bad -- depends on what you like to do. Most of the nighttime action is south of 23rd Street. Every night there were concerts and street performers, which were a lot of fun and great entertainment. So we found ourselves spending more time on the other side of the beach, wishing that we had stayed closer to the action.

One tip about transportation: We found biking to be the best way to get around. There is a dedicated bike path that runs parallel to the boardwalk and is open 24/7 for bike use. There is also a trolley that runs up and down Atlantic Avenue, which is preferable to driving, since all of the street parking is metered and we were told that the meter maids are ruthless about ticketing.

This review is the subjective opinion of a Tripadvisor member and not of TripAdvisor LLC.
biscotti1201
phila
2213
Reviewed August 29, 2007
Great place but pricey for a Courtyard

At almost three bills per night, this was probably the most expensive Courtyard there is. However, the place did very well for the overall experience. The hotel was clean, room was in great shape, and the staff was very accomodating. The pool was a real hit with the kids, and the beach is close and exceptionally maintained.

The breakfast buffet was very good and at a good price for what you get, but there always seemed to be a lot of flys hovering about the breakfast tables.

Short answer is if you want a big room in a clean well kept ocean front hotel during peak times, you're gonna pay!

This review is the subjective opinion of a Tripadvisor member and not of TripAdvisor LLC.
caplady18
New York
22
Reviewed August 27, 2007
Great hotel in a Great location

This hotel was right on the beach away from the noise of the boardwalk, however all of the action was in walking distance. The beach was not crowded and had the aura of a private beach. The hotel was clean and the staff was super friendly and responsive. The balcony was pleasant and some rooms have balconies that are a bit larger. The pool was excellent! One of the most used, yet cleanest pools I have seen at a hotel.
Nice little bar and lunch shack at the pool.

The restaurant at this location is not recommended for dinner.

This review is the subjective opinion of a Tripadvisor member and not of TripAdvisor LLC.
rrgitarLI
Long island
24
Reviewed August 26, 2007
A very nice getaway

We made the long drive from NY and first stayed in Williamsburg. We checked out the historic sites as well as a really nice Water park. After this we proceeded to Virgiina Beach.
Getting there was easy and they have great valet parking so you don't need to worry about parking. The elevators at times were busy but not really a problem at all.
Our room was wonderful and you just can't beat waking up in the morning and seeing the dolphins jumping. We ate at the buffet at the hotel and it was very good.. For dinner I was very surprised at the lack of good seafood restaurants. One would think an oceanfront area they would have more locally caught quality fare but it just was not so. If any of these seafood places were in my hometown they would probably not last long. The pizza joints are very good especially if you have kids with you. Albeit most of the eateries look good but it is mosty window dreessing and the food is mediocore at best.
The pool and the beach are awesome and the service was great. You'll have to get used to the Jets flying overhead but the kids thought it was cool. The nightlife is great and you will have more then enough to keep you busy. Rent the bikes and check out the aquarium- it is a winner. They have good internet access and a nice bar area as well. This is a class hotel and you will really enjoy your stay.

This review is the subjective opinion of a Tripadvisor member and not of TripAdvisor LLC.
kawarthas1
Kawartha Lakes, Canada
61126
Reviewed August 5, 2007
Just OK

We had requested a high floor, 2 Queen suite, and were initially assigned to a low floor. Be aware if booking here, that only the centre suites have both living room AND bedroom ocean views and large balconies, as shown on the website. We initially were assigned to an end suite, which was long and narrow, and the bedroom overlooked the parking lot. We promptly asked for a room as depicted on the web site; were initially told no other rooms were available, then got switched when we were persistent. Our room on the 10th floor had a beautiful view, but the cleanliness of the room was definitly below standards. There was a half used bottle of shampoo on the edge of the tub, the rubber mat was down, and when i lifted the tub mat there was tons of sand under it. Obviously the bathroom had not been entirely cleaned. On the bedroom floor we found some change, a bobby pin, a pen lid and a couple of business cards from previous occupants. The ice cube trays had a dead insect in them. There was also mould on the bathroom grout, and on the bedroom ceiling. The room decor is tired, and the mattresses were very hard and uncomfortable. Not at all what I expected from a Courtyard Marriot. We let the front desk know, and we were told the GM would be in touch. We never heard from him, and after 3 days and several more inquiries, he finally spoke to us and told us he'd "see what he could do". His rebate of a wopping $50 off our 5 night stay costing over $1900 was an insult.
One of the two elevators was out of order most of the week, making for very long waits. Plus, there is no service elevator for staff, so you will be sharing the elevator with the garbage and linen trolleys.
The outdoor pool was gorgeous, and despite previous reviews complaining of it being cold, we found it quite pleasant and our kids spent hours in it. The beach was clean, not crowded, and riding family bikes up and down the boardwalk bike path is a blast.
We only ate at the hotel once, the breakfast buffet food was cold, and my eggs were not properly cooked. Pocahauntus Pancakes down the road was good, and Catch 31 at the Hilton was fabulous for dinner.

This review is the subjective opinion of a Tripadvisor member and not of TripAdvisor LLC.
View more reviews
PreviousNext
1…155156157…