Mike and Sue have created something special here - a rustic, quaint retreat set on hundreds of acres of farm land. This isn't the place if you are looking for fancy amenities like an HDTV or rainfall shower heads, but this is the place if you want to get away from it all, breath fresh air, be treated to a wonderful farm-sourced breakfast and have a great basecamp from which to hike, visit vineyards and dine at some world-class restaurants.
We arrived very late on a Friday night which was no problem for the hosts. Woke up to a delicious breakfast and then were treated to a wonderful massage arranged by Belle Meade. Were able to explore to farm to our hearts content (piglets-squee!) and then visit some nearby vineyards before we came back to get ready for dinner in our large, bright room.
We will definitely be back!More

Show less
Room tip: The White Oak room was very bright (windows on 3 sides) and had a great old wood-burning stove to keep warm when the evenings got chily.
See all 79 reviews
Nearby Hotels 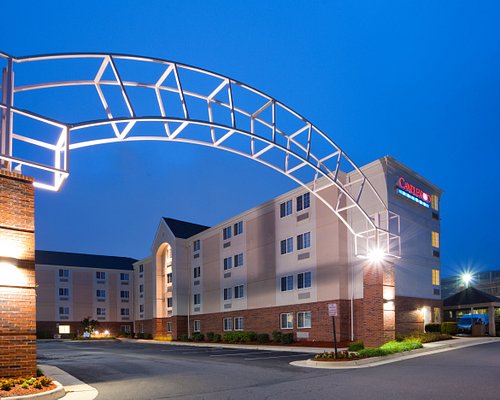 We had a wonderful weekend at Belle Meade. During the day we went to the national park for hiking and sightseeing, but did return one day early enough to enjoy the nice pool while the sun was still out. Breakfast was special with quiche, sausage, muffins one day and Belgian waffles (real maple syrup), bacon the next. All high quality and well prepared. Our room and bed were comfortable in the grand old house, with a modern private bathroom. Enjoyed walking around the active farm. Definitely will be staying there again.

This review is the subjective opinion of a TripAdvisor member and not of TripAdvisor LLC.
New L
Boca Raton, Florida
28165
Reviewed May 15, 2014
A mixed bag

We stayed here because we were attending the nearby Castleton Festival. We were not impressed.

1. The room had windows on two sides, so it was a beautiful place to wake up.
2. It was only a short drive to the Castleton festival.
3. It has some interesting historic buildings.
4. The diverse group of people at breakfast had interesting stories to tell.

1. We had told them exactly when we would arrive, but there was no one to greet us. We make allowances for B&B's, which tend to be understaffed. But, imagine driving for a very long time and then waiting another 20 minutes to get someone to check you in.
2. My wife frequently needs yogurt to take pills. So, we were promised in advance that they would provide it. They would have served us better if they had just said upfront they couldn't do it, because none was ever provided. Fortunately, my wife took her pills without problems, but we weren't happy with their broken promise.
3. Breakfast was very slow. You might not want to spend much of the morning waiting for very long periods between courses.
4. I find that ineptness is frequently accompanied by rudeness. When I started to load my car before departing, I was chased by an impudent woman who insisted that I pay before leaving. It was noteworthy that the same people who were invisible at check-in instantly appeared well before checkout. I told her that I needed to make several trips to my car and I had every intention of paying, and in any case they already had my credit card on file. She also had to ask me how many days I had stayed. I asked her why they hadn't produced the breakfast yogurt that I had been promised, and she said that they had different shifts and no one had told her about it. This place has serous communications problems.
5. Finally, it is not air conditioned. This wasn't much of a problem when we were there, but it could certainly affect some people, especially in July.

Conclusion: If they could get their management up to a level of at least mediocre, it might be worth staying here again. But for future Castleton festivals, we will stay elsewhere.

Sometimes we are outside with the animals when guests arrive. Sometimes the time guests arrive isn't precisely as they predicted. Funny about the yogurt. I realized after you left that we had the yogurt available but probably needed a gentle reminder that you were ready to take your pills and needed it then. We do hope you find accommodations to your liking in the future.

Report response as inappropriateThank you. We appreciate your input.
This response is the subjective opinion of the management representative and not of TripAdvisor LLC.
jennifer c
Silver Spring, Maryland
23
Reviewed March 17, 2014
Women's Hiking Retreat

This was our group's second time at Belle Meade. We rented the entire B&B for the weekend sharing an amazing time hiking in Shenandoah National Park to return to Belle Meade for a relaxing happy hour in the parlor. Both mornings we had a great breakfast with meat, eggs and greens grown from their farm. We even bought meat and eggs to take home with us to share with our families. We roamed the farm to visit the animals and see the new baby pigs. Mike and Susan made our stay very welcoming and peaceful to allow us to share relaxation, lots of laughter and community. Read more about our weekend at http://blog.hikingalong.com/2014/03/amplifying-community-among-women-in-the-outdoors.html

This review is the subjective opinion of a TripAdvisor member and not of TripAdvisor LLC.
Sarah P
Washington DC, District of Columbia
1
Reviewed February 2, 2014
Wonderful Winter Writing Retreat

It was a miserable Washington January: we were three writers wrung out on the holidays and in search of a"get-out-of -town" environment to hunker down, put pen to paper and work off the winter blahs. Thanks to Susan and Mike it was all that and more. Mike had a pot-bellied stove warming the parlor when we arrived, and we spent a full afternoon and evening focused and getting our collective groove back. Mike put the kettle on so we had hot cups of tea to keep us fortified. I resurrected a play I thought was dead, one friend completed a short story she had been stuck on for months and the other organized a poem cycle. By dinner time we had worked up a genuine appetite and were ready for the Thornton River Grille. We tested every dessert on the menu; a three spoon adventure;(which someone told me means fewer calories!) the bread pudding was to die for. The next day we had a Susan breakfast special with frittata and scones, and we then got in a little more writing time in until it was warm enough to take a tour of the property and absorb the blue/beige vistas of Old Rag in the winter. In the afternoon we shared work and were as delighted with one another's offerings as we had been with out own. It was magic. Everything! Belle Meade is a jewel, a midwinter tonic for the creative soul.

This review is the subjective opinion of a TripAdvisor member and not of TripAdvisor LLC.
T Y
Washington DC, District of Columbia
21
Reviewed December 22, 2013
Excellent Country B&B

Belle Meade is a beautiful property nestled near Shenandoah National Park, pleasantly situated in the country. The guest quarters are well-maintained, clean, quiet, and comfortable. The owners, Susan and Mike, are exceptionally hospitable and helpful. Susan was proactive about asking us if we'd like reservations for popular restaurants, any allergies or personal preferences we might have, and any activities that we might be interested in in the area. The hot tub was a highlight for us, along with the thoughtful touches like matching his-and-her towels and bathrobs, comfortable chairs on the patio to take in the view of the mountains, and (given our Dec visit) the gorgeous holiday decor throughout the main Victorian house. We enjoyed the peaceful location, Sharp Rock Winery and Thornton River Grill nearby, and friendly conversation with the owners. We highly recommend this property and plan on coming back again.

Room tip: All of the rooms here are beautiful; they allow dogs in their small cottage just to the side of the main house. The pool is huge and the hot tub is great. Breakfast was spectacular. One of the best breakfasts we have ever had, made with vegetables grown on the farm property.
Ask T Y about Belle Meade Bed and Breakfast
Thank T Y

This review is the subjective opinion of a TripAdvisor member and not of TripAdvisor LLC.
View more reviews
PreviousNext
1…8910…14