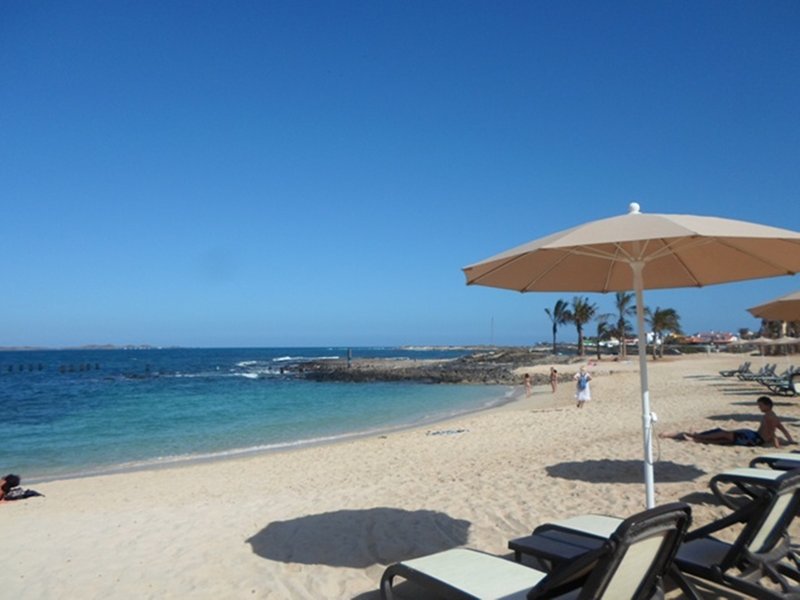 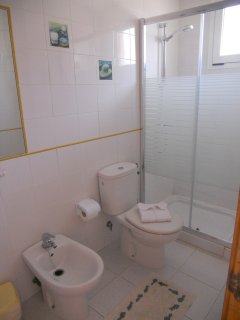 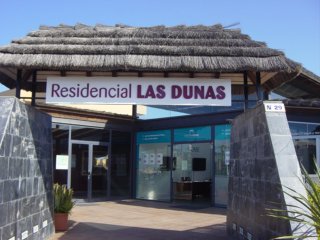 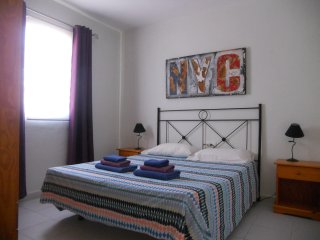 Average - based on 5 reviews
Write a Review

We booked via trip advisor which was fine no problems, we had to phone a number when we arrived for them to meet us to show us the apartment. A lady arrived within less then ten minutes.

The ramp in the main complex near the pool is the best one to use, but when we got to the apartment there was lots of steps which was hard work with a pram, 2 suitcases, two smaller cases and our child. There was no mention of all the steps that was not just straight up and down there was three turnings on the steps up to the the main apartment steps. We would have appreciated knowing that before booking, I am not fully able bodied and with the Pram every day it was hard work but we did it.

The apartment is nice and clean, lacked an oven but wasn't a big deal. The travel cot provided had a fantastic matteres, the bed was actually a double bed not twins pushed together which was a huge bonus when our little one wanted to sleep in our bed. There was ample cutlery and towels.

There was ants in the bedroom getting in by the window and it varied each day on how many was there. A pain when you have to keep faffing with them each day but worth doing if you don't want them everywhere. Don't leave nothing on the floor food or spills or there will be tons of ants all over it.

We messaged the email address on the side that we was told to do if we needed anything. We got no reply for a week from it. We asked for new bedding for the cot as a spare was not provided. New bedding for the main bed was and we washed the towels ourselves. We didn't want to wash the cot sheet in case it wasn't dry in time same with the cover on the sofa which we also asked for.

The washing machine broke the second week on the Saturday and we was leaving on the Tuesday. We tried ringing the emergency number but with no answer and a message to say text only. So after texting it to tell them the washing machine was broke, it smelt of burning, there was smoke and clothes stuck in the machine, we was told that someone would be round asap. The gentleman who arrived after about two hours give or take was lovely. He took one look at it (I managed to get the clothes out once it cooled down) and told me it was no good. He did say there wouldn't be time to get a new machine which we expected and he said he would talk to the owners and ask them if there was another apartments machine we could use with having a little one and if not we could use his machine If his wife was ok with that. Well we got a text Saying to go to a laundrette to do our clothes, get a ticket for the cost and they would refund us on the day we leave. Really?? This was not a very good solution as it was a trek to the nearest laundette and my little one goes through some clothes as do we, we didn't drive over there and it would mean taking time out of our holiday to do something that wasn't what we planned for. We didn't take tons of clothes with having a machine in the apartment and didn't want to only take a few things to get cleaned but would have run out to make the trip worth while. So I sent a message saying it wasn't what I was going to do and would have to hand wash (no reply). The gentleman who came to look at the machine came back up and tapped ever so lightly on the door as he must have noticed the curtains closed as I was getting little one ready for bed I appreciated that a lot. He offered us to use his machine anytime! Thank you so much if you read this!! You was a very helpful and polite man and for helping us when I locked my keys in the suitcase!!! Only me!

The sofa bed is a little tricky to open out (we ain't done one before) but was comfy, we managed to lay it out as it was easier for my little ones sometimes to fall a sleep there with the windows open and the noise of outside and tv.

The Samsung tv has a USB port so you can load a stick up with shows or take a hard drive with you to have lots of choice to watch thing, just time consuming to sort through your DVD collection on which to have on the device. You can change the setting on most channels so it will be in English.

There is another ramp at the back of the complex which was like a rollercoaster with the pram, my little one loved it haha.

The key for the main door wouldn't work at all for the whole stay but worked on every one of the gates. Sometimes we was lucky and the door had been left open or someone else was coming or going and we could get in so saved carrying the pram down more steps or doing the ramp'o'coaster hahaha.

It is a tad out of the way but it is a lovely walk. It is about another 5-10 mins walk down from the flintstones bar and not far from the bus station which is across the road from the bar.

The pool was cold but to be expected but it is a wonderful size and a fair few sun beds, not a lot of shade though depending on the time of day. There was women laying there topless which I don't normally mind but they really should not do that near the baby part of the pool.

We had a problem with noise from the near by hotel. Hotel arena, we didn't know we was on the back of the complex and we did know that hotel arena was near the complex but it was such a quiet hotel normally, NOT ANYMORE! Through the first half of week it wasn't to bad and then on the Saturday it was booming so loud it woke my child who was petrified. I called the hotel as it was bouncing around the room, i don't begrudge people having a good time but not all of us what that from a holiday and I should hear it in my apartment from across the road. As soon as I spoke the lady knew why I had called, took another call an hour later to which it was then turned down. It was the first and last time it woke my child like that but it was still booming just not as bad I guess. Although I could hear the guy butcher every song each night and hear him doing a bad Tarzan impression and this was in the front room as well as the back room.

Over all it was somewhere to lay our heads, a base to play and easy to keep clean but a villa is needed from now on so there Is not as many steps and I can't hear others underneath or across the road.

Date of stay: February 2017
Was this review helpful? Yes
This review is the subjective opinion of a TripAdvisor member and not of TripAdvisor LLC.
Good morning,
thanks for taking so long to comment on your stay in our apartment.
I disagree, however, on a few important things: 1 was well reported that the apartment was on the first floor and then with stairs to do. On the photos you see of the complex it is large. 2nd washing machine broke and we immediately ordered a new and we also offer you to pay for the laundry: we are not responsible for when they deliver and even if you have not rented a car. 3rd We have not received any communication: no sms to our emergency number, not by phone, for the demands of changing linen baby cot, even for ants (we are on a "rural" island) so we could not know about your problems.
As for the delivery of the apartment and our presence with customers we are always available ... and all customers have always been very satisfied.
I am very sorry you did not find your holiday well ... but we do not agree with your comments. Best regards Dario
This response is the subjective opinion of the management representative and not of TripAdvisor LLC.
Problem with this review? Thank you. We appreciate your input.

Date of stay: December 2019
Would you recommend this hotel to a friend?   Yes.
Was this review helpful? Yes
This review is the subjective opinion of a TripAdvisor member and not of TripAdvisor LLC.
Problem with this review? Thank you. We appreciate your input.

Looking for a place to stay in Corralejo?
View all 601 vacation rentals