$42
View deal
Free cancellation until 12/10/21
Reserve now, pay at stay
Hotels.com$77
Agoda.com$42
Travelocity$77
View all 14 deals
Prices are the average nightly price provided by our partners and may not include all taxes and fees. Taxes and fees that are shown are estimates only. Please see our partners for more details.
Anadil K
Karachi, Pakistan
2422

Chang Buri resort and spa is a beautiful and very comfortable hotel located at a very convenient location . Hotel surroundings and the setting is beautiful and relaxing . One side is the green jungle other side has the ocean. Has ample sitting areas where one can easily sit for hours and just relax. Has many options within the hotel premises. Right next is 7/11 and many restaurants and small shops for small shoppings. Many tour agencies are also located within the walking distance. What more can one ask for. Breakfast menu is good. Rooms are nice , clean, comfortable beds and spacious bathrooms. Staff is friendly and helpful. We stayed there before also and will go again.More

Show less
Room tip: Every room has an advantage or a view. We stayed at Hillside room therefore we had a good view of the pool and jungle...... other side of the hotel had ocean view and infinity pool view.
See all 269 reviews
Nearby Hotels 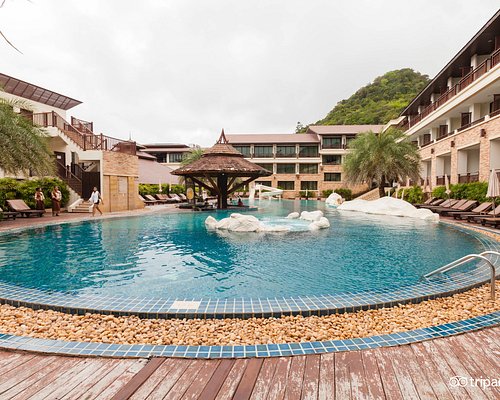 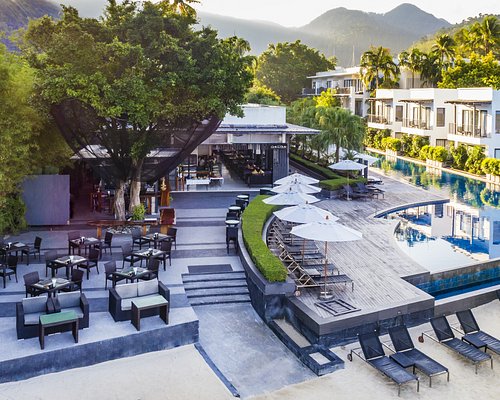 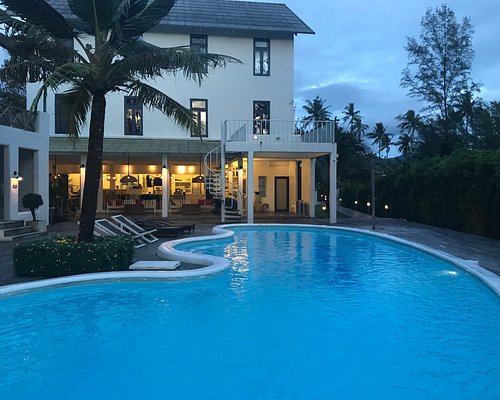 Beach side is tops but our budget unit on the opposite side of the road lets us use all facilities. Our unit at 1200 baht with a buffet breakfast only matched by Centara in Chiangmais far superior to anything we found in Pattaya at a similar price. A georgeous hotel in a georgeous location. Greal off season holiday!!!!

This review is the subjective opinion of a Tripadvisor member and not of TripAdvisor LLC.
mtnhiguy
Aspen, Colorado
11090
Reviewed May 2, 2012
Well located

I read some questionable reviews before booked, but gave it a go none the less. Couldn't have been more pleased. I stayed on the hillside and was very pleased. Everything I needed was right outside the front entrance. (travel agents, motorbike rentals, 7-11 and a fabulous little Thai restaurant just the left. Although everyone on the staff was great, the star players were the bellmen and the housekeeper who went out of her way to decorate my room with flowers and sculpted towels every day.

This review is the subjective opinion of a Tripadvisor member and not of TripAdvisor LLC.
William Thomas R
Montreal
32
Reviewed April 21, 2012
Nice place but low service

Good and comfortable accomodation but staff & quality service needs to be improved. Be aware of the numerous night bars nearby so get prepared to properly answers your kids about the girls working around!

This review is the subjective opinion of a Tripadvisor member and not of TripAdvisor LLC.
VintageTQ
Doncaster, United Kingdom
65
Reviewed March 16, 2012
Shame on you Chang Buri !!!!!!!

I booked a deluexe seaview room at chang buri for myself and new wife for our honeymoon.

Shortly after booking i also emailed them asking if they could do anything special as a surprise for my wife on our honeymoon such as flowers.

When we arrived we were shown to a room with 2 single beds, no surprise, no flowers, nothing.
When i looked at the member of staff in horror and said this was our honeymoon he was a bit shocked. He phoned reception but then told us there were no double rooms until the next day.
I told him in no uncertain terms there was no way i was staying in a room with 2 single beds (which couldnt even be pushed together) on the first night of our honeymoon.
Eventually a manager came and he said there was nothing they could do, all the double rooms were taken. So i said that as it was their mistake i should be upgraded. He said if i wanted to be upgraded i would have to pay the new room rate, again i said no way, it was their error, so he offered it to me at 1000 baht a night extra, again i refused, eventually after about an hour of arguing he offered it to me for 500 baht per night extra, so i reluctantly agreed just because i didnt want to argue anymore.

The room we were then shown to was beautiful but had no seaview (dont be fooled by seaview rooms, 80% dont have it unless you count glimses of water through trees as a seaview) so we had to move again. Finally, the last room was very nice with a nice seaview.

Chang buri however let us down badly, they clearly do not care about their guests and whether you enjoy your stay or not, they care about money only. The whole place is also lacking any character and almost feels like a big office block, the pool area however is perfect.

The top floor where our room was situated was empty so they could quite easily have offered us the upgrade no hassle, apologised for their error, wished us a happy stay but they chose not to and it left a real sour taste in my mouth.

This review is the subjective opinion of a Tripadvisor member and not of TripAdvisor LLC.
Fly_by_night52
Stockholm
166
Reviewed February 14, 2012
First class resort

Me and the lady spent a week at Chang Buri. It was a great week, really great. We stayed in a villa with seaside view (#407) which had both seaside view AND pool view. Next time I think I will opt for one of the suites since they have their own "beach area".

The villa was super, as said before. Clean, modern and good standard of everything. The only downside was that the water in the mini pool was COLD. But the sea was warm so I guess it evens out.

Food: The lady is Thai and is often critical of Thai cooking. But she rated the food at Chang Buri as being VERY good, and I must agree. It was good and very good value for money.

Service: Everybody was pleased to help so there are no complaints about that.

My only "complaint" would be about internet. I think a hotel of this class should have a connection in every room, and not only a wifi in the lobby area - a wifi which also proved to be very slow. So please Chang Buri, get the rooms connected. You have a good phone system so the investment can't be that hard to overcome.

Others have mentioned that there is no "real" beach, so I will leave that out. I'm quite happy NOT getting sand inside everything.

I never tried the Spa, but the lady did and said it was great. Like Bonk (see below) she fell asleep. I guess that means it's good.

Thanks to all at CBR&S who made our stay a memorable one. Hope to see you soon again. And another thanks to Mrmeade (see below) for advise.