“That's all we needed”
dnFSXzhfanJ6
other travelers have booked this property 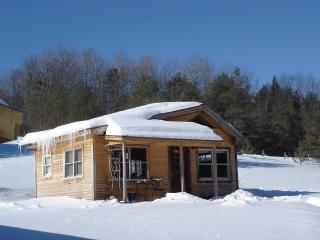 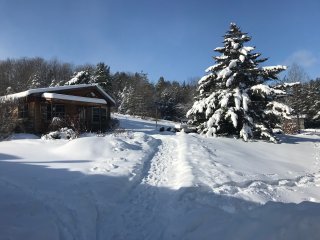 Excellent - based on 21 reviews
Write a Review

1 helpful vote
“That's all we needed”
Reviewed February 11, 2014 for a stay in February 2014
1
person found this review helpful

we have been there a week on a ski trip. Wake up early with the sunrise right in our bed, ski all day long, came back tired for a nice quit diner with the fireplace and no ones around. get back in bed without knowing the time as if you could forget it ......... and start again the day after.

we had everything that we needed, bed, kitchenette and shower. it was clean, cozy, well located in the middle of a bunch of resorts and again...tranquility !!!! hosts were there but not ''too'' there, just if you need, no more.

would go again for ther same reason and expect the same week.

Date of stay: February 2014
Traveling group: Spouse/Partner
Would you recommend this hotel to a friend?   Yes.
Was this review helpful? Yes
This review is the subjective opinion of a TripAdvisor member and not of TripAdvisor LLC.
Problem with this review? Thank you. We appreciate your input.

After a long trip from Maine, what a relief to reach the inviting and cosy peace of this cottage. These Aussie travelers found a haven surrounded by wildlife and an ideal base from which to explore the Vermont countryside while admiring the beautiful fall foliage. Our gracious hosts Pamela and Kevin were most welcoming and helpful. Cottage amenities were great and we LOVED the shower. Our four nights stay was an unforgettable experience.

Date of stay: October 2013
Liked best: The location
Liked least: Having to leave
Traveling group: Spouse/Partner
Would you recommend this hotel to a friend?   Yes.
Recommended for:
Was this review helpful? Yes
This review is the subjective opinion of a TripAdvisor member and not of TripAdvisor LLC.
Problem with this review? Thank you. We appreciate your input.

My husband and I enjoyed a wonderful long weekend in this cottage. The grounds are beautiful, the hammock is perfect for naps, and the pond was a refreshing place to swim. We were even able to enjoy some veggies from the garden, and had romantic dinners on the front porch of the cottage every night. We definitely would like to come back!
Also, if you can get an acupuncture session from Pamela, I highly recommend it. Very relaxing!

Date of stay: July 2012
Liked best: The pond!
Traveling group: Spouse/Partner
Would you recommend this hotel to a friend?   Yes.
Recommended for:
Was this review helpful? Yes
This review is the subjective opinion of a TripAdvisor member and not of TripAdvisor LLC.
Problem with this review? Thank you. We appreciate your input.

Martha's Vineyard
Reviewed June 28, 2012 for a stay in June 2012
2
people found this review helpful
Date of stay: June 2012
Would I recommend this vacation rental to my best friend?
Was this review helpful? Yes
This review is the subjective opinion of an individual traveler and not of TripAdvisor LLC nor of its partners.
Problem with this review? Thank you. We appreciate your input.

We stayed in the cabin for a family event during Easter weekend. The cottage is very cozy, well-equipped and private. It is on the same property as the owners' home, but is separated by a garage/outbuilding so it feels very private. The home was very clean and the owners were very gracious. We were greeted and shown around by the owners when we arrived. There is a lot of land around the cottage to explore including a stream, a forest, and gardens. My older son (5) enjoyed playing games in the loft, and watching movies on the DVD player, and we had a nice time spending quality time together as a family. The loft looks over the living/kitchen area, and can also see into the bedroom which does not have a door so there is no real privacy between rooms.

We had a couple issues during our stay: the home is heated by a gas fired stove which is very romantic but dangerous for toddlers, so we were constantly guarding our youngest from touching the hot stove. The other issue was the water in the shower did not get hot, it only got warm but would keep switching to cold and warm again. I was not satisfied with how the owners handled it (the water felt warm on his arm so it is fine, it just doesn't get hot), as it was a particularly cold April weekend and the gas stove is not close to the bathroom. I recognize that rentals come with certain draw-backs, such as not having immediate repairs, but shivering in the shower in no fun.

There was one other minor issue, there is a slight rise in the floor between the bedroom and the rest of the cabin, which you have to cross through to access the bathroom. My entire family tripped over this every time until about the third day when we finally became accustomed to it. My toddler especially took a few hard spills.

I would say the cottage is ideal for couples or a single person seeking a retreat and the owners were generally very responsive which is why I would recommend it to others. I wouldn't recommend it for families with small children, or families looking for privacy within the home.

Date of stay: April 2011
Traveling group: Family with Young Children
Your age range 35-49
Would you recommend this hotel to a friend?   Yes.
Recommended for:
Was this review helpful? Yes
This review is the subjective opinion of a TripAdvisor member and not of TripAdvisor LLC.
Hello, This is the first I have ever read our reviews and I wanted to clarify about the shower. The shower is an on-demand shower; very green and energy efficient. Because of this the shower cannot be used when the water at the kitchen sink is being used or there will not be either enough hot water nor enough pressure. Secondly, in June we had the water heater replaced by the manufacturer, Bosch, and now the shower works better than ever with hot enough water! Over the years, we have had several families with toddlers stay and this is the first time I have heard of
a problem with the slight elevation btw floors!! The cabin was custom designed as an open floor plan with lots of overhead space and design detail which is fabulous to look at. This type of design does not allow for closed off bedrooms but there is a door on the bathroom!
This response is the subjective opinion of the management representative and not of TripAdvisor LLC.
Problem with this review? Thank you. We appreciate your input.

Massachusetts
Reviewed April 23, 2010 for a stay in March 2010
1
person found this review helpful
Date of stay: March 2010
Liked best: Peaceful beauty
Liked least: Really nothing
Traveling group: Friends
Your age range 55-64
Would I recommend this vacation rental to my best friend?
Recommended for:
Was this review helpful? Yes
This review is the subjective opinion of an individual traveler and not of TripAdvisor LLC nor of its partners.
Problem with this review? Thank you. We appreciate your input.
Previous Next
1 2 3 4
Updating list...
Do you own a vacation rental? List it here.

Looking for a place to stay in Moretown?
View all 10 vacation rentals