$67
$55
Free cancellation until 04/22/21
View deal
Expedia.com$55
Priceline$55
Booking.com$55
eDreams$55
StayForLong$67
FindHotel$56
View all 16 deals
Prices are the average nightly price provided by our partners and may not include all taxes and fees. Taxes and fees that are shown are estimates only. Please see our partners for more details.
Bluenose5
London
88

A bit difficult to get to if you are coming from town. Best to drive through Getafe rather than come on the autoroute as you will pass the hotel on the east side as you drive south.Staff helpful, internet slow. Good value at €50 per night.

Review collected in partnership with Accorhotels.com
This business uses tools provided by Tripadvisor (or one of its official Review Collection Partners) to encourage and collect guest reviews, including this one.
See all 486 reviews
Nearby Hotels 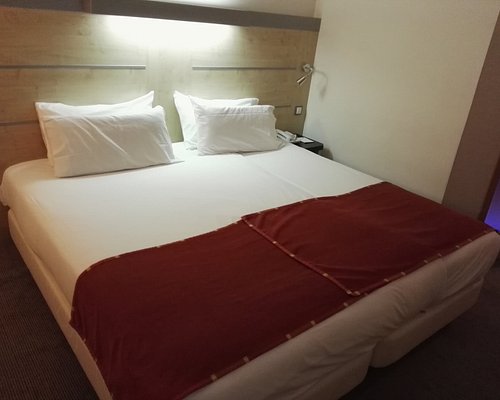 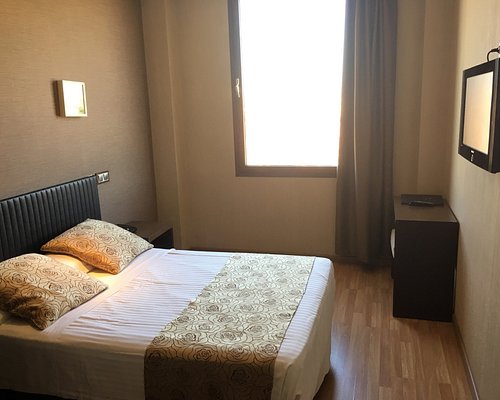 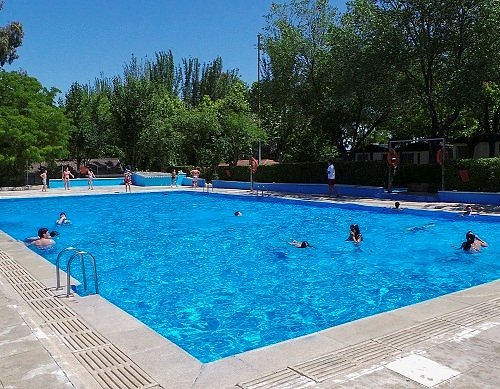 Good value and easy access to city center via metro or train station. Helpful staff for finding our way to city center for our night at the clubs. The train station was exceptionally clean and easy hop into center of city at Sol or Atoche stations from Getafe. The bed was very comfortable. Great shower with excellent water pressure and temperature control. The room a little musty from closed windows and air-conditioning brought in the smell of cigarette smoke. Fortunately autumn and so an open window could clear the room. Ibis hotels often well located and inexpensive as is this one but I’d skip the breakfast and find a local café for much better Spanish fare.

This review is the subjective opinion of a TripAdvisor member and not of TripAdvisor LLC.
840clivec
Chipping Ongar, United Kingdom
7343
Reviewed November 6, 2013
Review collected in partnership with Accorhotels.com
This business uses tools provided by Tripadvisor (or one of its official Review Collection Partners) to encourage and collect guest reviews, including this one.
Ask 840clivec about Ibis Madrid Getafe
This review is the subjective opinion of an individual traveler and not of TripAdvisor LLC nor of its partners.
JaneFarnsfieldnotts
Farnsfield notts
4025
Reviewed October 22, 2013
Ibis Getafe

Stayed for 4 nights here in September. Fantastic beds and pillows. Rooms quite small but all we needed. Super powers shower and all very clean. As in many European hotels we missed the tea making facilities. Break fast was extra but well worth it. Staff very helpful as we had our 2year old grandson with us. Will certainly stay there again when visiting relatives nearby.

This review is the subjective opinion of a TripAdvisor member and not of TripAdvisor LLC.
solobikeruk
Billericay, United Kingdom
81
Reviewed September 21, 2013
Surprisingly good

Considering its on a very busy road there is no noise. The rooms are what you would expect for a budget hotel. The whole place is clean and tidy. For 9€ the breakfast is limited and not great value.
Plenty of free parking.
Who I stay again? Yes

This review is the subjective opinion of a TripAdvisor member and not of TripAdvisor LLC.
Alan B
Mijas, Spain
111138
Reviewed January 11, 2013
Very impressive - twice in a fortnight

We stayed here for one night in December (first time in an Ibis), en route from southern Spain to England by car and this was our first night in an Ibis hotel. We stayed again a fortnight later on the way back. The standard of this hotel is well beyond budget range. From the moment we arrived all the staff were very welcoming, helpful  and efficient. We were then directed to the secure underground parking (optional), charged 5 €.
Both rooms were relatively spacious, modern, clean and slightly art deco in style and were very comfortable as were the gorgeous beds. The bathrooms were well lit and had lashings of hot water. The only niggle here were the hair dryers which are those ' hold the button down' jobs which is a nightmare if you have long hair. Maybe they had a normal one on request at reception but I'd brought my own in anticipation. There was free WiFi all over the hotel and we were extremely impressed that when we couldn't get it to work, they connected us to a free support desk - in English - and we got it working.
Room temperature on arrival was cold but was easily and quickly adjusted and was plenty warm enough. Our pet chihuahua was welcomed as well which we were extremely grateful for.
We ate in the restaurant in the evening which admittedly wasn't busy but it nevertheless had a comfortable and relaxed atmosphere with very pleasant waiting staff. The menu is not extensive but there was enough range to find something that suited.  The goats cheese, spinach and walnut salad was fresh, excellent and a good size, always good to have a healthy option, however the monkfish was a bit bland. The seafood platter starter was enough for a main course and was beautifully cooked. For information for other guests, we spent forty minutes walking around the area just to compare alternative places to eat but found only bar/cafes. The buffet breakfast the next morning was delightful with a very wide choice.
This was our first time in an Ibis but if they are all as good as Getafe, Ibis will be our first choice whenever we're travelling. Post note at the end of our trip having stayed at 5 different Ibis hotels in two countries, Ibis Getafis was by far the best.
Overall an extremely civilised experience.
We downgraded the 'location' slightly as not only it was not easy to find on our first visit, upon our return a fortnight later, we struggled badly as Getafe is not signposted off the M40. Moreover we had difficulty finding the way out to Granada the next morning, again not signposted.

Ask Alan B about Ibis Madrid Getafe
1  Thank Alan B

This review is the subjective opinion of a TripAdvisor member and not of TripAdvisor LLC.
View more reviews
PreviousNext
1…789…81