Townsend
Search for "{0}"
Post
Trips
Tip: All of your saved places can be found here in My Trips.
Inbox
Log in to get trip updates and message other travelers.
ProfileJoin
Search

“The best cabin around”
QzYxXzZfYmNH
other travelers have booked this property 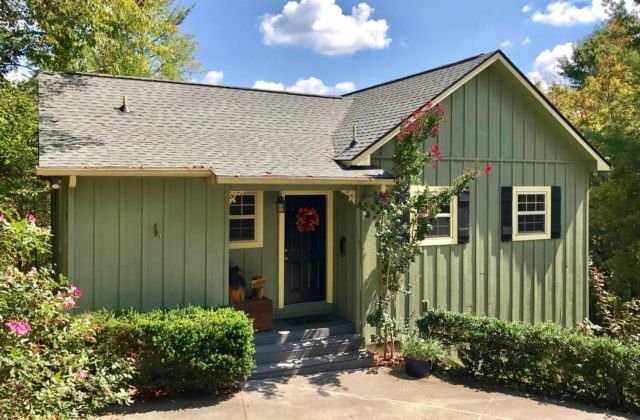 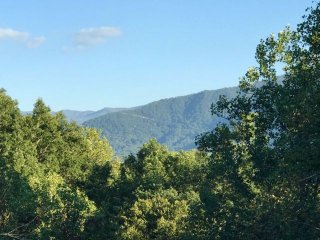 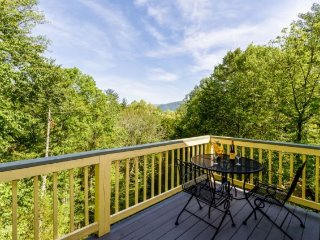 When we booked with TripAdvisor, we booked Bear Hill at Dogwood Cabins in Townsend, TN. The day before we left to go on vacation, I called the office at Dogwood Cabins to see about a key because we would be arriving after midnight. I was told that they didn’t have my reservation. I had a TripAdvisor Confirmation code, but that didn’t make any difference. I even had a response from the owner when I sent him a message after we had booked.They had rented it to someone else. They did put us in a 4 bedroom cabin called Beeks Peak. Thank goodness we went in our 4WD truck or we would not have been able to get up the driveway to the cabin, especially since it was raining. I assume we would have had to rent a hotel room if we couldn’t get up the hill. This is something that needs to be mentioned beforehand. The water in the cabin was awful!! It was a gold color. Evidently it has always been that way because the inside of the toilets were stained that color. Also, the jets in the whirlpool tub were also this color and dirty. Obviously we couldn’t use it. The downstairs smelled damp and musty. It was in the 40’s at night and we never found the thermostat to turn the central heat on.

I would not rent this cabin again. The cabin itself was comfortable, but just needs some changes.

Date of stay: October 2018
Was this review helpful? Yes
This review is the subjective opinion of a TripAdvisor member and not of TripAdvisor LLC.
Problem with this review? Thank you. We appreciate your input.

I just wanted to say that I fell in love with this cabin the very first minute I stepped foot into it. The view from the back porch is great and at night you feel like you are sitting in the middle of the stars. With all the great decore one can really tell the person put great effort into making you feel like you are home. And downstairs, wow, it's a whole other story. Love, love everything about it! We will definitely be back! ❤️❤️❤️

Date of stay: July 2018
Was this review helpful? Yes
This review is the subjective opinion of a TripAdvisor member and not of TripAdvisor LLC.
Problem with this review? Thank you. We appreciate your input.

We stayed here for our Anniversary and we will definitely be back! From the amazing view of the porch, to the spacious living quarters, this was the perfect getaway! It’s in a quiet community, with quick access to Townsend, Great Smoky Mountains Park, and Cade’s Cove. I believe the best kept secret about the location is the Wild Laurel Golf Club located inside Laurel Valley Resort. Such an unforgettable trip, we would highly recommend, and most certainly be back!

Date of stay: May 2018
Was this review helpful? Yes
This review is the subjective opinion of a TripAdvisor member and not of TripAdvisor LLC.
Problem with this review? Thank you. We appreciate your input.
Previous Next
1 2
Do you own a vacation rental? List it here.

Looking for a place to stay in Townsend?
View all 152 vacation rentals

© 2020 TripAdvisor LLC All rights reserved.
Terms of Use | Privacy Policy | Site Map | How the site works
* TripAdvisor LLC is not a booking agent and does not charge any service fees to users of our site... (more)
TripAdvisor LLC is not responsible for content on external web sites. Taxes, fees not included for deals content.
EXPLORE
About UsHelp Center
CURRENCY/REGION
$USD
United States