Vacation Lodge
Vacation Lodge
6 people are viewing this hotel
Lock in the lowest price from these sites
$90
Free cancellation until 10/01/21
View deal
Expedia.com$90
Agoda.com$90
Priceline$90
FindHotel$90
Hotels.com$90
CheapTickets$90
View all 17 deals
Prices are the average nightly price provided by our partners and may not include all taxes and fees. Taxes and fees that are shown are estimates only. Please see our partners for more details.
BJ--TN
Newport, TN
12

My wife and I have stayed here the last weekend in October since 2004. The Vacation Lodge has always been clean and the staff has bent over backwards to accomodate our needs. We like the fact that they are not owned by one of the big chains. I recommend the Vacation Lodge to anyone that is going to be in the Pigeon Forge Area. Clean, Reasonable Rates, Centrally Located, Friendly and Efficient Staff are just a few reasons to stay at this Motel.

See all 1,003 reviews
Nearby Hotels 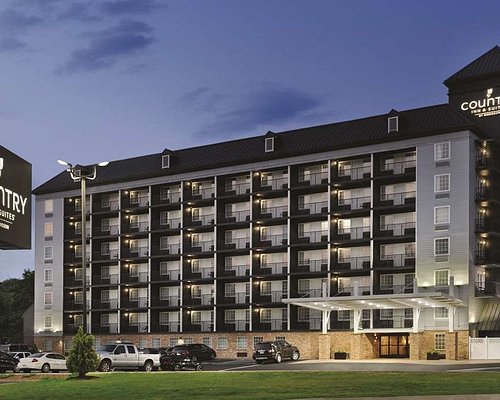 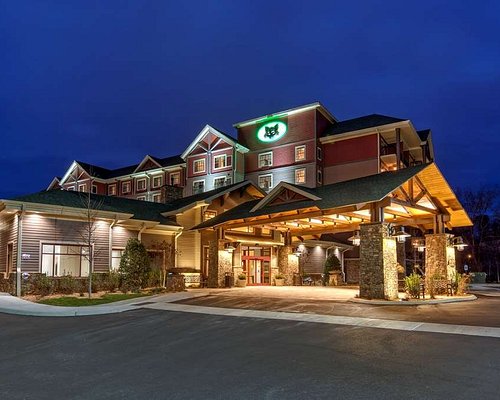 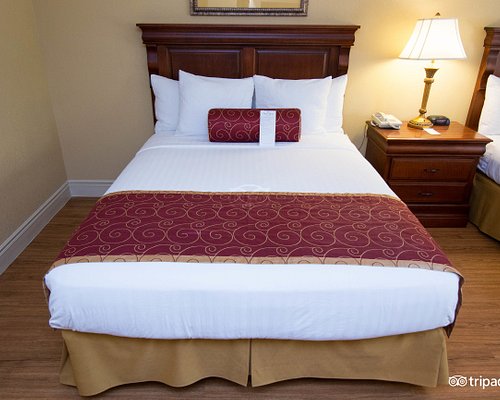 We booked a King Size Suite on Travelocity. We was unsure of the hotel since I have never heard of the name. What a nice suprise. We was greeted by a very nice front desk staff. We were given a Key, not a swipe card, but a key... Dont know why, but this made me feel alittle safer then the typical card of other places. The room was very clean. We would stay here again. The Jacuzzi was great, the bathroom was huge and the bed was comfortable. All in All we would say it was a great stay and very well worth the price.

This review is the subjective opinion of a Tripadvisor member and not of TripAdvisor LLC.
Travelin_Rev
Halifax, VA
15
Reviewed November 19, 2006
Fantastic Place to Stay in Pigeon Forge

Very friendly, cooperative staff. Everyone from the front desk to the maintanance and house keeping personnel were very friendly. Upon arrival, I found that hotels.com did not request a handicapped equipped room for me, so I was assigned a 3rd floor room. The staff immediately changed my assigned room to a ground floor room with no hesitation. The room was super clean and comfortable. Just a great place to stay. Having stayed in many hotels and motels around the nation, this is one of the best non-chain, privately owned places that I have stayed in. In fact, it was better than most of the big- name chain hotels that I have stayed in. Highly recommend!!

This review is the subjective opinion of a Tripadvisor member and not of TripAdvisor LLC.
Don_in_Chattanooga
Tennessee
44
Reviewed October 25, 2006
Clean room, friendly staff BUT if noise keeps your awake, beware.

This is an older motel that has a very friendly staff, however both my wife and I could not sleep well due to the traffic noise from the main highway. The balcony faces the street and the door is not insulated enough to keep the sound out. All night long we listened to cars and trucks going down the highway.

The other thing that bothered me were the locks on the doors. They are keyed locks and there was no dead bolt or any other kind of way of securing the door on the inside. Anyone with a key could open the door while you slept. This motel is convenient but I would recommend one that is either off of the main road or is better insulated from outside noise.

This review is the subjective opinion of a Tripadvisor member and not of TripAdvisor LLC.
DebRon911
The Villages, Florida
6889
Reviewed October 25, 2006
Don't waste your money - $125 night suite ???

Before booking this "Double Queen Suite" I called the hotel direct to define "Queen Suite." I was told it was NOT two rooms but the room WAS divided by a half wall so the beds were in different areas of one large room (that is a suite?). That was extremely important as we were sharing the room with another couple otherwise we would not have booked with this hotel.
At check-in we were told our room was on the third floor..when asked to move to a first floor...not possible..They were full (peak color season)..the room could not be changed. It appeared all the hotels in the area were full so we had no other choice but to stay.

The room was a regular hotel room with two queen beds side by side (mattresses harder than a Motel 6) ..Hardly a suite !!! The jacuzzi was small, the plumbing cover was exposed...a fan cover was missing, no balcony (most in the hotel had them) and best of all they CHARGED for ice. There were no ammenties in the bathroom- no shampoo,no hairdryer, or ironing board The road noise was excessive...I layed awake until 4am due to the noise.

The parking lot appeared mostly empty (even though they were full?).

In the morning when we checked out and tried to voice our complaints-the desk clerk refused to listen. She told us it wouldn't do any good to complain that we would have to take it up with Orbitz.
After calling Orbitz the following day - they called the hotel and were told we should have complained directly to the hotel while there - we tried! After three or four calls Orbitz has issued a $50 voucher for future travel and they did the best they could. The manager at Vacation Lodge would NOT issue a refund but says he is mailing a $20 rebate check...
For $145 after taxes this place is poorly maintained, has awful beds and terrible customer service...
We found a Best Western right downtown Gatlinburg the following day that had one available King Suite with 2 separate rooms and a natural fireplace for $105 !!!!!! Great beds, customer service, easy walk a block away to central downtown Gatlinburg., nice breakfast included and even shampoo! ..We will return there! Stay away from Vacation Lodge - there are way too many nicer places at lower prices and right in Gatlinburg!

This review is the subjective opinion of a Tripadvisor member and not of TripAdvisor LLC.
colors48
RIPLEY , MS.
13
Reviewed September 30, 2006
REALLY EJOYED OUR STAY

I believe it is the cleanest motel i have ever stayed in. Very courteous ladies that work there. The owner or managers are very helpful and friendly. Rates are great something that you can afford an stay extra days.Hope to see you the last week in oct 2006.
Thanks, Pete & Jan Gates : Ripley Ms.

This review is the subjective opinion of a Tripadvisor member and not of TripAdvisor LLC.
View more reviews
PreviousNext
1…164165166…