$259
View Deal
Expedia.com$259
Travelocity$259
Orbitz.com$259
CheapTickets$259
Tripadvisor$259
Snaptravel
View all 12 deals
Prices are the average nightly price provided by our partners and may not include all taxes and fees. Taxes and fees that are shown are estimates only. Please see our partners for more details.
895cherylk
Wakefield, Rhode Island
1818

My husband’s grandparents owned the now Edgewood Manor in the 1940s. He lived there with his parents and grandparents for several years when he was very young. He has vague memories of life there as well as a number of photos. My daughters and I decided it would be a great Christmas gift to book a room there for him and me. We stayed there two days after Christmas and what a treat. We spent a great deal of time exploring the inn and taking photos. Andy, the innkeeper, booked us in the Victorian Room which was lovely. Andy told us it was originally a master bedroom and we imagined that it was most likely my husband’s grandparents’ bedroom. The next morning Andy met us and gave us a personal tour of the inn explaining much of its history. My husband remembered that the third floor had a ballroom with a small orchestra pit. When the Catholic Church took ownership in 1950 it was turned converted to a convent and the ballroom became bedrooms. My husband shared old photos with Andy who was delighted to see them.
The original architecture was a special treat to see in all its glory and the antiques Andy has carefully chosen to furnish the inn are amazing. It is evident that this inn is a labor of love for him. Edgewood Manor is truly a magical step back in time. Would love to return.More

Show less
Trip type: Traveled as a couple
See all 212 reviews
Nearby Hotels 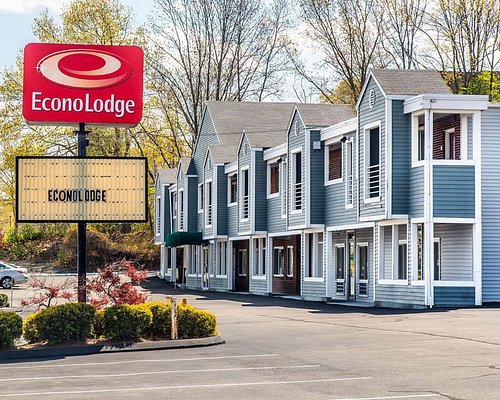 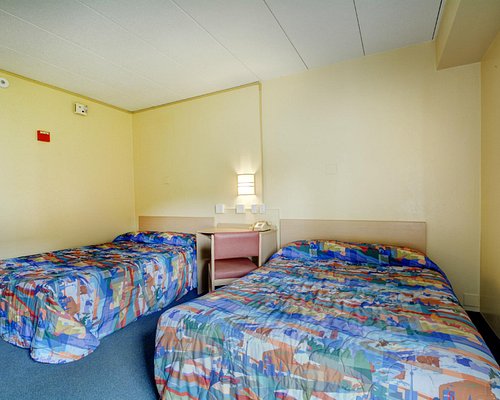 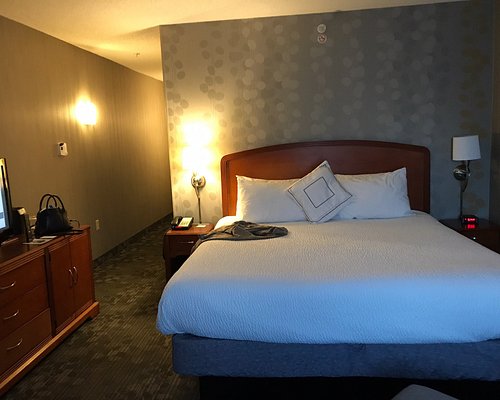 What an experience! The Edgewood Manor Inn is absolutely one of the best lodging experiences I've had. This gorgeous Victorian mansion is beautiful from top to bottom. From the silk tapestries on the walls to the enchanting antiques in each room of the house to the luxurious accommodations to the gourmet breakfast, this is THE place to stay on the Providence area. Andy (the host and owner) will see to your every need and will treat you to one of the most unforgettable stays you'll have. I'll definitely stay here on my next trip to Rhode Island. You should, too!

Room tip: The Victorian is the best room in the house!
Ask John_Kaminar about Edgewood Manor
Thank John_Kaminar

Thank you very much for your review of The Edgewood Manor . It is one of the most beautiful places to stay . We are so fortunate to have been hosting guests for 20 years and continue to enjoy each and every day. We look forward to your return .

Report response as inappropriateThank you. We appreciate your input.
This response is the subjective opinion of the management representative and not of TripAdvisor LLC.
Catya P
Brooklyn, New York
11
Reviewed October 24, 2017
Most enchanting and fantastic hotel in Rhode Island!

The Edgewood Manor is an exquisite hotel. The Owner Andrew has done an amazing job restoring this beautiful mansion from 1902 and converting it into a hotel. The rooms are beautiful and clean, the high beds are very comfortable and you have modern bathrooms built within the period furniture and surroundings. When you stay at the Edgewood you feel very well taken care of. It's also quiet and you can rest well. Wonderful breakfasts in the morning served by Joy. You feel at home and at the same time you have the privacy that you need to go around your business. I highly recommend this gem to anyone!!!

Thank you we look forward to hosting you again!

Report response as inappropriateThank you. We appreciate your input.
This response is the subjective opinion of the management representative and not of TripAdvisor LLC.
toclap
Saugerties, New York
54
Reviewed September 12, 2017
WARNING protect your property

WARNING: Protect your property as we experienced the lost of bicycles from our car in the parking lot. The police responded well but the management of Edgewood did not. The owner was notified but did not respond until we called him and he had no concern that the incident happen nor did he accept any responsibility. Other than our bikes being stolen the house is well kept and the breakfast and chef were very good. PLEASE Note that there is a temporary water service in the building because of utility work being done in the street. You may want to be on the first floor as the water pressure on the 3rd floor where we stayed was very poor

The guest was instructed from the innkeeper not to leave his bikes on his vehicles and he could bring them inside. The guest response was "it's ok they are old anyway if something happens it would be fine". Well something happened and now it's the owners fault? Or the inns fault? No we are not responsible at all. Especially since we warned them to bring their bikes inside. Not sure why they left them out there on the back of their vehicle unlocked. Maybe they wanted them stolen? My innkeeper even spoke to the guest the next day and the guests said it was ok they needed to buy new bikes anyway... So I was shocked when I received an email from the guest asking for some sort of compensation and when I explained to him that it was not our fault but their fault for not bringing their bikes inside especially since we suggested they do so . The guest said he would leave a bad review because I did not speak with him or reach out about the bikes. My innkeeper Reviewed our cameras for hours on his own time to try to help the police catch the perpetrators.

Report response as inappropriateThank you. We appreciate your input.
This response is the subjective opinion of the management representative and not of TripAdvisor LLC.
rstephan2017
Albany, New York
21
Reviewed September 4, 2017
Excellent overnight stay after college drop-off

We spent the night at the Edgewood Manor after dropping our youngest at college. We were looking for a quiet place to relax and celebrate. The Edgewood was perfect. The house is beautiful and our room was great. The owner upgraded us which was an awesome surprise. Breakfast was very good. We look forward to exploring the park and the coast when we return.

Thank you we host many families who drop off their children to Brown RISD and Johnson and wales. We thank you for staying and look forward to future stays.

Report response as inappropriateThank you. We appreciate your input.
This response is the subjective opinion of the management representative and not of TripAdvisor LLC.
jjcl61
9
Reviewed August 31, 2017 via mobile
2 nights

Lovely B&B. It's two houses. We stayed at the adjacent Charles Newhall House in a beautiful suite. The main house is simply magnificent. We had breakfast one day in the quaint sun room and the next day in the formal dining room with lavishly carved wood paneled walls; and, our cook was very accommodating and just plain nice. Breakfast was delicious. Though the innkeeper was not on site, he was readily available and helpful over the phone.

This review is the subjective opinion of a TripAdvisor member and not of TripAdvisor LLC.
View more reviews
PreviousNext
1…345…36