$86
$65
View deal
Free cancellation until 02/02/22
Wyndham$75
Priceline$75
Lol.travel$86
View all 20 deals
Prices are the average nightly price provided by our partners and may not include all taxes and fees. Taxes and fees that are shown are estimates only. Please see our partners for more details.
Keith M
Transfer, United States
5

Very, very slow check-in process. Evidently they were training someone that said she would be assisting me, but never did. One guest ahead of me that was trying to get his dog into the hotel; said it was a service dog, but kept it hidden when bringing it into the building. The breakfast area was nice, food better than average for a Super8. Room and bathroom was adequate size.

Review collected in partnership with Super 8
This business uses tools provided by Tripadvisor (or one of its official Review Collection Partners) to encourage and collect guest reviews, including this one.
See all 874 reviews
Nearby Hotels 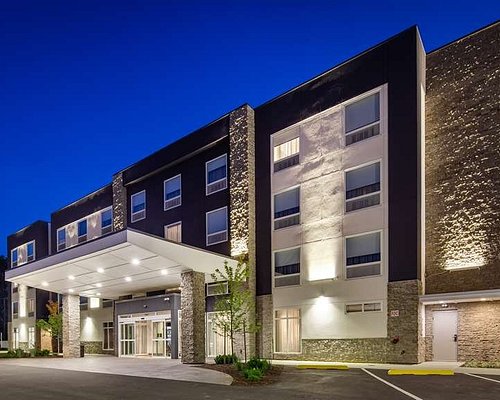 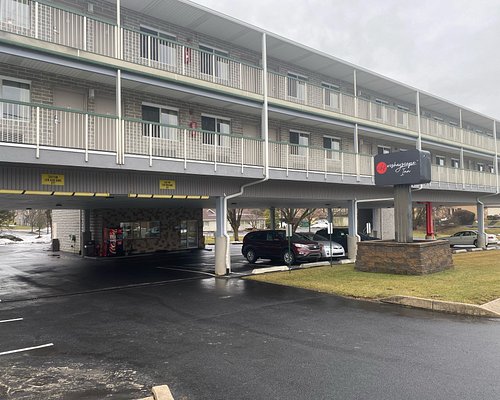 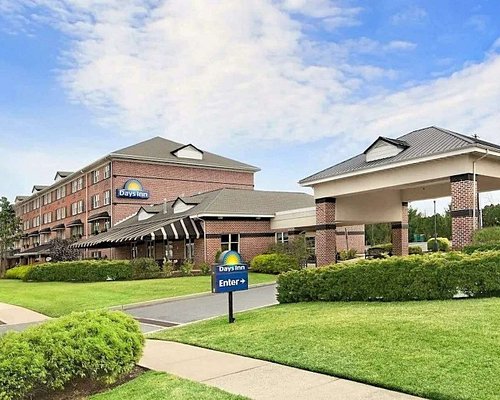 Stayed at the Super 8 hotel in Aug. 2017 for 2 nights. There were 6 of us. We all stayed in Rm 319 which had 2 queen beds and a sofa bed, nice large room. Very clean, great staff and delicious breakfast. Was very convenient to the park. Would have liked to stay another night but was booked up. We all had a wonderful time, would stay again.

Room tip: Room was over $200.00 a night but was in the summer and 6 of us were able to sleep in 1 room.
Ask Ellen B about Super 8 by Wyndham Hershey
Thank Ellen B

This review is the subjective opinion of a Tripadvisor member and not of TripAdvisor LLC.
EricB200
Jackson, Ohio
10815
Reviewed October 29, 2017 via mobile
New, Clean, & Quiet!

This was our Hershey PA stop on our vacation back from New England.

Great location to downtown Hershey and all the attractions.

This review is the subjective opinion of a Tripadvisor member and not of TripAdvisor LLC.
Patrick M
Jermyn, Pennsylvania
31
Reviewed October 25, 2017
Could Have Been Better

The hotel is nice, but mostly because it is new. The first room we had the toilet didn't work and the AC sounded like a Mack truck. They promptly switched our rooms to one that had a smell, but it was manageable. The view however, was of someones backyard with old geology cars and weeds everywhere. It was very close and the neighbors could easily see into our rooms as it was less than 20 ft away from our room. The check in staff was pleasant but not very welcoming, didn't really smile at all. Getting back to the room, there was obviously a mold/mildew problem because you could tell the grout around the tub was layer upon layer just to cover up old mistakes. The main issue though was the floor . The grout under the sink was pearly white, however the grout where everyone would walk in the bathroom was blacker than black. This made me shriek in disgust. The floors were filthy. Then the next morning we had a late start and the housekeeper passed over our room. When I went to the front desk to tell them that a light had burnt out and needed replacement I just asked if they would clean the room. I was told they left and they'll see what they could do. The lady was not very nice about it. Upon returning for the evening we found our beds not made, no fresh towels. The only thing it look like they did was pick the pillows up and empty the trash. The blankets and bed speeds were thrown in a ball in the corner.....Night staff has no idea how to deal with problem. I was told when I complained that the manager will deal with it in the morning. Well, the manager didn't deal with it. Didn't even ask me how our stay was. Stay away from this hotel unless you want a cheap, dirty hotel. The only thing this place had going for it was the breakfast which was decent, other than that - I give it a few more years until the newness factor takes over and this place becomes a total dump.

Review collected in partnership with Super 8
This business uses tools provided by Tripadvisor (or one of its official Review Collection Partners) to encourage and collect guest reviews, including this one.
Ask Patrick M about Super 8 by Wyndham Hershey
Thank Patrick M

This review is the subjective opinion of a Tripadvisor member and not of TripAdvisor LLC.
jamesmI4891JE
Glen Rock, Pennsylvania
1
Reviewed October 24, 2017
Review collected in partnership with Super 8
This business uses tools provided by Tripadvisor (or one of its official Review Collection Partners) to encourage and collect guest reviews, including this one.
Ask jamesmI4891JE about Super 8 by Wyndham Hershey
This review is the subjective opinion of an individual traveler and not of TripAdvisor LLC nor of its partners.
DPolinski
Sayre, Pennsylvania
123
Reviewed October 19, 2017
A little gem in Hershey

This hotel is only 5 years old. Clean, staff is courteous and centrally located in town. Great place for family and couples.

Review collected in partnership with Super 8
This business uses tools provided by Tripadvisor (or one of its official Review Collection Partners) to encourage and collect guest reviews, including this one.
Ask DPolinski about Super 8 by Wyndham Hershey
Thank DPolinski