Budget Lodge Eugene
Budget Lodge Eugene
Lowest prices for your stay
Lock in the lowest price from these sites
$99
View deal
Priceline$99
Expedia.com$99
Hotels.com$99
eDreams$99
Agoda.com$99
Travelocity$99
View all 13 deals
Prices are the average nightly price provided by our partners and may not include all taxes and fees. Taxes and fees that are shown are estimates only. Please see our partners for more details.
Nancy O
Granite Falls, Washington
103

Came in from WA without a reservation, and was pleasantly surprised. Our room was for 4, one of the beds in a room by itself. Very clean and comfortable. You can tell the owners take pride because the grounds were very clean. Nicely kept older roadside motel with usual amenities. Wi-fi was strong. Bus service across the street.Friendly and helpful staff. Our room was quiet as we were at the furthest point away from road.I'd definately stay here again if in the area.More

Great review! Thank you for staying at the Budget Lodge Eugene and we look forward to any future stays when in the Eugene/Springfield area.

Report response as inappropriateThank you. We appreciate your input.
This response is the subjective opinion of the management representative and not of TripAdvisor LLC.
See all 53 reviews
Nearby Hotels 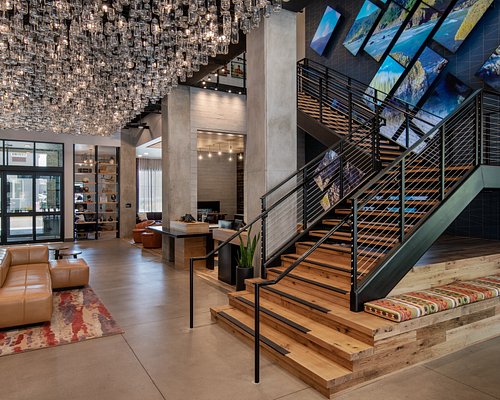 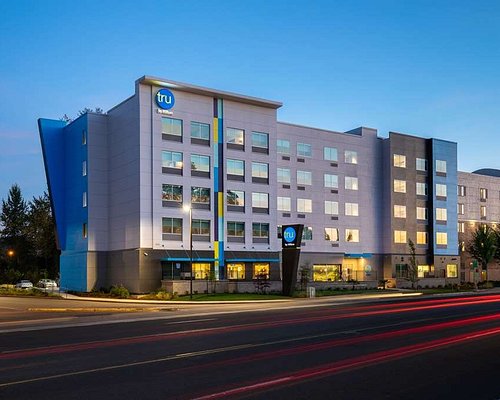 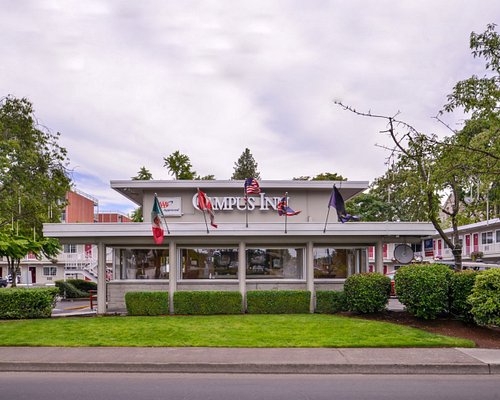 A nicely redone motel, not a Marriott location on the interstate. A bargain if you are looking to save a few bucks for a night or two.....( like $50.00??) Our room was very clean and linens were really fresh! Great wifi and HBO.
Since I must have 200 characters for this review I will ramble on.....bed is comfy, staff was friendly and accomadating. Pizza across the street was terrific.

Surprise! Great review! Awesome Comments! We are very pleased that your stay was excellent and that you had a great experience at our establishment. We look forward to your next visit.

Report response as inappropriateThank you. We appreciate your input.
This response is the subjective opinion of the management representative and not of TripAdvisor LLC.
Bill S
10645
Reviewed July 14, 2016
Old but comfortable

This is a small little motel from the 1950's. It's clean and well-maintained. Age has taken a toll on some unimportant things...closet door missing, etc.

It sits right on a major highway. Road noise is high until it gets dark, then it becomes quiet. They don't have a breakfast but there's a nice little family operated restaurant next door.

WiFi is good (about 30 mbps). Because of the time it was built, there few electrical plugs.

My room was small, but moderately priced.

Old but updating, BUT ....We are working on the updating and we are making it to where our customers are happy guests when walking in and out of our establishment. We hope to see you on your next visit and hope you have a great experience!

Report response as inappropriateThank you. We appreciate your input.
This response is the subjective opinion of the management representative and not of TripAdvisor LLC.
travelingmarble
Richmond, CA
11580
Reviewed July 11, 2016
Inviting Staff and Comfortable Room

I'm giving Budget Lodge five stars because of the friendly staff and the room. We drove from California to Eugene for the 2016 Olympic Track and Field Trials/Finals and we arrived earlier than we expected. The staff made it possible for us to check into the room before 2pm, which was awesome because the teenager turned into a grumpy old woman.

After hours of combing through hotel rates, I found the Budget Lodge Eugene. Clearly businesses were taking advantage of the Olympic season, which wasn't a surprise. Budget Lodge was the only hotel I could find at $200/night. Very pricey for Eugene. Nonetheless, I simply could not rationalize spending $300+ a night for a room closer to UO. So, I booked Budget. The hotel is on the outskirts of UO, but only a short 15 min drive.

Our double room was spacious and clean. Some renovations had taken place. It had a fridge, microwave, coffee pot/condiments, sink and a small breakfast table with chairs. The bathroom was petite, but there was a window so we could have some sunshine and feel pretty comfortable. We didn't stay in our room much except to sleep, shower and change clothes, so it was perfect for us. They also offered free wi-fi, definitely a plus. Lots of power outlets to charge multiple devices/gadgets.

Given that the Olympic trials were being held at UO, the price was high. But, it was cheaper than most of the other hotels I reviewed prior to our trip. Overall, we were really pleased.

Thank you for taking the time to review our property. We appreciate the feedback and welcome you back on any future stays.

Report response as inappropriateThank you. We appreciate your input.
This response is the subjective opinion of the management representative and not of TripAdvisor LLC.
286cyndiw
IMPERIAL
425
Reviewed July 7, 2016
Very Close to the Airport

Staff was friendly and room was very nice. WiFi, microwave and cable TV were available. Reservations were made in advance and we we apprehensive when drove into the parking lot. We were pleasantly surprised when we checked in and even happier when we got our wake up call at 3:30 am. It was time to make the short drive to the airport for our flight home.

Thank you for taking the time to review our property. We appreciate the feedback and welcome you back on any future stays.

Report response as inappropriateThank you. We appreciate your input.
This response is the subjective opinion of the management representative and not of TripAdvisor LLC.
Tiffany O
Clackamas
6
Reviewed June 27, 2016
Overnight for Olympic Trails Vounteer Training

My Mom and I stayed over night in Rm. 102. The lady that checked us in was very nice and helpful!! We got into the room and you could tell it was an older property that had some revamping. It had a nice color scheme with lovely bedding, nice dark colored furniture, a small 2 seat table next to a small mini kitchen (no stove...had a mini fridge, small sink, microwave, etc.), a small desk and the SMALL but fully functional and adequate bathroom. Oh yeah, for the TV lovers....a bigger flat screen TV too. Overall a great place to stay! My only thing was I sleep better with softer beds and this was a firmer bed, so my back hurt the next day, but that's not something too big to worry about. P.S. Yes you can hear train horns, but it wasn't bad (we only heard 3 trains, but other than that, it's actually pretty quite too)

Awesome guests! We appreciate the feedback and loved having your party stay with us. We welcome you on any future stays when in the Eugene/Springfield area. Thank you again!