$97
$82
View deal
SAVE $15
Expedia.com$89
Travelocity$89
Trip.com$97
View all 14 deals
Prices are the average nightly price provided by our partners and may not include all taxes and fees. Taxes and fees that are shown are estimates only. Please see our partners for more details.
hayleyp782
84

Here oct4th. Can't rate it enough, hotel is fab, staff are amazing and location is fantastic. Would recommend this to anyone and everyone. Rooms are modern, spotlessly clean with a tv and fridge. Reception are helpful and restaurant staff are so pleasant. Great choice of food and always fresh. Cleaners are very eager to get your room done. All in all would tell everyone to go here. I've booked again already. We upgraded to a sea view which was definitely worth it as some people were facing walls and next door hotel.

Trip type: Traveled as a couple
See all 850 reviews
Nearby Hotels 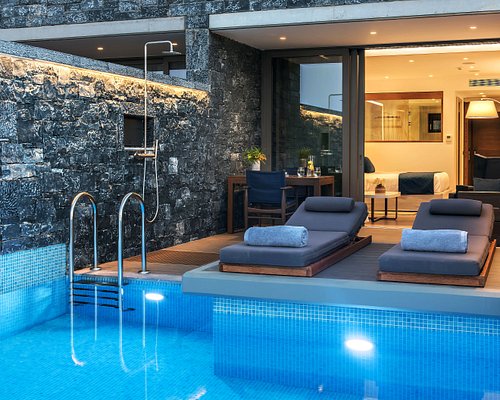 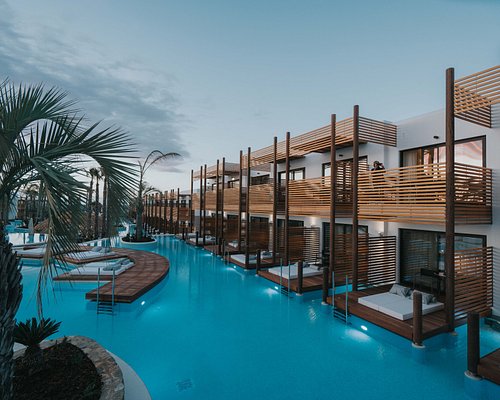 This review is the subjective opinion of a TripAdvisor member and not of TripAdvisor LLC.
Shelly_vdberghe
22
Reviewed October 13, 2016
Very friendly staff & clean hotel

Me and my partner went there 13 - 20 september. It's a very friendly staff, always ready to help you out. Our room got cleaned every day and we can't complain about anything. A very nice menu every day. The only downside is that you have to pay for the airco.
But I already recommend it to others.

This review is the subjective opinion of a TripAdvisor member and not of TripAdvisor LLC.
norman f
Leicester, United Kingdom
2430
Reviewed October 8, 2016
PALMERA BEACH HOTEL

I would consider this hotel 2-3 star only.I have stayed in better 2 start hotels in Spain.
Reception staff very friendly and helpful-all spoke excellent English.
Room allocation-we paid for inward looking room with balcony.On arrival we were given a dark dismal room Room 206 on first floor.the window faced the inner building shaft and light was minimal.We were told we would get free air con-usually costing 7 euros per night- a complete con.Room safe was 17 euros-i handed the key in -in disgust.The bath room was small but adequate.The beds/pillows were hard.The cleaner kept the room nice/clean and tidy.This room should not be used for guests. Thomsons-are you aware your guests are being placed in here?Management are you aware balcony paying guests are being placed in here.Do you put the Germans and Russians in these rooms are just the Brexit British.we did not complain as we spent so little time in the room.But we were not offered a move either. Eleni said we should have told her and she would have moved us.
Dining room .staff were very friendly,cheerful,helpful and nice to talk too-They need a pay rise for all there hard work.
Food was typical 2-3 star.it was tasty and well presented.Soup was watery and tasteless.Salad bar was simple and not much choice.I liked the main courses and you could have five courses if you wanted too.no complaints about the food.Breakfast again was same same most days and i have had better breakfasts in Spain.
Bar staff-I did not deal with the day time staff.Evening bar staff-the coldest unfriendliest Greeks in Crete and on the planet.No wonder the bar is empty.Nikos Hotel bar staff mush nicer and the drinks are cheaper too.I would advise customers to use Nikos or other bars.
Hotel is in a good position-very clean and tidy grounds.
Would I return - yes- but i want the room i paid for- but our fault for not complaining sooner.On the whole a good experience and the hotel is good value for money and central for everything in hersonisis and local area.loads of things to do and good value local buses and good day trips.
well done hotel palmera beach

Room tip: book a room with a balcony-but make sure you get what you paid for as we did not.
Ask norman f about Palmera Beach Hotel
2  Thank norman f

We would like to thank you for being our guests and for taking the time to share your feedback, which we have carefully read and well noted.

We are very sorry to read that we failed to meet your expectations and to offer you an amazing holiday in Hersonissos.

After checking our records we have found that you were initially not provided with your booked room type and we would like to apologize for this. Our Front Desk Team has asked you in the next day if everything was all right with your room, and you did not mention any dissatisfaction with your stay. We can only wish that you had given us the opportunity right after your check in, to proceed in the necessary actions and correct this mistake, thus improving your holiday mood & memories.

We hope to have the chance to welcome you back in the near future and provide you with an awesome vacation in Hersonissos.

Report response as inappropriateThank you. We appreciate your input.
This response is the subjective opinion of the management representative and not of TripAdvisor LLC.
megsmg
Cornwall, United Kingdom
23
Reviewed October 4, 2016
Amazing Hotel Right on the Sea front

My partner and i stayed here 25th Sept - 2nd Oct, I had looked at this hotel several times before booking, was a bit hesitant due to the pool area not being very large however i am so glad i chose this hotel. I had booked this for my birthday and was not disappointed.

We were dropped off on the main street, so had a short walk down a side alley to the hotel the bus would never have gotten down there.
We arrived at the hotel a little after 1am, The receptionist was very efficient in checking us in and even offered us some food as we had been travelling a while and missed dinner, we declined as it was so late and wanted our bed.

The room was very modern and lovely. The sea view was incredible. The rooms were cleaned daily with sheets and towels changed every other day.
The hotel it's self is in a prime location for all of the bars and restaurants. Free WiFi in all area's was a bonus as usually you have to pay. Air con you had to pay 7 euro's a day for i believe, i think should be slightly cheaper or free in the superior rooms, we just left the balcony door open while we were out, the only thing we really heard was the waves crashing which was very nice but slightly too loud for me to have left the door open all night.

The beaches near the hotel are very small and lots of stones and pebbles, but we went on a walk and found star beach about 10 minutes away. This is a nice sandy beach, with plenty of activities for all ages. water sports and water slides as well as snack bars and shops.

The staff were very friendly and it was nice to see, working in a hotel myself i know it can be frustrating at times however there were smiles all around.

We had a massage booked by my mum as a present and this did not disappoint either. the lady was very professional and it was one of the best massages i have had. the hotel guests get special offers as well, 20 euro's for a 30 minute massage is pretty good.

The Hotel has a restaurant just outside as well in which the hotel guests get a 10% off voucher to use as many times during your stay.

We were on a half board basis, the food was okay, but i think for the standard of the hotel could be slightly better, having a regular two slice toaster was something i had never seen in a hotel before, which was a bit of a pain. They had chef's cooking the crepes, waffles and eggs at breakfast and the meats at dinner time which was nice to see.

The barman - sorry didn't get a name, was very friendly and gave great service. The bar had a very good range of food and drinks.

We visited Water City and Aqua Plus. both very quiet but not bad for the price and no queues and a fun day out, not too far from the hotel.

Overall this hotel was a very good decision and i would highly recommend this to anyone.

Room tip: Sea view definatley recommended as if not you will get a side alley room in which are overlooked.
Ask megsmg about Palmera Beach Hotel
2  Thank megsmg

This review is the subjective opinion of a TripAdvisor member and not of TripAdvisor LLC.
Karen S
Leeds, United Kingdom
4036
Reviewed October 2, 2016
We will return 😘😘

We chose this hotel from booking.com after visiting Crete on two previous occasions and eating and drinking there.

Best decision we had made , from start to finish we had a wonderful holiday!!

We arrived to a wonderful welcome from Eleni on reception and Kostas who took all our bags up to our rooms.

To the front of the hotel there s a beautiful restaurant overlooking the Aegean Sea, the view is stunning.

We ate in the restaurant several times and the staff are the most friendly we have ever met I wish we had asked all their names as we would like to say a thank you to them all but Jenny was wonderful ,

Mr Nikos in the indoor restaurant was a total character at breakfast. Breakfast was lovely .

My mother is 92 and each and every member of the staff looked after her over the duration of our holiday.

I also need to mention the cleaning staff, the rooms and hotel were totally spotless, rooms were cleaned everyday and lovely crisp clean white sheets, and lovely towels.

The day we left George the Manager came to see us to thank us for visiting the Palmera and gave us all an individual key ring as a memento of our stay.

This review is the subjective opinion of a TripAdvisor member and not of TripAdvisor LLC.
View more reviews
PreviousNext
1…232425…