perfect holiday next to a building site! - No. 33 Cottage 1 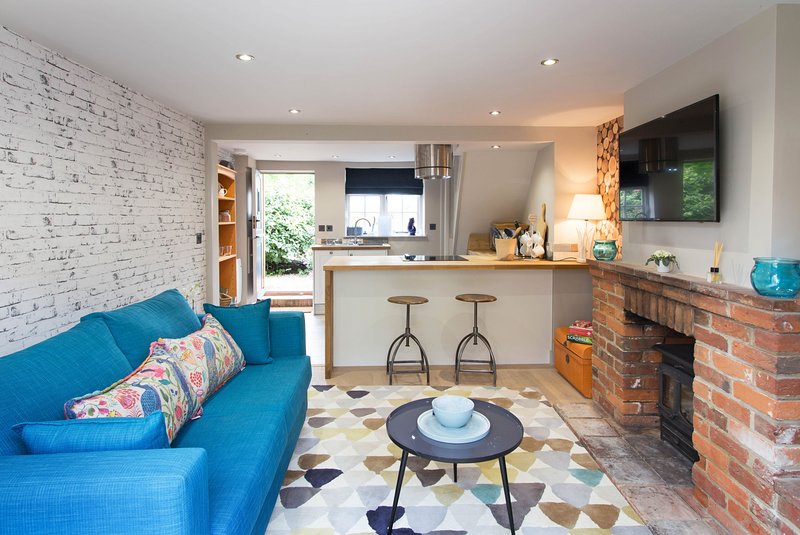 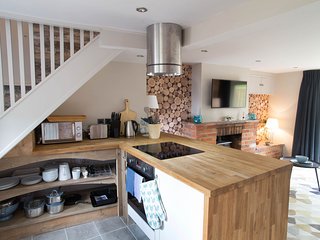 Average - based on 4 reviews
Write a Review

4 helpful votes
“perfect holiday next to a building site!”
Reviewed October 13, 2017 for a stay in October 2017
2
people found this review helpful

Fantastic bathroom and very comfortable bed but this is where it ends....arrived to cold and dark cottage (we had been forgotten but when we asked about WI-fi the following day at the Deli opposite (who own the cottage) the staff realised and apologised and sorted us out with a generous hamper that had not been left for us the previous day, all good. We were rather spooked by the next door cottage which was rather run-down and had some bad reviews from previous occupants of the holiday cottage but the guest book stated that the resident of the adjoining cottage was moving out and it then emerged that the 33 brand had recently purchased the cottage. Al the windows had been left wide open which was not a problem until the wind got up and all the internal doors started banging during the early hours of Wednesday morning. The staff at the Deli said they would arrange for the caretaker to close the windows so that we would not be disturbed again, that was great. However on Thursday morning we were woken to the arrival of builders who began dismantling the internal fittings of the adjoining cottage dressed in white dust suits so an indication that dirty work was about to commence, but hey at least they did not arrive at 8am they waited till around 9.30....Friday morning we were awoken at 9.15 to hammering and banging, basically the demolition of internal walls....just what you want on holiday, we then ate breakfast to banging and banging! We phoned Norfolk Hideaways at 9.30 to explain our annoyance and 8 hours later we have not heard from the owner or Norfolk Hideaways. If we had been told about the building works we would have chosen to go to another cottage but we were not given this option, surely bookings for the adjacent cottages should not have been taken whilst this work was scheduled? We have received no apology or any correspondence from anyone. We will not be recommending No33 or booking again, we are also unlikely to use Norfolk Hideaways services again, very disappointed.

Date of stay: October 2017
Would you recommend this hotel to a friend?   No.
Was this review helpful? Yes
This review is the subjective opinion of a TripAdvisor member and not of TripAdvisor LLC.
Thank you for taking the time to review No.33 Cottage 1 and we are very sorry for the disturbances you encountered.
We would like to assure you that the issue that you raised will be dealt with and we very much hope that your experience will not put you off returning to North Norfolk and to giving Norfolk Hideaways the opportunity to find the perfect holiday cottage for you sometime in the future
Once again, for our part, we are sorry that this issue arose.
This response is the subjective opinion of the management representative and not of TripAdvisor LLC.
Problem with this review? Thank you. We appreciate your input.

Travelers are raving about these Thornham hotels

Thornham Bay - Wild Luxury
Previous Next
1 2
Updating list...
Do you own a vacation rental? List it here.

Looking for a place to stay in Thornham?
View all 39 vacation rentals