Expedia.com
Hotels.com
Travelocity
View all 9 deals
Prices are the average nightly price provided by our partners and may not include all taxes and fees. Taxes and fees that are shown are estimates only. Please see our partners for more details.
Sean H
310

Hotel was pretty good. Clean and tidy. However the food was almost entirely geared around the predominent french guests with the restaurant having the pungent aroma of copious amounts of garlic every evening. Enjoyed the stay but would not come back nor recommend unless you are french!More

Thank you Sean for your review. Maybe you coincide with the big french "petanque" group who are staying for the moment at the hotel. At some times during the season they come with a big amount op people and that's when the french really dominate in the hotel. You can always call us in advance and check when they're coming, if you would like to!

Report response as inappropriateThank you. We appreciate your input.
This response is the subjective opinion of the management representative and not of TripAdvisor LLC.
See all 666 reviews
Nearby Hotels 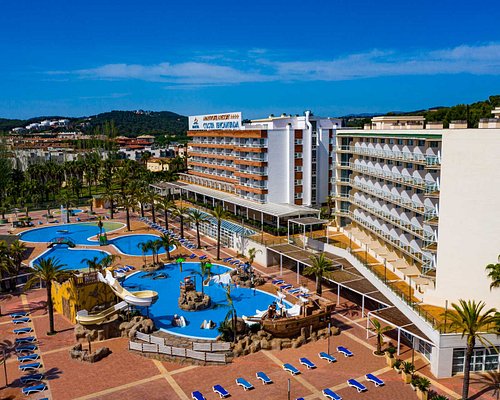 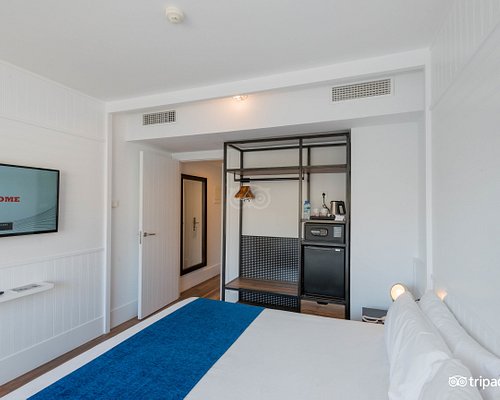 My wife and I are in the Hotel from 23th Sept. to 14th Oct. 2019. It is the most wonderful hotel we have had ever!!!! Especially the Animator Ismael is the Guy
we like the most. He is very friendly and is always ready to help. We spent and are
still spending our wonderful time with him. We wll miss him when we leave the hotel.
Thank

Oh! Ismael will be very pleased to hear this!! I will tell him right now! Thank you very much!

Report response as inappropriateThank you. We appreciate your input.
This response is the subjective opinion of the management representative and not of TripAdvisor LLC.
kpwhitu0
Barrow-in-Furness, United Kingdom
145
Reviewed October 5, 2019 via mobile
Not what we planned, but a holiday is what you make it

Let’s start with the background. We were not supposed to come to this hotel but due to the Thomas Cook collapse our original holiday was cancelled and this was what we could get in the time scale.

Start with the positives.

Upon arrival we were quickly dealt with, which was great as we arrived at 2am with two children. We were offered a cold buffet, which was appreciated, even though we were too tired and didn’t take them up on it.

The Aqua Park was still available even though it was officially closed. And was clean and tidy still. We, as parents, made sure this was still enjoyable for kids.

The entertainment was generally terrible. As the title of this review stated, we made our own fun. The daytime animation was not set up for kids and the night time one was (except one night) terrible and we often didn’t stay around for it.

The Aqua Park was not actually at our hotel but was part of the chain. There was no bar, though at this hotel! We had to go back to our hotel for drinks and food, which with kids at the Aqua Park was poor. There wasn’t even water provided and it was hot. Also the parks slides were not on. I know it is out of season, but in the circumstances of the Thomas Cook collapse meaning the hotel suddenly had more families then expected, they could have changed their own rules slightly.

The breakfast choices were poor. The bacon was more like cooked ham and eggs were greasy. There was also a poor choice of fruit, which was strange as there was a better choice at lunch and dinner!

The room we had was for four people, but was very cramped. The wardrobe space was also only suitable for two people. It was cleaned everyday which helped but a week in it was hard work.

It wasn’t what we planned but we made the best of it and ended up enjoying the holiday. This, though, wasn’t all because of the hotel. The facilities COULD be good if they had tried a bit harder to provide for the people that were there! The place was clean, the one drink rule we heard about was in force, but not overly policed if you didn’t take the mickey! The food was plentiful and okay. The hotel let themselves down but not reacting quickly, not the staffs fault, this was a management thing! The staff were fine, not particularly smiley, but fine.

I would have given a four star rating if the hotel had reacted. If they had opened the bar at the Aqua Park (as it was busy each day we were there). If they had put on more family/children’s activities during the day. If they had provided better night time activities. The families we met made the holiday but all of us would have loved our kids to have had other things to do! Due to this I can only provide 3 stars.

Thank you for your review.
Our water park with the slides is open from the beginning of June until half September. We have a contract for this period with an extern company which provides the lifeguards. When we open the park, we're obliged to have several life guards so it isn't that easy to just say that we open longer. These life guards often come from other parts of Spain and when their contract is over, they go home.
I hope that in spite of this, you had a lovely holiday and could enjoy time with your family in an alternative hotel after what happened with Thomas Cook.

Report response as inappropriateThank you. We appreciate your input.
This response is the subjective opinion of the management representative and not of TripAdvisor LLC.
Bruce H
47
Reviewed October 1, 2019
Bad choice

Currently at the grand garbi and will definitely remember the hotel but not in a good way.
The good points:-
The wi fi is ok
We have never waited at the lifts.

The all inclusive is a joke and you're made to feel second class. You have to que in a separate area for drinks which are served in plastic glasses while paying guests are offered proper glasses and i think a totally more pleasant service.

Last night i got a drink after the all inclusive had finished and it was even in a different sized glass to the one id previously been served and even tasted stronger.

The food choices are very limited and normally cold unless its just cooked.

The rooms are a good size but shabby,on arrival i reported the main door lock was loose and the toilet has a leak,the toilet still hasn't been repaired!

The staff are in general unpleasant and sadly don't seem to care about guests wether that is because we are all inclusive or English or both im unsure!

On arrival we were told "because of thomas cook"we had to pay for our rooms up front which i refused and when i said i would ring the tour operator they said it was ok!

Entertainment is dire and not aimed at English.

Lloret is a nice place but i certainly wouldn't come back to the gran garbi.

I'm sorry that you weren't completely satisfied about the hotel.
We will see what we can do to improve the AI offer.
I'm sorry, but the Thomas Cook situation was very shocking and confusing for all of us.
It's strange that they didn't repair the toilet right away after you advised. We will talk to our staff.
Thank you.

Report response as inappropriateThank you. We appreciate your input.
This response is the subjective opinion of the management representative and not of TripAdvisor LLC.
Krikri2779
Birzebbuga, Malta
2
Reviewed September 26, 2019
Overall was good but not 4*

Food was very good and abundant. Room was ok though couldn't sleep well with the continuous noise coming from the AC inside and also from the unit outside in the balcony. Overall it was ok, though I would rate it 3*

Thank you for your review!

Report response as inappropriateThank you. We appreciate your input.
This response is the subjective opinion of the management representative and not of TripAdvisor LLC.
Meikimoo S
1
Reviewed September 19, 2019
Hotel gran Garbi

It was a lovely hotel my children loved it I liked it rooms
We’re brilliant view cleaner was lovely made the rooms good as new. The food wasn’t good didn’t really cater for the English. I was shocked with how many vile men would stare and take pictures of the children when confronted they didn’t care to the point one man followed our teen and took his trousers down told reception they didn’t really care. So plz keep and eye on ur children.