“Time Well Spent!”
emRZXzE3X1BQbQ==
other travelers have booked this property 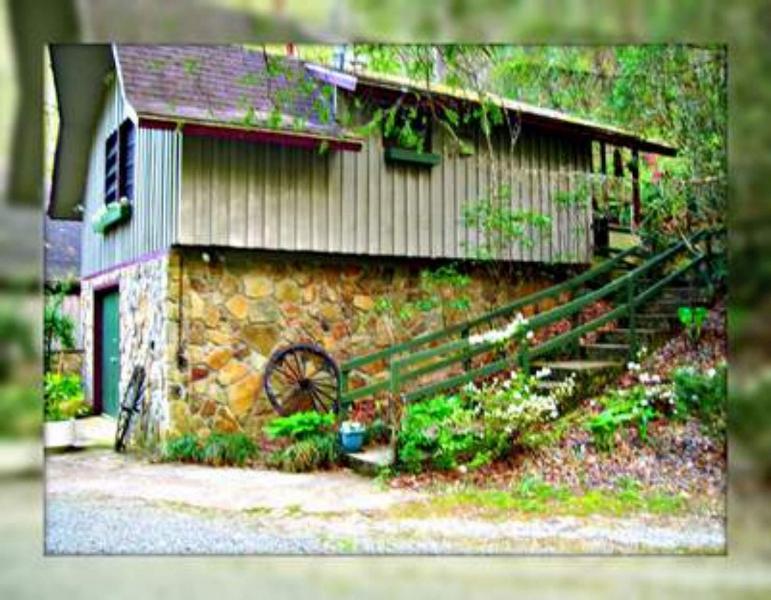 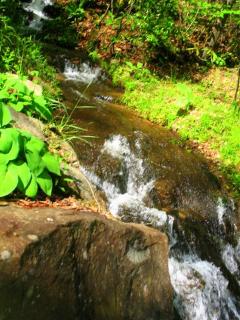 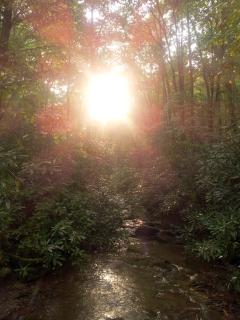 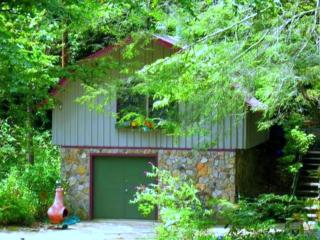 Average - based on 6 reviews
Write a Review

Perfect for my husband and myself. Everything was made available to us, the hosts were very kind and thoughtful. The area was well kept and just beautiful. The cabin was cozy and warm with the fireplace. Very compatible with the price! We are planning on returning soon.

Date of stay: October 2015
Traveling group: Spouse/Partner
Would you recommend this hotel to a friend?   Yes.
Was this review helpful? Yes
This review is the subjective opinion of a TripAdvisor member and not of TripAdvisor LLC.
Thank you got taking the time to stop by. We will most certainly welcome you folks back. Great travelling guests and kept the place really clean. Please do come again and also to our other 2 cabins. The owners.
This response is the subjective opinion of the management representative and not of TripAdvisor LLC.
Problem with this review? Thank you. We appreciate your input.

Horror horrid. I will never stay at a place so unkept again. Nasty owner with a bad the disposition of Yosemite Sam who will watch your every move.it was dirty and dusty. I know it's a cabin. But Clean it. I should have listened to my gut and left when I opened the door. Don't make the same mistake I did. Stay some place else. Beware !!!

Date of stay: July 2015
Would you recommend this hotel to a friend?   No.
Was this review helpful? Yes
This review is the subjective opinion of a TripAdvisor member and not of TripAdvisor LLC.
DEPOSIT KEPT BECAUSE of broken house rules. Brought more guests than was invited and or paid for, stayed past check out, creating problems, left trash and smoked at the cabin just to name a few:

This cabin was booked and paid for party of two people. Ken brought 4 people, 2 trucks, 4 motor bikes/ They arrived about 1/2 hour before check in, which we noted and checked out past the check out time of over one hour. We had to come across the road from our cabin and ask them to leave as housekeeping would be there. Ended up the owners had to clean out the cabin in less than 2 hours for arriving guests. Also, we have a non smoking property and they not only smoked but left the trash/garbage with the cigarette buts in the trash. Cabin was left in an unacceptable condition.. Had two huge, expensive full body towels folded and put back on shelf that had motor bike grease/trash on them. Had to take them out of cabin as they could not be used again and would not clean up. .

House rules are few and quite simple and was well know to him. They was sent to him in an email along with directions,etc. actually twice, as he must have lost he original and also are hanging on the frig. These very simple house rules were broken by him and his party. No house rules are needed for bringing unpaid/uninvited guests through Flip Key system. Furthermore, he is a liar, to put it mildly, about the cabin being dirty. It was spotless! I was there checked it less than 1 hour before he arrived. He should be so lucky to get this cabin for the pennies that he paid for 3 nights.

This man is mad/upset/ ticked that I kept his deposit and would again but would make it triple the amount as he did not pay enough for the mess he created. Furthermore, when I advised him of problems through the Flip Key system, he wrote back 5 words that cannot be repeated, nor would I want to repeat them.

The owners.
This response is the subjective opinion of the management representative and not of TripAdvisor LLC.
Problem with this review? Thank you. We appreciate your input.

Travelers are raving about these Robbinsville hotels

The Hemlock Hide Away

Magical Escape Into The Woods

We expected what was written in the description, and what you would normally accept for something you pay for. What we got were sub-par conditions for our money. The cabin was not properly cleaned or aired out. There was dust on the coffee pot and appliances, leaves on the floor, and a toenail on the bathroom floor. There was a musty odor, as if the place had not been cleaned and aired out for some time. There was very poor water pressure at all the faucets. The refrigerator was loud all the time, with extremely loud noises about every 30 minutes. The bed while not specifically listed as a queen is a full-sized bed, and there is a 6' ceiling in the shower. My husband is 6'4", this would have been good information to have. It is listed as having WiFi, but it is from an extender from the larger cabin and is slow and unreliable.
When I contacted the owner she said I was being picky and kept saying that it had been a hard winter. She also insisted they never had any complaints, not really relevant to our complaints. We asked how much it would cost to move to the other, larger cabin on the site for our last 2 days. She said she would look into it and let us know. It is listed at $192 a night and she quoted us $450 on top of what we had paid for the small cabin. She said she would have to have the other cabin cleaned after we leave as the reason.
The site is beautiful, the cabin is quaint, but except for our complaints, adequate.
I would not recommend the property the owner isn't very helpful.
Overall the cabin upkeep has been neglected with window panes cracked and when we opened the bathroom window it fell out. The pond shown in the photos for this and the other cabin has almost no water and is bug infested. We booked this cabin last month so they had plenty of time to prepare it for guests and if it was not going to be in good condition for paying guests they should have contacted us so that other arrangements could have been made.

Date of stay: April 2014
Liked best: The private and peaceful location
Liked least: The refrigerator making loud noises about every 30 minutes waking us up.
Traveling group: Spouse/Partner
Would you recommend this hotel to a friend?   No.
Was this review helpful? Yes
This review is the subjective opinion of a TripAdvisor member and not of TripAdvisor LLC.
These folks were there for a benefit and needed more space it would seem for a large party. Wanted our other cabin for nothing/or small fee and had very feeble excuses to get it. Ended up smoking with hundreds of butts on the porch in a planter on the bistro table and in the outside chimnea and we do not allow smoking as our Flip Key ad will show. We are very allergic to smoke. Caused quite a stink and took us 4 days of airing and cleaning to get the smell out. The wife called and then hung up on me telling me to stick it---- when I gave her a price for 3 nights which included another trip to clean out the other cabin. We are really now pleased that we did not rent the other cabin to them. They tore the drawer door off the kitchen cabinet that is in the hands of the current guests. Left a big coffee pot as our 4 cup for 2 people was not enought for the big party. Their excuses was not warranted and I personally gave it the white glove treatment. We cannot be responsable for a 6 ft. 4 inch guy anyway. That is the problem that a seasoned traveler would check out. Internet is working and was working just fine. Has always as other guests know. Oh yes, she warned me she will spread the word. We cherish 99% of guests and would welcome them back with open arms. Sorry, not this group. I only will deal with people that know how to tell the truth and only the truth. We rented to 2 people not a huge group/party either. Header: Not what we expected. Truly is so. Not what I expected out of this couple either.
This response is the subjective opinion of the management representative and not of TripAdvisor LLC.
Problem with this review? Thank you. We appreciate your input.

Sun City Center Florida
Reviewed January 25, 2014 for a stay in January 2014
1
person found this review helpful
Date of stay: January 2014
Would I recommend this vacation rental to my best friend?
Recommended for:
Was this review helpful? Yes
This review is the subjective opinion of an individual traveler and not of TripAdvisor LLC nor of its partners.
Problem with this review? Thank you. We appreciate your input.

We stayed in this cabin for three nights and had a truly wonderful experience. The stream flowing in front of the cabin was so relaxing, we could hear it clearly from inside the cabin and never bothered to turn on the television. We had a small fire going and the cabin stayed cozy. Cabin is very quaint and basic, but has everything you need. We would never hesitate to return. Owners were great to deal with, answered all of our question and addressed any concerns very quickly. Excellent value!!!!

Date of stay: December 2013
Liked best: The setting away from town and beautiful stream.
Liked least: the close proximity to the other house.
Traveling group: Spouse/Partner
Would you recommend this hotel to a friend?   Yes.
Recommended for:
Was this review helpful? Yes
This review is the subjective opinion of a TripAdvisor member and not of TripAdvisor LLC.
Problem with this review? Thank you. We appreciate your input.
Previous Next
1 2
Updating list...
Still can't find what you're looking for?

Looking for a place to stay in Robbinsville?
View all 73 vacation rentals