Nags Head
Search for "{0}"
Post
Trips
Tip: All of your saved places can be found here in My Trips.
Inbox
Log in to get trip updates and message other travelers.
ProfileJoin
Search

“Rough in the beginning but better as the week...” 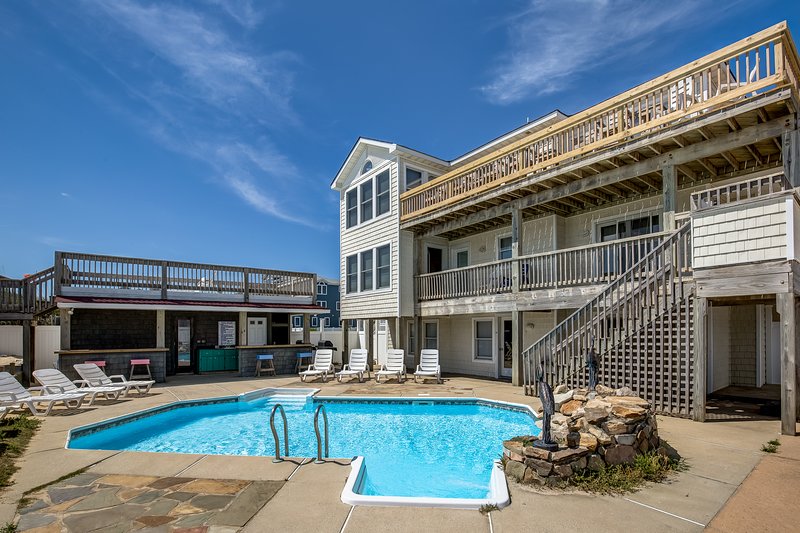 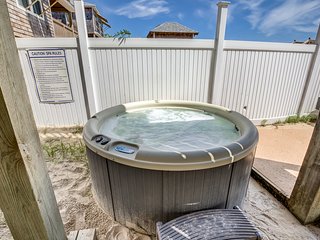 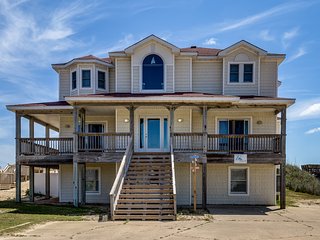 Average - based on 15 reviews
Write a Review

We just returned from a stay at Cinco Palmas with my extended family (28 of us -- ranging in age from 9 months to 70 years old) and were disappointed in both the house and Outer Banks Blue Realty's response to our concerns. First of all, the downstairs of the outer house closest to the street was inhabitable during our entire stay due to an awful odor. We are still not sure what it was but it was very fish-y. OBB had a cleaning crew come out on Monday but it did not help. The upstairs of the outer house closest to the street did not have a fully functioning air conditioning unit and the temp remained about 79 degrees all week. Both of the outer houses had a moldy, damp odor and several of us who stayed in them had allergic reactions. None of the outer units or the main house were clean upon arrival. There was sand and dirt on the floors which would have been easily cleaned up had anyone swept and mopped it. Also, the furnishings in the outer houses are very dated and did not feel like they had been well taken care of.

Significantly, the alarm out to the pool was not functioning the entire week we were there. This was a major concern for us since we had several children under the age of 5 and was a direct violation of state law for the owner.

We communicated these concerns to 3 different Outer Banks Blue rental agents multiple days during our stay and very few of them were addressed. From what we were told, the owner lives close by and has his own maintenance crew that responds to concerns. I don't know if things would have been different if the Outer Banks Blue maintenance crew could have responded or not. We finally saw the owner's maintenance man on one of our last days but he was not able to do much.

Needless to say, we will not be returning to Cinco Palmas and would not feel confident using OBB based on this experience either.

Date of stay: July 2012
Traveling group: Extended Family
Would you recommend this hotel to a friend?   No.
Was this review helpful? Yes
This review is the subjective opinion of a TripAdvisor member and not of TripAdvisor LLC.
Problem with this review? Thank you. We appreciate your input.

new york
Reviewed September 29, 2011 for a stay in August 2011
Date of stay: August 2011
Traveling group: Family (extended)
Your age range 45-54
Would I recommend this vacation rental to my best friend?
Was this review helpful? Yes
This review is the subjective opinion of an individual traveler and not of TripAdvisor LLC nor of its partners.
Josephine,

We are sorry that you were not completely satisfied with your stay at Cinco Palmas, but we are happy we were able to respond to your needs quickly and rectify your initial issues.
Hurricane Irene was a big bother for all of us, but we appreciate your positive outlook and we look forward to serving you again soon.

All the best from the beach!
This response is the subjective opinion of the management representative and not of TripAdvisor LLC nor of its partners.
Problem with this review? Thank you. We appreciate your input.

Travelers are raving about these Nags Head hotels

Va
Reviewed September 28, 2011 for a stay in August 2011
2
people found this review helpful
Date of stay: August 2011
Traveling group: Family (extended)
Your age range 45-54
Would I recommend this vacation rental to my best friend?
Was this review helpful? Yes
This review is the subjective opinion of an individual traveler and not of TripAdvisor LLC nor of its partners.
Problem with this review? Thank you. We appreciate your input.

Emporia Va
Reviewed May 31, 2011 for a stay in May 2011
Date of stay: May 2011
Traveling group: Friends
Your age range 35-44
Would I recommend this vacation rental to my best friend?
Was this review helpful? Yes
This review is the subjective opinion of an individual traveler and not of TripAdvisor LLC nor of its partners.
Ms. Moore,

We apologize for your discontent with your recent stay in Cinco Palmas. As you know we responded to each call you made about the property, and we are glad that we were able to rectify every issue that you called in within a couple of hours. We however never heard anything about cleaning issues during your stay. We regret that as we could have easily rectified anything that you thought was not prepared properly.
We also regret that you were under the impression that the smaller and less expensive out properties were comparable to the main house. That is not the case, and we apologize for the misunderstanding.

Thank you again for your review and for staying with us. We look forward to a better experience for you next time.

All the best from the beach!
This response is the subjective opinion of the management representative and not of TripAdvisor LLC nor of its partners.
Problem with this review? Thank you. We appreciate your input.
Previous Next
1 2 3
Still can't find what you're looking for?

Looking for a place to stay in Nags Head?
View all 133 vacation rentals