Very friendly staff with excelennt rooms. Located 5 min and 29 min bike from Saint Emilion. The room was on the 3rd floor of the main building overlooking vineyards. Breakfast was excellent. Bikes are availableMore

First of all thank you for sharing your experience on TripAdvisor regarding your visit last May in Grand Barrail.
When you write that “friendly staff with excellent rooms”, it is the best compliment we may receive. It goes without saying that it is of most importance to us that each guest feels that customized service you experienced during your travel in Saint-Emilion.

We hope you have an opportunity to visit us again in the near future to make you discover all our enchanting activities.

Report response as inappropriateThank you. We appreciate your input.
This response is the subjective opinion of the management representative and not of TripAdvisor LLC.
See all 1,539 reviews
Nearby Hotels 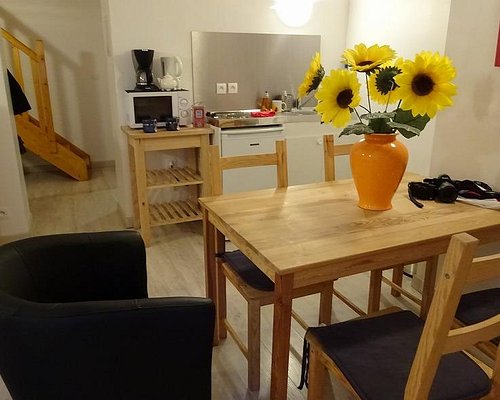 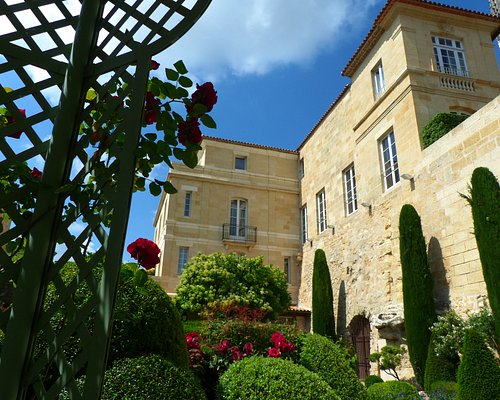 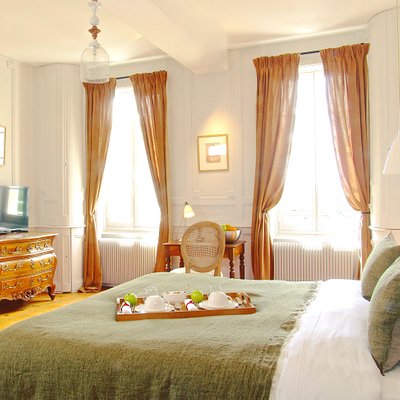 As my grandmother might have said this is all fur coat and no knickers! On the surface it looks impressive, the building certainly looks stunning in the distance but upon entering the hotel the cracks begin to show. We came as part of a small group and stayed two nights in the hotel. We were given a ground floor room near reception. The room had a horrid smell of stale smoke combined with general damp/oldness which seemed odd as upon entering the room looked modern and clean. I opened the patio doors in attempt to air the room. It was then I looked more closely at what appeared to be a modern room. Wallpaper was bubbling from the walls, paintwork was old and chipped as were mirrors on doors. Plug sockets were not in properly to the walls making them almost impossible to use. Upon even closer inspection, it became apparent that the walls had previously been clad in fabric and that someone had tried to renovate it on the cheap by putting wallpaper over the top, hence the ill-fitting plug sockets and the bubbling wallpaper. A very shoddy job that one would associate more with a 1 star B&B in Blackpool not with a 5 Star supposed luxury Chateau in France.

Moving on and the bathroom had not been redecorated since 1980's and the fixed to the wall hairdryer not only kept cutting out but had no guard so your hair kept getting tangled into the back. Everywhere you looked in your room there were laminated signs/ 'Do Nots' akin to staying in an Ibis. Toiletries were sparse and not enough for two people - remember to bring your own if both of you plan to wash.

As part of our trip we had eaten in every hotel in the evening, not in this hotel, they point blankly refused to accommodate us on either evening (16 people). This meant we had to take taxis out each evening. Having read previous reviews I understand now this is a common theme despite the hotel restaurant not appearing to be at all busy. Breakfast was a hit and miss affair hit if you waited 45 minutes and your eggs finally arrived because when they did they were very good. Miss because another day they didn't arrive at all!

In short, I recommend coming here for a quick drink to get your photo of the exterior for instagram (if thats what you desire) but stay somewhere a little more comfortable.

This review is the subjective opinion of a Tripadvisor member and not of TripAdvisor LLC.
Gaston02
Geneva, Switzerland
291127
Reviewed May 25, 2019 via mobile
Bathroom is 3 star did not like as a 5 star hôtel !

Really bad bathroom. Old and not acceptable for a 5 star hôtel ! Bed linen ... and amenities very good ..... reception..... personnel really stressed about signatures « using thé portable wifi router they give u in substitution of à 3 rd world internet line «  As if ... clients wants to steal this « précious  » wifi box.
At thé restaurant we’re seated just next to an outside opening door ..... result every time a guest went smoking outside .... we got a windspree....... for free this Time .....
castle is very nice from outside...... shoud be a 4 star l And please ... to personell avoid pathetic answers.... to clients. Such as .... wifi not working outside hôtel premises....... cannot be charged in room and ect etc. .
A soecial note... to thé lady at thé concierge Who said my cc. Was not in my nane and did not work for registration
We paied thé bill with this one !!!!! So. Just be aschaimed of urself !!!! And next Time Check it out properly before sentencing
Overall NOT A GOOD STAY ..... at l’est for us !

First of all I personally thank you for taking your time to describe they detailed stay you had with us.
It goes without saying that I am sincere apologizing by the less that satisfactory experience you lived at our hotel Grand Barrail.

Daily, we are doing our best to fulfill our guest’ stay with memorable moments. Having said that, I will personally take care of fast-paced enhancement to reach the quality of service that our guests are looking for at 5-stars hotel-restaurant as ours.

Please do not hesitate to contact me directly so that I may convey my sincere apologies in person.

Report response as inappropriateThank you. We appreciate your input.
This response is the subjective opinion of the management representative and not of TripAdvisor LLC.
Safari39058297185
Cardiff, United Kingdom
1
Reviewed May 20, 2019
Highly recommended

The hotel came recommended by friends and they were not wrong. A great location not far from St Emilion and very imposing as you drive up to it. Staff were first class and our stay was effortless, which says it all really. Good bar menu and seating area, cosy restaurant. Weather was so-so but I can imagine on a sunny day the grounds are great. Heated outdoor pool was welcome.

Review collected in partnership with this hotel
This business uses tools provided by Tripadvisor (or one of its official Review Collection Partners) to encourage and collect guest reviews, including this one.
Ask Safari39058297185 about Chateau Grand Barrail Hotel
Thank Safari39058297185

I am so delighted you had such an amazing feeling about our hotel-restaurant Grand Barrail.
It is a great pleasure to hear that the word of mouth by your friends have lead an enjoyable stay for you too!
We are very proud our team made you live a very special moment, and hope it will be the first of plenty!

We look forward to welcome you again on the Left Bank, and offer unforgettable cocktail experience through vineyards.

Report response as inappropriateThank you. We appreciate your input.
This response is the subjective opinion of the management representative and not of TripAdvisor LLC.
Ramadama
New Providence, New Jersey
1929718
Reviewed May 13, 2019 via mobile
Wonderful experience

This hotel is fantastic. It is located right in the middle of a winery. It is such an elegant building from the outside and it doesn't disappoint inside. The room was spacious, clean and the bathroom is very modern with a large bathtub. The bed was very comfortable. We has dinner in the dining room which was a very pleasant experience. I enjoyed the gardens and walking around the chateau. The staff was very pleasant and helpful. My only complaint is about the wifi because it did not always work consistently in the hotel room.

Thank you for commenting about the your fantastic travel past May in our hotel Grand Barrail.
It goes without saying that I am absolutely touched by the satisfactory stay you had with us.

By the description of your experience through our various services, on behalf of all our team – we are extremely pleased to hear your fully satisfaction. Indeed the chateau has this advantage to be surrounded of nice green area for a relaxing moment.
Concerning the Wi-Fi issue, we are currently working on its improvement.
Look forward to seeing you back for your next fascinating moment in our beautiful property.
Very truly yours,

Report response as inappropriateThank you. We appreciate your input.
This response is the subjective opinion of the management representative and not of TripAdvisor LLC.
Safari84943
2
Reviewed May 13, 2019
Beautiful sanctuary

The chateaux is beautiful, the staff are excellent. Definately recommend this hotel. The staff can't do enough for you. Room and bed was very comfortable. The coffee machine was very good. I recommend the macaroons.

Room tip: Enjoy the coffee
Review collected in partnership with this hotel
This business uses tools provided by Tripadvisor (or one of its official Review Collection Partners) to encourage and collect guest reviews, including this one.
Ask Safari84943 about Chateau Grand Barrail Hotel
Thank Safari84943

Firstly, I am truly grateful than you have chosen our chateau Hotel Grand Barrail for your stay in Saint-Emilion last May.
Moreover, we thank you for your sincere commentary. All your impressions reflects the quality of our service that we deeply attempt to improve every day!
Indeed, I have transmitted your compliments to our team, who is so pleased to hear ir.
We look forward to seeing you again in our beautiful chateau.
Kindly yours,

Report response as inappropriateThank you. We appreciate your input.
This response is the subjective opinion of the management representative and not of TripAdvisor LLC.
View more reviews
PreviousNext
1…141516…