CenterWay Hotel
Lock in the lowest price from these sites

Expedia.com
Hotels.com
eDreams
View all 9 deals
Prices are the average nightly price provided by our partners and may not include all taxes and fees. Taxes and fees that are shown are estimates only. Please see our partners for more details.
nannyof4cuties
Dublin
1011

We thought it would be easy to find a reasonable hotel in the Buffalo/|Niagara Falls area for our shopping trip but we were mistaken. All the hotels, good ones and flea-bag dives were either sold out or ripping off their customers. We were pleasantly surprised when Microtel had clean rooms, excellent customer service, and a very nice continental breakfast. It also has FREE local and LONG-Distance calls to Canada!! Too bad I didn't know that until it was too late!! Price was still high for a shopping trip, but might have been bettter mid-week. Microtel only has rooms with one queen bed, and we paid $99 for it. They don't reserve so it's first come, first served. You also have to ask at the desk if you need shampoo etc. It's a no-frills hotel so don't expect Hilton accomodation!!! I'd go back.More

Show less
Room tip: Close to hwy (a plus) but you could ask for a room facing away from it.
See all 153 reviews
Nearby Hotels 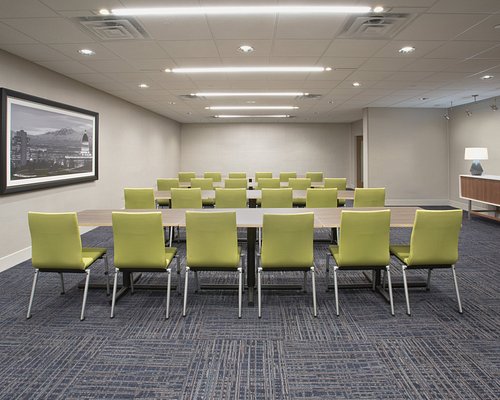 We stayed two nights in the Microtel while visiting local relatives and a few local sights. The rooms are small (what else do you expect from a hotel named micro?) but well-designed with a good use of space. The room looked clean and neat. However, when I pulled back the bedcovers, I thought there was a wet spot on the side of the bed. Nope, there were several large translucent patches on the sheet--they were worn almost through, by over-zealous bleaching I was told later. There were comparable patches on the other side of the bed. These sheets should have never re-used in the hotel!

OK, now Day 2, we return to our room after being gone all day and find that our room was not properly cleaned. Towels were replaced and the bed was half-heartedly made. Otherwise there was no evidence of cleaning--oh, wait a minute, the soap in the shower was taken but not replaced. Our trash was not removed, the room was not vacuumed, no new cups were supplied. Shouldn't we get a full cleaning even though we were "stay-overs"? We felt that since we didn't have the same services on the second day, we deserved a discounted rate. We approached the "manager" who was really only a supervisor about the shortcomings. She had lots of excuses: laundry lady who put too much bleach and ruined the sheets--"new ones are on order"--, shortcomings on the cleaning-- new housekeeper she'll have to have a talk with (why didn't she properly train her to begin with? or make sure everything was up to standards.) She gave us a lame excuse of not invading our privacy as stay-overs but doesn't the maid already do that to some extent? She said that she couldn't give us any rebate for the lack of services since we'd already claimed a discounted AAA rate. Another lame excuse!

The breakfast was a better than average "continental"--sometimes I've been given a plastic-wrapped Danish or doughnut and a cup of coffee and they've called it continental bf. I really like some yogurt and fresh fruit if there are no hot items (love those waffle machines!). But this breakfast had a variety of cold items and those that could be toasted. I had toasted bagels and cream cheese, which was OK. There was also cereal and milk, pastries, bread, biscuits (alas no sausage gravy!), and more. I would have enjoyed some varietal tea or real decaf coffee (I hate instant coffee--they had packets of Sanka).

Not that it's a fault of the hotel, but the highway is very close and noisy if you a light sleeper. Maybe you can request a room away from that side?

This review is the subjective opinion of a TripAdvisor member and not of TripAdvisor LLC.
JamieTheExplorer
Rochester, New York
8390
Reviewed July 8, 2012
false advertising

We stopped because the huge sign in the parking lot said $49 a night. When we got to the desk, the cost was actually over $100. They offered us AAA discount which brought it down slightly. We are Windham rewards members, but this hotel is not a participant. It was late and we decided to stay anyway. They gave us the last available room next to the front desk, so we could hear talking and laughing until late in the night. At 7 a.m. the security/fire alarm sounded and woke just about everyone up in the hotel. The continental breakfast was typical muffins and juice. The place was clean. I didn't notice anything gross while we were there. The bed was comforable and the staff was friendly. Girls, there's no conditioner, so bring your own. It wasn't a great hotel, but it beat sleeping in the car.

This review is the subjective opinion of a TripAdvisor member and not of TripAdvisor LLC.
mccutheon
New York City, New York
2624
Reviewed June 22, 2012
Meh

Can't say I was overly impressed with this place. First off, the floor was somewhat sticky and my socks got dirty walking around. The free wifi was spotty at best. Worked for about 1/2 an hour then died out. There were hairs from another guest in the bathroom. I could see this place on a news feature with the UV light. The only bright spot was the convenient location.

This review is the subjective opinion of a TripAdvisor member and not of TripAdvisor LLC.
peter s
2020
Reviewed June 18, 2012
Good value in the expensive Bufffalo/Niagara Falls area...

This motel is clean, quiet and fairly priced. Employees are friendly, efficient and helpful. The rooms are quite small but have fair sized bathrooms. Bed and bath linens are somewhat worn but clean and fresh. The bed could be more comfortable. The wall unit heated and cooled quietly and quickly. The breakfast room is spotless. The breakfast itself is very basic. However, the rolls, bagels and cereals are fresh and good quality. The I-290 is nearby and gives good access to the Western New York/Southern Ontario region. Travelers not familiar with the area may have difficulty finding this motel. No pets (and their barking, biting and odors) allowed. There are many dirty and dreary budget motels in the area. This is not one of them.

This review is the subjective opinion of a TripAdvisor member and not of TripAdvisor LLC.
Shacker15
31
Reviewed June 9, 2012
Really gross and terrible.

This place is rough. Had a bug fly on me our first night. Do not stay here.

This review is the subjective opinion of a TripAdvisor member and not of TripAdvisor LLC.
View more reviews
PreviousNext
1…161718…26