Great historic hotel and location for a... - The Inn at Saratoga

The Inn at Saratoga

Great historic hotel and location for a wedding

Review of The Inn at Saratoga
Reviewed September 10, 2014

We previously had a very nice, and reasonably priced meal at the Inn at Saratoga, so we didn't hesitate to recommend it to our son (and now) daughter-in-law for their wedding. They chose the Inn and all of us couldn't have been happier. The location is perfect, at the southern edge of downtown Saratoga and less than 2 blocks from Congress Park. The wedding coordination was very thorough, the wedding dinner was terrific (probably the best tasting banquet dinner we have ever had), and the hotel staff were all very friendly and accommodating. We stayed over at the Inn after the wedding and were also very pleased with our room. The only difficult part for us was getting up on the very high bed! They also have an excellent buffet breakfast that is included with your room stay.

I seldom give locations "excellent" reviews, but the Inn deserved it.More

Show less
Room tip: Rooms facing the entrance drive and rear of the hotel are the quietest.
See all 636 reviews
Nearby Hotels 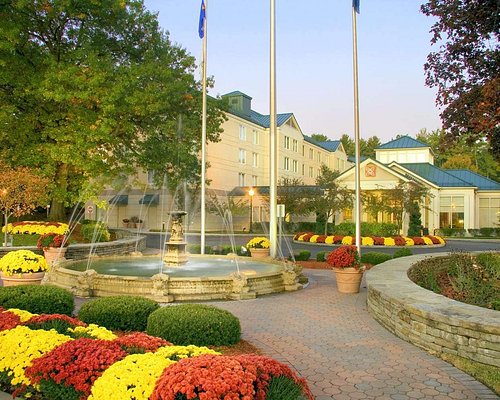 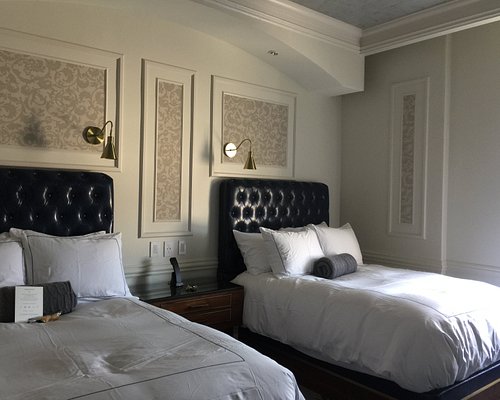 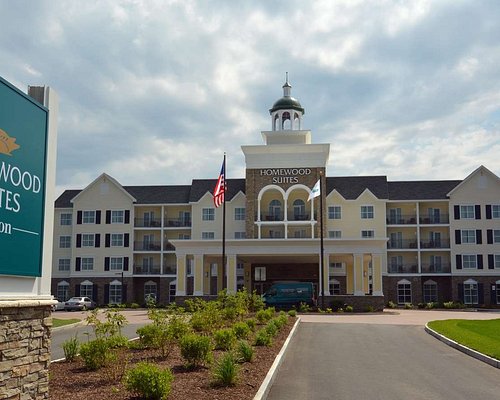 This review is the subjective opinion of a TripAdvisor member and not of TripAdvisor LLC.
Mike H
Raleigh, North Carolina
142
Reviewed August 8, 2014
Nice Quaint Inn

Was in town on business and stayed at the Inn at Saratoga. Found the Inn to be a good representative of an era gone bye. The Inn has a small elevator. The room was neat and clean ... with the bed being quite a distance from the floor. It was great for me but it might be a challenge for those who are not tall. The bed was comfortable. The buffet breakfast was very good and I was able to eat on the front porch one morning. I found my stay to be very enjoyable. For those who are interested the race track is within a long walking distance.

This review is the subjective opinion of a TripAdvisor member and not of TripAdvisor LLC.
ramblinggirl51
Naples, Florida
1720
Reviewed August 6, 2014
Expensive but Just O.K.

My husband, another couple, and I just spent two nights at the Inn at Saratoga. The Inn has been in existence for 170 years. There is nothing particularly wrong with this inn but there is also nothing particularly great about it. And, for over $300 per night, I would expect something great. Granted, Saratoga Springs is a pricey place in-season. Apparently, there are a few better rooms than the standard ones that we saw. I will only review the standard room. Our room had two double beds. The room was small with only one chair. The furniture, beds and dresser, are large and bulky. Poor decorating choice. Our friend's room had the same large, bulky furniture and a king size bed. The bed took up the room. Bathrooms were probably redone inexpensively in the 1980's. Our toilet did some phantom flushing. The valance and curtain didn't match. There was a window a.c. which worked, sort of. Each bed had a down comforter which was kind of old and discolored. A duvet would have hid this but instead, sheets were used on top and under. The room was clean. A breakfast buffet is included and was quite enjoyable. There was live music in the bar. The inn is centrally located being close to downtown, the racetrack and SPAC. The parking lot is small. The hotel gives a 10% discount for AAA members and if you drive a hybrid. But, you can't get both discounts.

This review is the subjective opinion of a TripAdvisor member and not of TripAdvisor LLC.
jeeneegee
New Haven, Connecticut
1135
Reviewed August 5, 2014 via mobile
Charming and convenient.

We have been to Saratoga many times, but this was our first time staying at the Inn. The hotel itself is loaded with antiques, and each room is unique - adding to the old world feel. We stayed from Saturday night to Tuesday. Saturday evening we had the pleasure of dining outside in their charming courtyard. There were 8 of us - and we all highly enjoyed our meals. To top it off, beautiful live guitar music provided a perfect backdrop.

The bar in the lobby is quaint and staffed by a sweet woman named Anne - who graciously accommodated any request. (Even fresh decaf coffee at midnight!)

The Inn is perfectly located to be able to enjoy all downtown Saratoga has to offer. We never took our car off the property! The walk to the racetrack is an easy and beautiful 10-15 minute one.

All in all - a perfect experience.

This review is the subjective opinion of a TripAdvisor member and not of TripAdvisor LLC.
hiwaychild
Westchester County, NY
25666
Reviewed August 5, 2014
Always lovely

My friend and I have been going to Saratoga Springs for about 15 years and we always stay here. The rooms are lovely, clean, well appointed, the common areas are well-maintained; breakfast is always good. The bar and restqaurant are quite nice and the food is good and reasonably priced. The location is convenient and it is a short walk to the downtown area and restaurants, bars and the park.

Room tip: Allt he rooms are lovely, but try not to face the courtyeard onw eekends since they have events and music.
Ask hiwaychild about The Inn at Saratoga
Thank hiwaychild

This review is the subjective opinion of a TripAdvisor member and not of TripAdvisor LLC.
View more reviews
PreviousNext
1…747576…106