The stay in delta camp was the highlight of our 3 week journey across Namibia and Botswana. The cabins are made of wood and are open and light, every cabin is unique and you can even stay in a tree house. The best thing is that elephants are common and you can see them regularly in and around camp. At night you can watch Hippos get out of the water. The service and the food is amazing - five star service in the middle of the delta. If you travel to the Okavango Delta, don't miss delta camp. The best time is June or July, when the water levels are high and you can do extensive trips with the mokorro. On the other hand, December is a great time also because water levels are low and there are only very few mosquitos.More 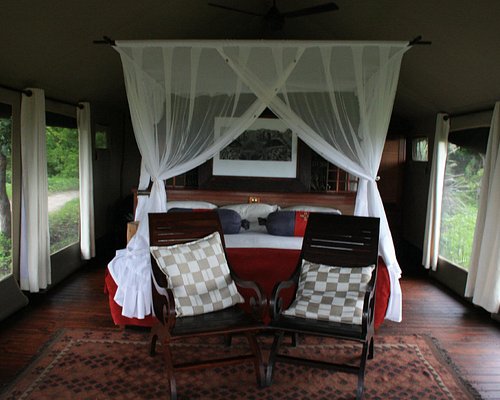 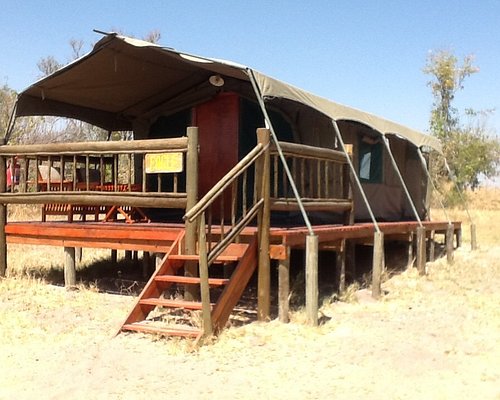 To everyone at Delta camp - it is a credit to Peter and his staff on a truly magnificent location, accommodation and friendliness
Could not of asked for a better African experience - would highly recommend for everyone that lovestory the outdoors and wild life thks Heath

Ask heath b about Delta Camp
2  Thank heath b

This review is the subjective opinion of a TripAdvisor member and not of TripAdvisor LLC.
SvenjaP257
Berlin, Germany
5972
Reviewed December 16, 2014
Awesome Rooms and best Service

We've been to Delta Camp in December so there was low water in the delta. We've been pick up at the Airport. The logde is very nice. Everything is made of Wood. The rooms are all different and some of them even don't have doors. As we arrived in the camp there were 5 elephant bulls in the middle of the camp. That was hilarious. We stayed in the treehouse. Even in the treehouse there was a bathroom with shower and a toilet and the view from the terrace was breathtaking. The staff was very very nice and answered every question we had. The food was delicious and I can't complain about a thing. We saw a lot of wild animals while our hiking trips through the bush. In low water season we had absolute no problems with insects. I would go again.

This review is the subjective opinion of a TripAdvisor member and not of TripAdvisor LLC.
AnacrusisAnacrusis
Adelaide, Australia
3113
Reviewed September 21, 2014
The unique Okavango Delta

After the tiny plane flight in, to be met by Mokoro and glide silently through the reeds to the camp, has to be the ultimate experience. Knowledge, my guide, lived up to his name and poled his mokoro to a nearby island where we stalked on foot for hours, returning to a delightful laid back lunch or dinner. We happened upon a wide variety of game and I realised quickly that the water was no barrier to them.
I was the only guest at first and was offered the treehouse by Lennar, the Manager. After the first night and very little sleep, I was shown the other reed huts further back in the island, but demurred and opted to stick it out in the treehouse which has splendid views over the delta and cooling breezes. Elephant and hippos visited at night, the former shaking the palms and bringing down the dates in a huge shower, while the hippos grunted all night up and down the waterway.
A visit to the nearby village, made me realize just how much we take for granted and how different we are. The villagers have no refrigeration or running water and only a couple of small solar panels to generate some power in a couple of huts. They have been stopped from fishing the local crystal clear waters. It seems incredible that they are unable to have at least one tap in the middle of the village. I support the owners' eco friendly stance at Delta Camp and also realize that they are constrained by Government regulations to maintain the Delta's pristine quality.
Try Delta Camp if you want something which will stay in your mind forever.

This review is the subjective opinion of a TripAdvisor member and not of TripAdvisor LLC.
Ucaimaman
Houston, Texas
5456
Reviewed August 20, 2014
THE best camp in the Delta

My wife & I stayed two unforgettable nights in the Tree House at the unique & luxurious Delta Camp. We explored the delta with John, our outstanding & knowledgeable guide & mokoro "gondolier". I highly recommend visiting the Okovango Delta and, when you do, staying at the Delta Camp!

This review is the subjective opinion of a TripAdvisor member and not of TripAdvisor LLC.
monkeypod7
New York City, New York
2312
Reviewed July 8, 2014
The tree house!

We stayed at delta Camp in the off season when we were the only guests. We had the tree house room and it was MAGICAL. Hippos played under our balcony while eagles watches. The staff and guides are fantastic. MD is particularly excellent.

The food is great and you will feel like you are will friends.

This lodge is a hiking lodge, so get ready to roam and see the animals on foot and in dug out canoe. Cannot recommend it here enough.

This review is the subjective opinion of a TripAdvisor member and not of TripAdvisor LLC.
View more reviews
PreviousNext
1…678…14
<script type=