“👌”
Yk16XzFfbmJ0
other traveler has booked this property 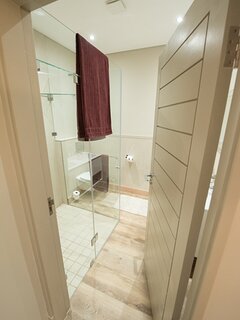 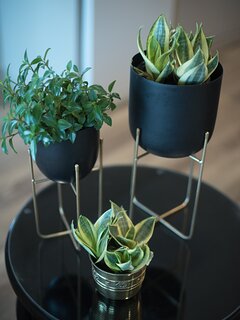 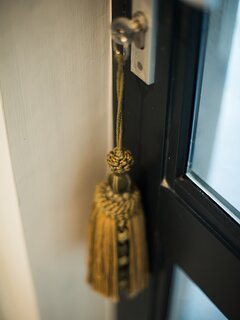 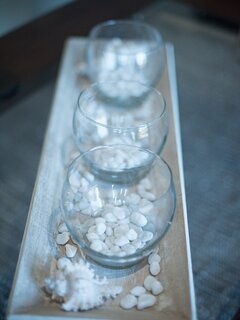 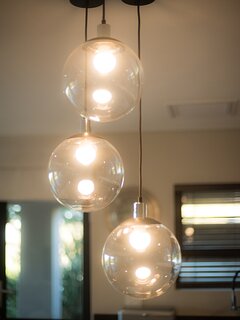 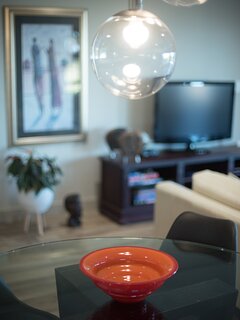 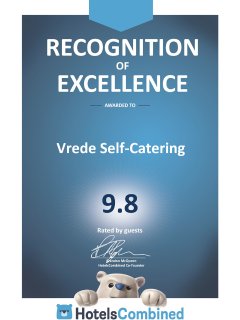 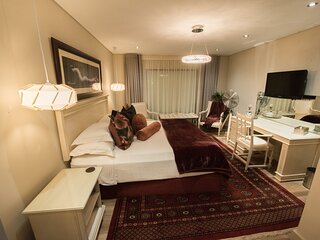 Excellent - based on 199 reviews
Write a Review

Vrede was an absolute treat to spend our holiday. The attention to detail in the apartment is awesome, and such a lovely and secure setting. We loved it!

Date of stay: April 2017
Was this review helpful? Yes
This review is the subjective opinion of a TripAdvisor member and not of TripAdvisor LLC.
Problem with this review? Thank you. We appreciate your input.

4 hotel reviews
“A beautiful, peaceful place where you can leave your troubles behind.”
Reviewed March 20, 2017 for a stay in January 2017

I must start with Maggie who made us feel very welcome. The views from this property are beautiful. There are lovely walks and a short drive to restaurants,shopping centres etc.
Lovely comfortable bed and very friendly staff.
All good

This year, for the 5th time in a row, we were very happy to be able to stay at ‘Vrede Self Catering’ in Somerset West, South Africa for a total of three months. Though the start of our stay was a bit disturbing (to say the least). Because of a long draught, all vegetation was extremely dry. Now and then fires broke out all over the Western Cape. Two days before our arrival, such a fire flared up in ‘Boskloof Eco Estate’ (where ‘Vrede Self Catering’ is situated). Sparks had been blown over from a huge fire on the other side of the mountain. The fire was immediately attacked by helicopters, carrying lots of water and firefighters with firetrucks. Luckily after a day of tension, we were given the green light: our stay could start as planned. Though initially on the day of the actual fire, it looked very bad with all the smoke, after we arrived it turned out that only some trees on a slope high up at the back of the houses and just a few shrubs in front were affected. We were so happy to see that the beautiful view from the house was not affected at all. And now, after six weeks, on the slopes in the back, you could already see new, bright green growth appearing. It turns out that ‘Boskloof’ is a real ‘ECO Estate’.
The stay at ‘Vrede’ was great, as always before. You could possibly not want for anything there. The fact that we keep coming back (in our navigation we call it ‘Home Too’) has several reasons. The great seasonal weather, an enormous amount of golf courses nearby, perfect restaurants and wine estates almost around the corner. Friendly people and a great atmosphere. Plus of course the more than perfect accommodation. The owner, Maggie Howes is in our opinion the world’s (OK, Africa’s…) best host. Just one small example? This year in passing, we mentioned that we are not too fond using the air conditioning in the bedroom -stuffed noses-, but with all the windows open, sometimes the odd mosquito dared to visit us.
No surprise: the next morning a local firm appeared at our door. Maggie had ordered them to also fit fly screens in the last windows. It is an old joke, but I think that if you ever would ask Maggie to jump, her immediate answer would be: “How high and how far ?”
If it existed, when would she be granted her sixth star?
Marilla & Frits Louw

Tucked away high above Somerset West this is possibly the loveliest self catering base that we have ever found. The location is perfect set within the Eco reserve with wide open vistas and the sounds of abundant bird life all around. The apartment is brilliantly presented with super comfy sofas, every possible home comfort you can think of and high quality bedding. The pool is a bonus and views of the sunsets absolutely stunning. From this perfect base venturing out is easy with wine tasting, penguins, False Bay, central Cape Town and stunning countryside all within an easy drive.

Great, fully equipped and save location in middle of nature. Nice lendlords great pool everything was more then alright!

Date of stay: October 2016
Would you recommend this hotel to a friend?   Yes.
Was this review helpful? Yes
This review is the subjective opinion of a TripAdvisor member and not of TripAdvisor LLC.
Problem with this review? Thank you. We appreciate your input.

I recently stayed six nights at Vrede and this was a five star de luxe experience.

Driving up the Estate you know you are in for a serious treat with a room with a view, and this it is. I was welcomed by lovely host/owner Maggie Howes and quickly shown around in the luxurious appartment. A truly grand appartment with lovely decorations and great finishes. Add to this a fantastic bed, excellent bathroom with great shower, well appointed kitchen, a large flatscreen TV with full DSTV bouquet and a great terrace with pool, overlooking False Bay, and there is nothing left to wish for. Another bonus is the lovely claning lady tidying up the place six days a week.

I can honestly say I have been to places, but this is seriously the best self catering spot I've ever been to. Only one small remark to make: should you have upstairs neighbors, you will hear them moving chairs or walking around. But perhaps mine made some extra noise. For the rest nothing but praise!

Date of stay: September 2016
Liked best: Everything
Traveling group: Solo
Would you recommend this hotel to a friend?   Yes.
Was this review helpful? Yes
This review is the subjective opinion of a TripAdvisor member and not of TripAdvisor LLC.
Problem with this review? Thank you. We appreciate your input.

My colleague and I were on a business trip, and thoroughly enjoyed our stay at Vrede - very good value for money in a fabulous house in fabulous surroundings!

Date of stay: June 2016
Traveling group: Other
Would you recommend this hotel to a friend?   Yes.
Was this review helpful? Yes
This review is the subjective opinion of a TripAdvisor member and not of TripAdvisor LLC.
Problem with this review? Thank you. We appreciate your input.
Previous Next
1 2 3 4 5 6 … 29
Updating list...
Do you own a vacation rental? List it here.

Looking for a place to stay in Somerset West?
View all 63 vacation rentals