was going to stay at Hilton but for the... - Ramada by Wyndham Toms River

Ramada by Wyndham Toms River
Ramada by Wyndham Toms River
Lowest prices for your stay
Lock in the lowest price from these sites
$155
$144
Reserve now, pay at stay
View deal
Expedia.com$144
Wyndham$144
Priceline$144
Hotels.com$144
FindHotel$144
Traveluro$155
View all 19 deals
Prices are the average nightly price provided by our partners and may not include all taxes and fees. Taxes and fees that are shown are estimates only. Please see our partners for more details.
conradw224
Ridgewood, New York
1
Review of Ramada by Wyndham Toms River
Reviewed April 25, 2017
Review collected in partnership with Ramada
This business uses tools provided by Tripadvisor (or one of its official Review Collection Partners) to encourage and collect guest reviews, including this one.
See all 1,487 reviews
Nearby Hotels 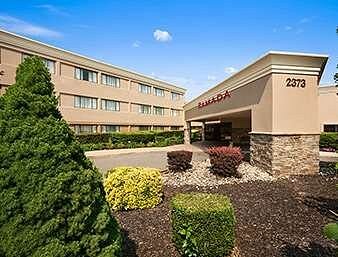 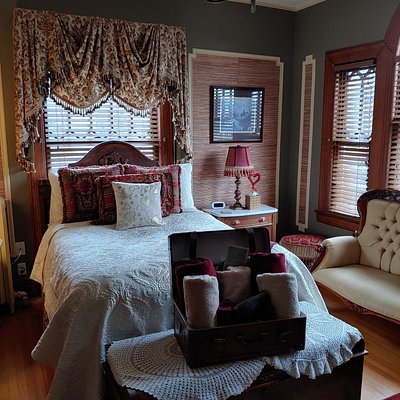 Breakfast included
The Mathis House at 600 Main, A Bed & Breakfast and Victorian Tea Room
$149
Tripadvisor
View deal
Pay up to 12X
Expedia.com
Hotels.com
$149
CheapTickets
$149
View all 9 deals from $149
136 reviews
6.2 miles from Ramada by Wyndham Toms River
We compared the lowest prices from 9 websites 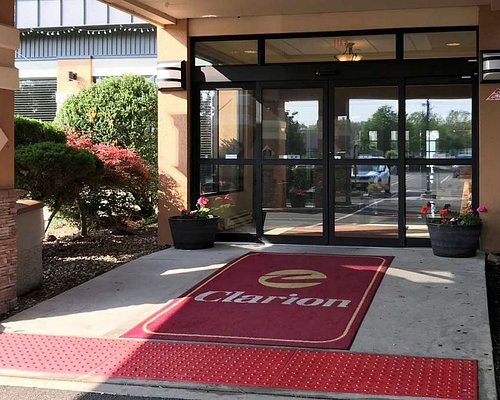 We were expecting a very ordinary experience. With our Mom for a family party nearby and this was the closest place available. The linens were great! And room was a great size with huge bath vanity which I so loved. Service at breakfast was amazing!

Review collected in partnership with Ramada
This business uses tools provided by Tripadvisor (or one of its official Review Collection Partners) to encourage and collect guest reviews, including this one.
Ask suzannep43 about Ramada by Wyndham Toms River
Thank suzannep43

We're so glad that you were pleasantly surprised, and hope you'll visit us again soon! Happy travels!

Report response as inappropriateThank you. We appreciate your input.
This response is the subjective opinion of the management representative and not of TripAdvisor LLC.
Mrsteacherlady
Vermont
6627
Reviewed April 18, 2017 via mobile
Fire alarm, pool closed, no free breakfast...

The hotel is located in one of the many strip mall areas of NJ, Walgreens, Starbucks, etc... all nearby. We chose this hotel because it was close to family and we were just staying for one night. The woman at the front desk that checked us in was friendly. We had a first floor room and it was handicap accessible. It had a king bed and large bathroom, mini-fridge and small coffee maker. Faux wood flooring was a nice change from the usual manky hotel carpeting. We settled down for the evening and around 9pm the fire alarm went off and proceeded to go on and off for nearly an hour. There was no direction on what to do, where to go, and I woke my sleeping child up to evacuate only to be told by another guest that a transformer nearby blew and caused half the hotel to be in darkness and the alarm to cycle on and off and that no one was evacuating. Not once did hotel staff direct guests on what to do. You would think that there would be more communication from hotel staff. There was nothing but a bunch of hotel staff wandering around with flashlights and not seeming to know what to do. The blonde woman on the front desk seemed to dismiss the gathering crowd of guests in the lobby and felt it more important to answer the front desk phone than to address the crowd. I learned more from overhearing her on the phone than I did from her directly. She looked so unenthused and almost put out by the whole situation. Like this really ruined her evening. Try having a sleeping five year old who gets woken up by a random blaring alarm hours after his bedtime. So disappointed. I would think that the hotel staff would be better trained at dealing with this situation. It's unfortunate that there was something wrong with the power supply, I know this to be out of the control of the hotel, but really from an international chain like Ramada I would have expected better management of the situation. Oh and the pool was not open yet in late April and they don't provide a complimentary breakfast. You can order in from the restaurant, but for $3.00 for a cup of tea, I'm going to Starbucks.

Thank you for your review. We are very disappointed that this was your experience. Unfortunately, there was an issue with a nearby transformer that caught fire which caused the hotel to lose power, and this caused the fire alarms to go off. Management arrived at the hotel just a few minutes later to address the issue. Our fire alarms cannot be silenced until the fire department arrives, so it did take a few minutes for them to arrive and do so. Management remained on property until the power returned around midnight, and addressed guest concerns and to check the hotel. In addition, our pool is open from Memorial Day to Labor Day, and our breakfast buffet is an additional fee per person. Again, we sincerely apologize this was your experience, and we hope you choose to stay with us again so we can show you the exceptional accommodations and service we are known for.

I come to the are for business regularly. I love it that the bar hostess D always remembers my name. The hotel is clean and everyone is friendly. The gym could be bigger, but it does have a tv in it. Will stay here again!

Review collected in partnership with Ramada
This business uses tools provided by Tripadvisor (or one of its official Review Collection Partners) to encourage and collect guest reviews, including this one.
Ask Reneeb1978 about Ramada by Wyndham Toms River
Thank Reneeb1978

This review is the subjective opinion of a Tripadvisor member and not of TripAdvisor LLC.
View more reviews
PreviousNext
1…555657…