$123
$113
View deal
Priceline$118
Hotels.com$118
ZenHotels.com$123
View all 18 deals
Prices are the average nightly price provided by our partners and may not include all taxes and fees. Taxes and fees that are shown are estimates only. Please see our partners for more details.
Misterjynx2000
Hawley, Pennsylvania
19055

Our suite had a sitting room and bedroom there was a gallery fridge and coffee maker and were provided a microwave on request. The lobby is spacious with good service, but no free breakfast or even coffee. Our room faced a lower roof where the A/C compressors are located and it was EXTREMELY NOISY at night! More

Thank you for taking the time to let us know how your experience during your recent stay with us. We always like to hear how we are doing with our guest. Thank you also for telling us about the AC units. We have contacted our HVAC contractor to look at the units. We hope to see again.

Report response as inappropriateThank you. We appreciate your input.
This response is the subjective opinion of the management representative and not of TripAdvisor LLC.
See all 481 reviews
Nearby Hotels 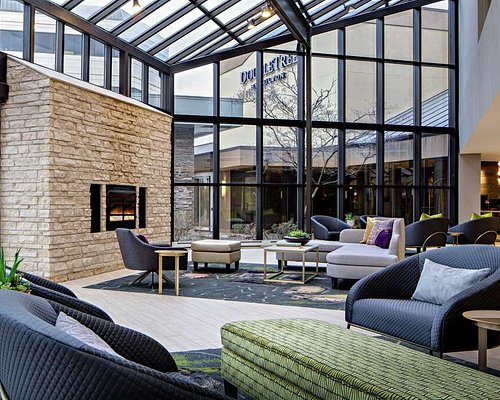 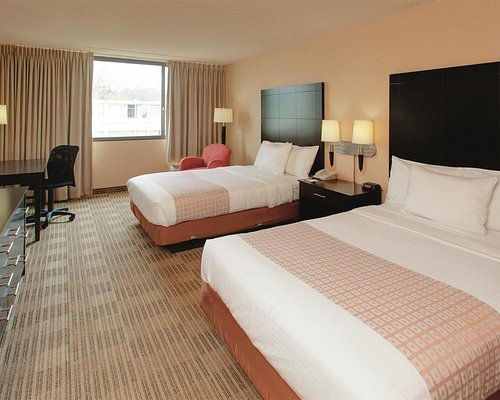 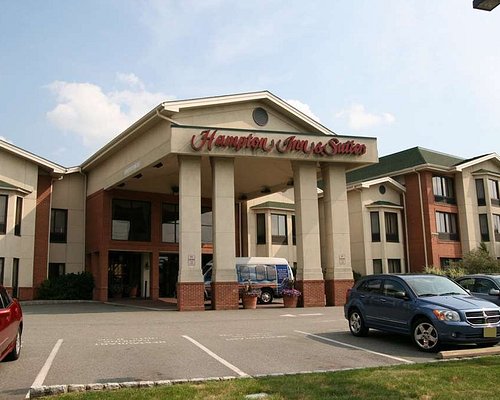 Great hotel. Friendly staff and very clean. Lobby nice to sit and relax. Warm cookies at check in were great! We were staying there for an ice hockey tournament and the group organized hotel for our team. Convenient to rink and local eateries too.

This review is the subjective opinion of a Tripadvisor member and not of TripAdvisor LLC.
Andrew H
Freedom, Indiana
2013
Reviewed August 26, 2019
I should've asked for another room...mine was awful.

To be fair, I've stayed here before and everything went fine. That's why I came back again. So I shouldn't let one terrible experience ruin my overall impression...or yours.
That said, my stay was fated.
First, they were out of cookies when I checked in. An omen, to be sure; but since I'm on a diet, not a bad thing in itself.
Second, as soon as I walked in the room I smelled mold, mildew, mustiness that had to have been from water damage of some sort. Maybe the room above flooded or something. Everything felt sort of damp, so I put a tissue on the carpet in a few places, but it didn't soak up any visible water. I deduced that it was just basement dungeon humidity I was feeling.
It was late, and I was tired, so I didn't ask for another room.
That was my mistake.
But also, this room 127 had outside lights so bright that it seemed like daytime poking through a long slit along the wall that I couldn't cover with the curtains. It's amazing how irritating that was.
And once a few things go sour, you notice other things amiss - the tub faucet sticking out from the wall, missing tiles, minor stuff that I wouldn't have seen if I wasn't already annoyed.
I won't bother saying more since this was not my previous impression.
But it's likely I'll just pick another hotel the next time I'm in town.

We hope that your recent experience was just one of those times that things in the universe don't line up regardless of how hard you try. We all have those days, but here at the Doubletree Hotel, we try to take those worries away. And sometimes we also get hung up as well, and we work very hard to recover. We do hope that you will give us another chance to show you we can do right.

Report response as inappropriateThank you. We appreciate your input.
This response is the subjective opinion of the management representative and not of TripAdvisor LLC.
AYANA C
CLAYTON
1
Reviewed August 25, 2019
Great stay will be back

I enjoyed my stay at the Double Tree by Hilton Fairfield. I had to come back into NJ for 5 weeks straight. So far I have come back to this hotel for 3 weeks because of its cleanliness, comfort, staff friendliness and location. I will be back for my final 2 weeks as well.

Review collected in partnership with DoubleTree by Hilton
This business uses tools provided by Tripadvisor (or one of its official Review Collection Partners) to encourage and collect guest reviews, including this one.
Ask AYANA C about DoubleTree by Hilton Fairfield Hotel & Suites
Thank AYANA C

This review is the subjective opinion of a Tripadvisor member and not of TripAdvisor LLC.
Dennis08053
Marlton, New Jersey
38587
Reviewed August 22, 2019
Nice staff. Accommodations need updating.

Nice staff. Accommodations need updating. A bit of a challenge to get in and out of parking lot. Did not try restaurant. My room had a loud roof top exhaust fan outside the room. Room a/c a bit noisy.

This review is the subjective opinion of a Tripadvisor member and not of TripAdvisor LLC.
Marc M
Boston, Massachusetts
311
Reviewed August 22, 2019
Much to be desired

The bed was too hard, The AC unit was too loud, pillows were too soft, The room smelled like construction dust , one of the treadmills was broken in the gym, No place to eat nearby, the only restaurant had a limited menu. Nightstands in the bedroom were awkward little tables. Would not return to this hotel.

Review collected in partnership with DoubleTree by Hilton
This business uses tools provided by Tripadvisor (or one of its official Review Collection Partners) to encourage and collect guest reviews, including this one.
Ask Marc M about DoubleTree by Hilton Fairfield Hotel & Suites
1  Thank Marc M

We are sorry to hear that you need not have a great experience during your stay. We pride ourselves on taking care of our guest and that includes making sure that we have a great menu in our Nectar Kitchen and Bar. It is a full service restaurant with many options for dinners. As well we are directly across the street from numerous restaurants that specialize in American fare to Tex-Mex and Sushi. We also provide shuttle service to the Willow Brook Mall where there are also several very fine restaurants.

We do hope you will give us another chance to show you that we can do it right.

Report response as inappropriateThank you. We appreciate your input.
This response is the subjective opinion of the management representative and not of TripAdvisor LLC.
View more reviews
PreviousNext
1…151617…
<script type='text/javascript' crossorigin='anonymous' async onerror='__scriptLoadError(this,true);' sr